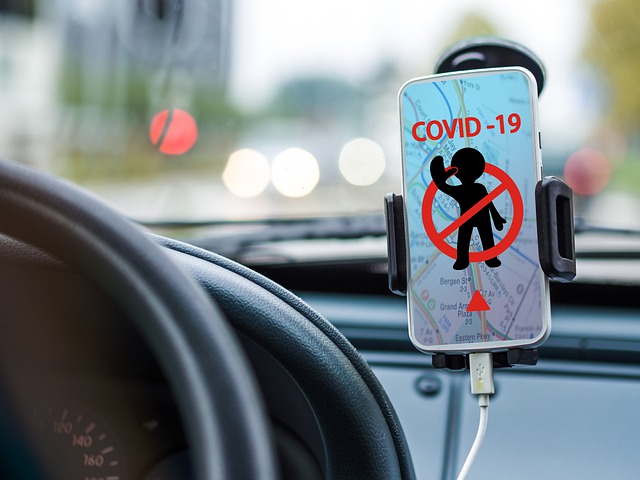 Image by Gerd Altmann from Pixabay

The great philosopher Jimmy Buffett once noted that “It’s those changes in latitudes, changes in attitudes. Nothing remains quite the same”. Over the past few months, my travels have taken me to several countries in the EU, as well as back to my home in the USA. At the end of my travels, as I begin a new chapter of my life in Brussels, I think it’s appropriate to reflect on different approaches I saw responding to the global pandemic.

Our story begins in Italy. I was a student at Johns Hopkins University in Bologna when the virus began to develop a significant presence in Europe. In the early days of February, shops and restaurants were still open, people continued to walk the streets freely, and masks were only for costume parties. There was minimal visible evidence that life was going to change in any significant way.

Youthful confidence drove me to begin my planned spring break holiday a week early, so that I would still be allowed to leave Italy. On March 8th, I moved through the airport to board my flight to Dublin. There were no checks of my health or any other reference to Covid-19. The only indication that something was different was how empty certain tourist attractions were. , From Dublin I continued to London, where my experience was the same. It was honestly a blessing to tour the British Museum and the Tower of London in near isolation, even if there were increasingly fewer places to get food.

By the end of the two-week trip, the world was becoming more complicated. Italy had gone into total lockdown, most tourist locations in the UK were closing to the public, and the USA was threatening to close its borders. At my mother’s urging (you have to keep her happy), I returned home. When I landed in Miami, I was ready for a mass of confused federal employees attempting to implement the latest policy. What I was met with was, to be honest, underwhelming. There was no temperature check or any questions about where I was from if it wasn’t China. I was then released into the country with only a suggestion to self-quarantine for two weeks. As I finished the semester from my kitchen table, I watched both the USA and Italy further change their strategies to tackle Covid-19. Pictures and stories from my classmates still in Bologna showed a ghost town. The nationwide lockdown in Italy was in full effect, and people were desperate for any excuse to leave the house. However, from what I was seeing, people were keeping solidarity in complying with the restrictions and moving past this disruptive period.

This straightforward, unified response was a stark contrast to the US’ strategy, where the response was a patchwork of differing state and local regulations. While I certainly agree that one of the benefits of focusing on local government is that solutions can be more carefully tailored to the community, the lack of any real national strategy was obvious.  As the pandemic worsened, the other thing that stood out to me was how many of the measures proposed to limit the spread of the virus became subjects of political or cultural disputes. A representative example of the population’s divide over the virus was evident in their opinion of wearing masks. Many stores required patrons to wear masks, but some forced customers to take them off. There were countless stories of people being harassed or even assaulted over their decision to wear a mask or not. Wearing a mask became so political in the USA that there have even been several shootings over the issue. Many reasons have been put forth for the divide, including skepticism about scientific experts, supporting political leaders, and beliefs regarding personal rights and freedoms. Regardless of the reasons given, the divide in the country was evident.

This divide was also in direct contrast with my experiences and observations when I returned to Europe to pack out my apartment and move to Brussels. As I began my trip from Chicago, there were no checks on whether I might be sick or any question about where I was going anywhere inside the airport. Even when I boarded my flight to my first European destination, Amsterdam, there were no checks that I had a valid reason for travel. By contrast, every time I entered an airport in Europe, I had my temperature checked. Each time I boarded a flight, I had to submit documentation to show where I had come from, including the street address, where I was going, and what the specific reason for my travel was. I signed these documents under penalty of law that the information I provided was accurate. During one of these checks, I witnessed another traveler be turned away since he did not have a compelling reason for his travel.

These differences in scrutiny at transportation hubs were mirrored in my interactions with people on the street. Almost everyone I saw in Europe was either wearing or carrying a mask, and businesses that were open all required protective equipment. This committed approach by both the European governments and citizens to slowing the spread of Covid-19 certainly impressed me, even if at times I was annoyed to be filling out the same form over and over again.

The result of these contrasting policies is exactly what one would expect. Europe has flattened the curve and is looking to open in a more sustainable fashion. Meanwhile the USA continues to see spikes in cases throughout the southern part of the country, even as President Trump and his administration are attempting to claim that the pandemic is over. In fact, the severity of the increase in US cases has prompted the EU to seriously consider banning travel from the United States to any of their member states.  Hopefully things will improve with time, but the haphazard management of this crisis has put the USA far behind Europe on the road to recovery.

Despite all differences in latitudes and attitudes around the world, we need to come together as global citizens and take the simple measures in our everyday lives that will hopefully bring about the end of this crisis. We have a right to do as we choose, but I also feel that we have a responsibility to make sure others can be healthy enough to do the same.

Looking at the history of Autism Spectrum Disorder (ASD) from the 1930s – when Austrian psychiatrist Leo Kanner diagnosed Donald Triplett as the first case of autism at age 5 – to the present day, one can understand that there have been great strides in health area since then. According to the CDC (Centers for…

I have spent most of my working life in schools through a number of arts-in-education programs. I began on Long Island, east of New York City. Then I moved to the Canadian prairie where I have lived in or near the city of Winnipeg ever since. At a certain point, I had a realization. All…