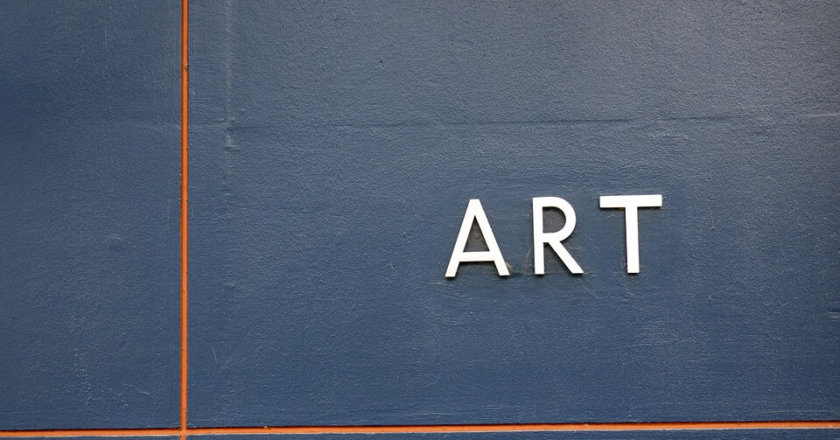 The growing power of the Hungarian Academy of Arts (MMA) has been suppressing the art community. But it’s fighting back.

The Hungarian Academy of Art (MMA) has become such an frequently used name amongst Hungarians, even those who have very little contact with culture. We have become so used to the long shadow of its ever growing power in the past six years, that we are only really confronted with the irrationality of this monstrous institution when we attempt to explain it to our foreign friends.

Such openly ideological, state operated cultural institutions are almost entirely unknown in the developed world. It is also rare that one encounters such a powerful actor in cultural politics as the president of the MMA, György Fekete.

The Orbán government’s constitution – problematic in itself – came into effect in 2012, January 1st. Ever since the MMA was mentioned by this constitution, it has emphasized that its role in Hungarian culture is to “protect our cultural values, especially to preserve, transfer and present the nation’s artistic traditions” for future generations. Fekete has often openly emphasized that „evident national consciousness” is a prerequisite for any member of the Academy.

In the course of fall 2012, the Hungarian government injected 2,5 billion forints (8 million euros) into the MMA, and this amount has been growing steadily since then, as is evident from the Academy’s budget. Additionally, several institutions previously been owned by the state, such as the Budapest Hall of Art, the Vigadó Concert Hall and the Hild Palace, came into the Academy’s possession in 2013.

What are the consequences of these decisions for Hungarian art?

The recent authoritarian grip on art follows the same openly ideological school of thought that is in line with the current government’s politics and has already spread to all other institutions and organizations governing various areas of society.

As far as the profession itself is concerned, opinions of experts in the field are completely disregarded and consultations are bypassed or openly rejected.

Laws and regulations are recast to suit personal needs and do not take into account the continuity of institutional history. As far as the profession itself is concerned, opinions of experts in the field are disregarded. And if consultations are not bypassed or openly rejected, it is usually because their outcome is foreseeable and can be used to create an appearance of legitimacy and a functioning democratic system.

Public wealth is distributed amongst clientele, chosen on the basis of a similar world view and loyalty to the current system rather than of true merit.

The consequence of all of the above, similarly to the slow dismantling and the destruction of skilled workforce by the state funded educational system, is, in other words:

The destruction of our future

In practice that means that those who do not want to commit themselves to a certain world view or approach cultural work as a profession, e.g. the younger generations, are forced to work under incredibly precarious conditions, both economically and politically.

Of course, not everything can be chalked up to the government; the tensions have been on the rise ever  since the collapse of the communist system. Also, the situation in Hungary is a part of global current trends, which affect cultural workers and intellectuals, young and old, who find themselves in an increasingly vulnerable position across Europe. The government’s responsibility lies in escalating this situation to its extremes.

The government’s responsibility lies in escalating the situation.

There are but a few people under 35 among the MMA’s members, and women only make up 16% of them (that still beats the parliament’s 9%). These numbers are indicative of how the Hungarian government feel about the role of women in society.

What attempts were there to stop these developments?

● The Free Artists is a group founded in December 2012 by art students and practising cultural workers (artists, curators, aesthetes) of the Young Artists’ Studio. The group organizes regular protest actions, collects information and comments on cultural political events on several blogs.
● Outside It’s Wider is a project that came into being in January 2013 and ended officially a year after. Its participants had urged contemporary Hungarian artists to react to the changes in Hungary’s cultural political life and in its overall political atmosphere.
● The Tranzit.hu website launched its Day of Action series in April 2013. The website was joined by organizations for applied arts to provide commentary on the state of affairs in art and culture, “organize a series of events to promote political information, share practical tools and facilitate tactical coalition building, that would involve affected people and build cooperation with advocacy groups and people who are active in fields other than art”.
● In May 2013, the Coalition For Contemporary Art organized a long demonstration in front of the Ludwig Museum, occupying the museum’s steps. They were demonstrating against the classification of the tendering process for the position of the Museum’s new director. They also aimed at putting pressure on cultural decisions by generating professional dialogue. Their second notable protest action was the symbolic funeral of the Hall of Arts in October 2013.
● In March 2014, the Free Artists group protested against the attachment of the Vigadó Concert Hall to the MMA by organizing a live performance as an act of civil disobedience in front of the building. The activists were removed by the police.
● In November 2015, the Free Artists initiated a controversial discussion at the general meeting of the Academy about changes regarding the National Cultural Fund, which would give the MMA even more power.

If protests have, for now, admittedly proved rather ineffective, it was not because they were not sincere in their intentions or inconsistent, but because of professional divisions and weak self-advocacy.

Hungarian culture’s strong financial dependence on the state can be traced back to our institutional past. Due to the strong economic support after the regime change there was a boom in culture. However, creator autonomy and freedom of speech gradually decreased.

It has also become difficult to identify with the current government’s moral and political rhetoric. Is it acceptable to apply for funding by the government when it represents the exact opposite of everything that a cultural worker thinks and believes in both as an individual and a professional?

How could we access public assets and funds more justly?

Prioritising “unquestionable national consciousness” is absolutely unacceptable for most of the prominent actors. Where to draw the line in cooperation with the official cultural policy and its institutions for personal advancement is up to the individual’s own conscience and morals. But the general atmosphere has further fragmented the domain of culture too. It has been argued that an independence from the state is an inherent value and important goal in itself.

This independence would mean bringing commercial actors into the civil- and value centric cultural sphere. Opinions differ on whether this can simply be construed as modernization, as a means to survive in a neoliberal economy, choosing the “rationally lesser evil”, which works according to particular demands of the market, but would only result in dependency on a different set of cultural and economic forces.

The basic question remains the same in other domains as well: how could we access public assets and funds more justly?

The OFF Biennale was the first attempt to give an institutional answer to this question. It mobilized people to test the hypothesis according to which it could be possible to organize a high quality biennale without the use of state funds and institutions. The event was organized through different grants, donations and a great amount of volunteer work in Spring 2015. Thanks to its success and very positive international reactions, the preparations for the second biennale in 2017 have already begun.

The Teleport Gallery was a project started by young curators. Their central concept, which could also be seen as a moral stand, is organizing exhibitions of young artists’ works in institutions that were “important in the progressive art discourse of the ’60s and ’70s, but are less important in contemporary art exhibition practices.” This initiative also problematized the accessibility of culture in its own way.

Solidarity among professionals, combined with a cautious opening up to the market

The Studio of Young Artists Association (FKSE) plays an important role in supplying the arts with new actors. It is a rare type of creation, as it is an independent civil, state funded organization, which was founded already in 1958 with the aim of supporting young artists at the beginning of their careers in order to help them find their place in the profession. It still has the same function today.

As an advocacy group it has regularly criticized the activity and spreading of the MMA. The support of the state has been reduced accordingly, so that its current leadership called together a forum in 2016 to discuss the transformation of the National Cultural Fund and decided not to apply to them for any grant, thus protesting against the MMA.

In 2006, after leaving the Ludwig Museum, Barnabás Bencsik founded ACAX, which played an important role in positioning the Hungarian art scene on the international media stage. Through his excellent residency program at his Studio House he provided several prominent international artists with the opportunity to work in Budapest.

The MMA’s is destined to disintegrate as a consequence of its generational characteristics and its rigid and unproductive structures. Hence, apart from seeking out alternative funding options, building up alternative institutional systems and the solidarity within the profession, and opening up cautiously to the market, it is also crucial to keep thinking about an authentic institutional system of art and the ways we want to build a fair cultural policy program that will allow Hungary to fit into the universal art discourse for the time after MMA.

While still being in its infancy, this discourse is the profession’s common interest.

This article was written as part of the Network 4 Debate project, supported by the International Visegrad Fund, and is republished here as part of an editorial cooperation with PoliticalCritique.org.