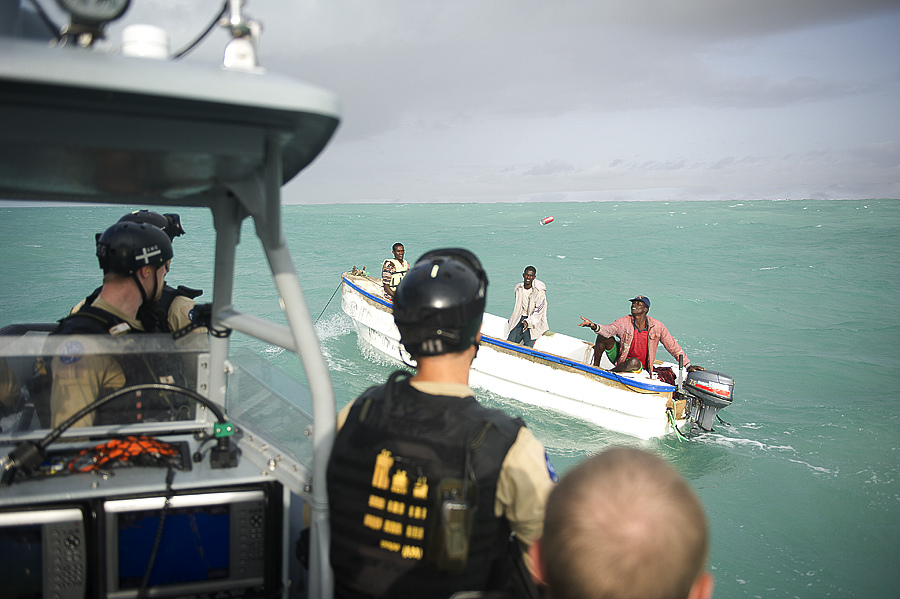 On Monday, 18 May, the EU Foreign and Defense Ministers agreed to establish a naval force, EUNAVFOR Med, to combat human smugglers operating off the coast of Libya. The force is part of the European Union’s response to the increasing number of irregular migrants crossing the Mediterranean Sea in hope of finding a safe haven in one of the Union’s member states.

EUNAVFOR Med will be headquartered in Rome and headed by Italian Rear Admiral Enrico Credendino. It is expected to become operational next month, stated the EU’s top diplomat Federica Mogherini. Its work is comprised of three stages, beginning with intelligence gathering, followed by “inspection and detection” and finally “neutralizing” traffickers’ facilities. The final stage will most likely require a military presence close to, or even within, Libyan territorial waters.

As some of the pieces of the European Agenda on Migration unveiled last week slowly fall into place, criticism from member states over the refugee quota system are beginning to surface.

If military force is to be used to disrupt and destroy smuggling networks outside the EU’s land mass and territorial waters, the European Union requires UN Security Council authorization. The process of drafting a resolution to that effect is being led by the UK and will predictably be an arduous one. Concerns over possible boat-sinking have already been voiced by Russia, a veto-yielding permanent member of the UN Security Council, as well as by the UN Secretary-General’s Special Representative for International Migration, Peter Sutherland. Reluctance in supporting the seek-and-destroy naval mission was also echoed in a daily press briefing by Marie Harf, spokeswoman for the US Department of State. Answering questions regarding US support for the naval operation, she said “broadly speaking, we believe that any response should impose consequences on criminal smugglers and their assets. It should avoid putting migrants in further danger.”

As some of the pieces of the European Agenda on Migration unveiled last week slowly fall into place, criticism from member states over the refugee quota system are beginning to surface. Would-be supporters of the European Commission’s plan started having second thoughts almost overnight. France’s about-face is probably the most telling. Originally counted as a supporter of the plan, the French government is now taking a step back, with politics surely serving as the motive behind the shift. With the presidential and legislative elections less than 2 years away, accepting the quota system is an unsellable option for the ruling Socialists. The tide is turning on one of Europe’s most generous nations, in terms of opening its doors to migrants and making decisions that benefit asylum seekers.

With the presidential and legislative elections less than 2 years away, accepting the quota system is an unsellable option for the ruling Socialists.

Less unexpected is the UK’s decision to opt out of the refugee resettlement plan, as well as Hungary’s staunch opposition to the binding national quotas. Addressing lawmakers in Strasbourg, Hungarian Prime Minister Viktor Orbán stated that the plan is “absurd, bordering on insanity.” He went on to say that “these are economic immigrants who are just in search for a better life…. Unfortunately in Hungary we can’t give jobs to all of these immigrants.”

Critical voices have also been heard in Poland, the Czech Republic and Slovakia. Opponents of the quota system are getting dangerously close to achieving a blocking minority in the Council of the European Union, which could spell disaster for Jean-Claude Juncker’s proposals contained in the European Agenda on Migration.