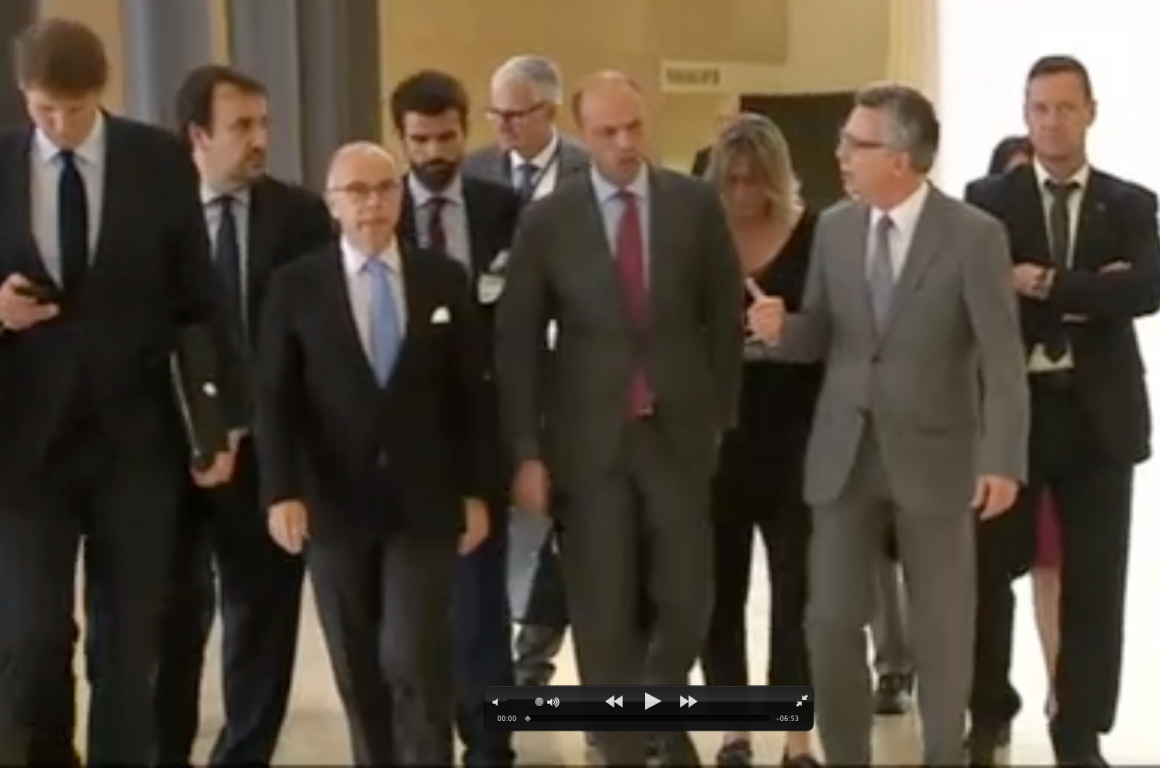 On Tuesday, 16 June, EU Home Affairs Ministers met in Luxembourg to discuss a plan to distribute asylum seekers more equally across the 28-member bloc. The scheme is part of the European Agenda on Migration, a bundle of several different and concrete measures proposed by the European Commission to respond to the current migration crisis.

Over the last months, the number of migrants venturing across the Mediterranean in the hope of reaching Europe has skyrocketed. With little support from other member states, Italy and Greece have been left to bear the brunt of dealing with this influx of people. Both countries want other EU member states to help out and ease the burden, as they consider this to be a shared European responsibility. What the European Commission proposed and wants to enforce is a redistribution of some 60,000 migrants across 25 member states. According to Frontex, this is the number of migrants who made it to Italy this year alone. The UK, Ireland, Denmark have already opted-out from the scheme.

There are already 40,000 asylum seekers in Italy and Greece awaiting relocation to other EU nations over a period of two years. The move is expected to ease up pressure on the two countries and provide a fairer system of burden-sharing. However, expedient interests quickly kicked in once talk of mandatory relocation quota started.

Apart from the three EU member states that have opt-outs from the scheme, Central and Eastern European countries proved the most vocal in expressing opposition to the migrant redistribution plan. No surprise that we find Hungary leading the naysayer’s charge. Hungary’s Prime Minister, Viktor Orban, has long been at odds with Brussels over his xenophobic rants, a controversial constitutional reform and recent talks of reinstating the death penalty. Now he’s back at slamming the EU policy on migration by calling it too permissive and “a threat to European civilization.”

Another reason why the EU resettlement plan remains in a political gridlock is the smoldering dispute between France and Italy. Even though neither side would dare concede to a strained relationship we can’t help but notice that France’s decision to turn back migrants from its borders with Italy has become quite a bone of contention.

A welcome sigh of relief came during the Luxembourg meeting when ministers of France, Italy and Germany put on a show of unity and agreed to a joint system of identifying migrants arriving at sea and swiftly relocating them across the EU. “France, together with Germany and Italy support a relocation and readmission mechanism”, said the French Minister of Interior, Bernard Cazeneuve. Whether that is true or not and whether the move will push the relocation plan forward is something to be discussed on June 25-26, when EU leaders meet in Brussels in another attempt to solve the Mediterranean migration crisis.

The abuses and exploitation that refugees face at the hands of human traffickers fail to explain or justify the level of opprobrium in the Western media.