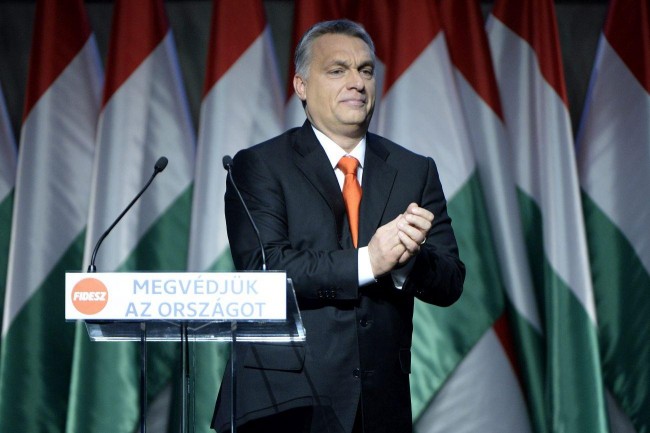 This Sunday (2 October), Hungary will hold a referendum on whether to accept the European Union’s mandatory quota system for the resettlement of refugees. The result will put the EU’s values to the test.

Hungary’s Prime Minister Viktor Orbán is leading a “zero refugee” campaign against the quota and the illicit movement of migrants across its borders. He argues that the EU’s plan would strip Hungary of its national sovereignty and cultural identity.

Orbán, who has been in power for the last six years, has clashed with the EU on numerous occasions, on issues ranging from his views on the independence of the judiciary and the central bank to his stance on the migrant crisis.

As recently as September 2016, the EU made an agreement for the re-settlement of an additional 120,000 migrants across the continent. Hungary was asked to house 1,294 refugees. From the start, Orbán said he would not support this plan and has made it clear that he would mount a legal challenge against the resettlement of migrants in EU member states, including his own.

Already well-established as the migrant route’s main port of entry into the EU’s border-free Schengen zone, Hungary last year found itself at the centre of Europe’s refugee crisis, as one and a half million irregular migrants arrived at Europe’s gates. Orbán’s government last year built a razor wire fence along Hungary’s southern border, in an effort to seal it against the influx of migrants. A popular move at home, but one that was broadly condemned by human rights groups.

German Chancellor Angela Merkel’s attitude towards the matter could not have been more different from that of the Hungarian premier. At first, she welcomed large numbers of refugees to the EU, arguing that they would not be a burden but a blessing for the bloc, revitalising its stagnant economy and ageing population. But after coming under extreme pressure, both at home and abroad, even Merkel has changed her tune. She now concedes that a large influx of migrants in a short space of time may be too much of a strain for some countries to bear.

For Hungary, integrating the migrants allocated under the EU’s resettlement plan could be a challenge. As Hungary is by no means a rich country, critics say it would put an unacceptable burden on taxpayers and extra pressure on public services. But the EU has already threatened Hungary with fines of 250,000 euros for every migrant it refuses to accept.

In spite of this, between 73 and 75% of voters across Hungary still agree with Orbán’s zero tolerance approach to migration, in large part due to the perceived threat they pose to national security and the fear of terrorism.

On the other hand, between 23 and 25% of Hungarian citizens support the EU quota system, according to the most recent polling results. Orbán’s opponents argue that the refusal to accept the EU quota flies in the face of Europe’s core values of democracy and liberalism.
But Hungary’s referendum is representative of the sentiments across Central Europe toward the quotas the refugee crisis in general.

This is a republished version of the original published article on the Our World Too website, which you can access here When countries capable of absorbing environmental refugees are at or beyond their carrying capacity, every individual on the planet becomes a potential environmental refugee with no place to go (John Cairns Jr.) Natural disasters are…