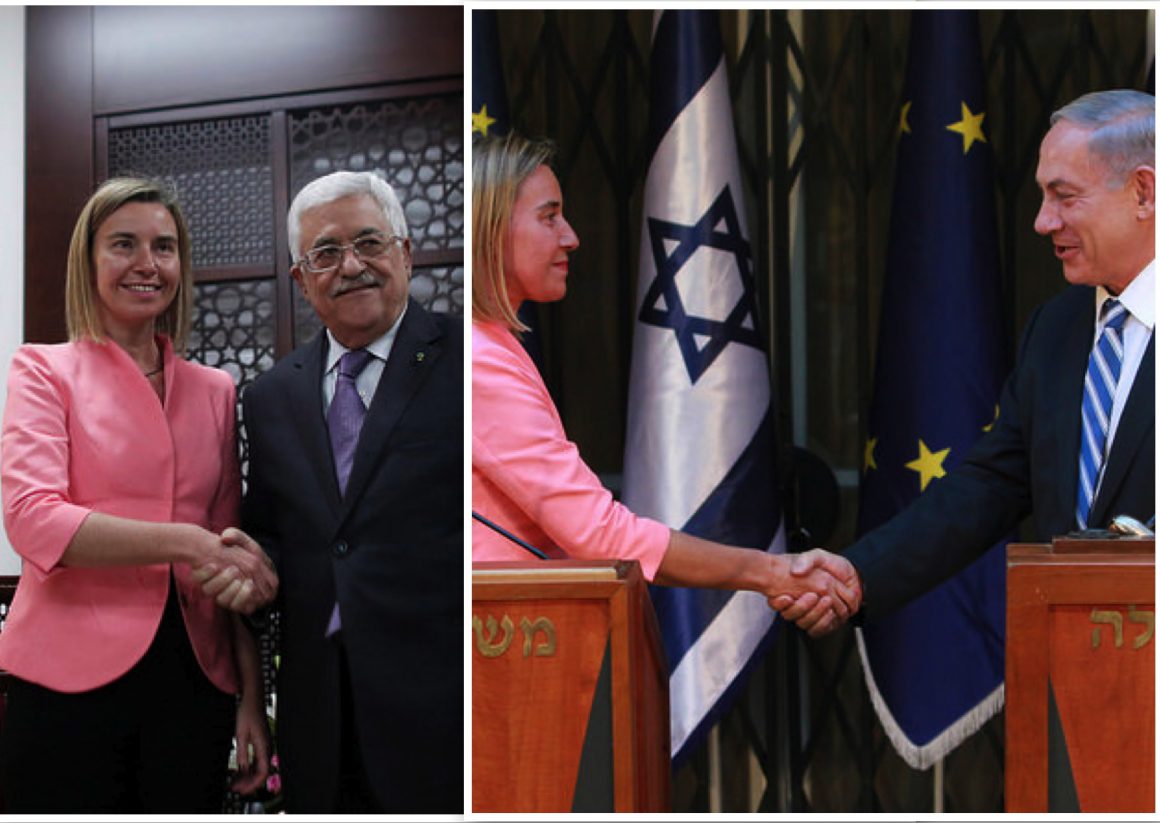 EU Foreign Policy Chief Federica Mogherini visited the Middle East in the hope to revive peace talks between Israel and the Palestinian Authority grounded to a halt more than a year ago. The two-day visit (20-21 May) to the region included meetings with Israeli Prime Minister Benjamin Netanyahu and Palestinian Authority President Mahmoud Abbas, and was aimed at ramping up the EU’s involvement in the Middle East peace process in collaboration with the US, Russia and the United Nations (the Middle East Quartet).

Mogherini’s visit comes against the backdrop of increasing tensions between the two sides. On the day of her meeting with Mr. Abbas a row erupted over a controversial plan to stop Palestinians from using the same buses as Israeli settlers. Though the controversial move has been suspended, the rising tensions keep hopes of fast-tracking the Palestinian-Israeli peace process at bay.

The new Israeli government, which comprises members who strongly oppose Palestinian statehood, is unlikely to make any concessions towards a two-state solution. The move to the right of Israel’s leadership can only complicate the already strained relationship with the Palestinians and the International community. We can even expect to see an increase in settlement activity, when scaling back on the number of Israeli settlers in the West Back has always been one of the chief demands for the Palestinian Authority to engage in the peace process.

In the months to come, EU leverage will be put to the test. It will likely have to deal with a double-faced Israeli administration. On the one hand, Prime Minister Netanyahu will try to look conciliatory towards the two-state plan, as he seeks to garner support and improve ties with the international community. He indicated that much at his meeting with Mogherini. On the other hand, though, the facts on the ground hint to a different reality – that of a right-leaning government, which opposes the two-state solution and strongly backs settlement activity in the West Bank.

During talks with President Abbas in Ramallah, Federica Mogherini met the same flurry of demands the Palestinian Authority usually brings to the negotiation table: Israeli freeze on settlement construction, release of Palestinian political prisoners and recognition of a Palestinian state based on the 1967 borders.

It remains to be seen whether the EU will manage to fill the void left by the US as a peace broker in the Middle East. Deciding to use its full might in pushing for a feasible solution, including economic sanctions imposed on an unyielding Israel, seems a bridge too far. We will probably have to wait until after a deal is reached with Iran to see a more firm EU effort to tackle the Israeli-Palestinian problem.