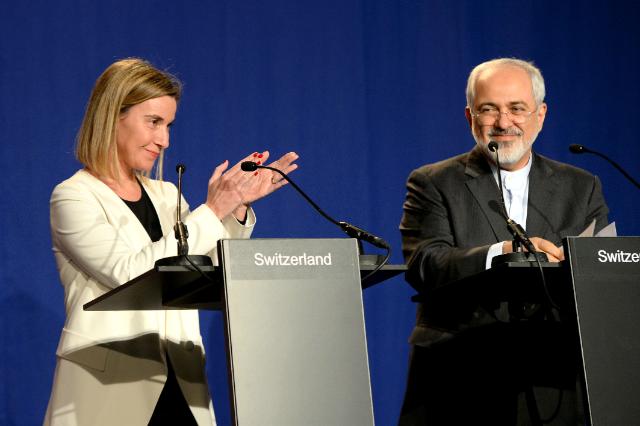 Following negotiations over several years, and a marathon session from 26 March to 2 April 2015, the six world powers (China, France, Germany, Russia, UK, US) plus the EU reached agreement with Iran on key parameters for ensuring that Iran’s nuclear programme is for peaceful purposes only. A Joint Comprehensive Plan of Action (JCPOA) will now be drafted, on the basis of the agreed parameters, by 30 June 2015 and implemented thereafter. As detailed in the joint statement issued at the end of the negotiations in Lausanne, Switzerland, by EU High Representative Federica Mogherini and Iranian Foreign Minister Javad Zarif, this “decisive step” was made possible thanks to “the political determination, the good will and the hard work of all parties”. 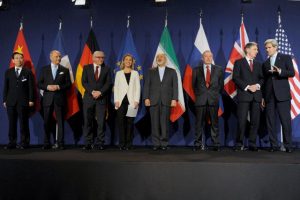 The successful outcome of the negotiations was hailed as a “historic understanding” and a “good deal” by the US President, who made a special statement in Washington, D.C. Mr Obama had been under increasing pressure by critics in the US Congress, the Israeli Government and Sunni Arab allies, notably Saudi Arabia, who basically opposed a deal with Iran. However, this “robust and verifiable deal”, is “our best option”, according to the US President, who announced moves to explain the deal to the US Congress and public, the Israeli Prime Minister and the leaders of the Gulf Cooperation Council, whom he invited to Camp David for a meeting this spring.

If it actually takes effect, in the form of the eventual JCPOA, this deal will significantly reduce Iran’s nuclear enrichment capacity and set in place a stringent monitoring and verification regime that will last over the next couple of decades. Iran’s compliance with the agreement, to be verified by the International Atomic Energy Agency (IAEA), will be rewarded with the phased lifting of nuclear-related sanctions imposed on it by the US, the EU and globally through the UN Security Council. The latter is expected to endorse the JCPOA, once agreed, by issuing a new resolution. Such developments, which are now within reach, would go a long way towards normalizing relations between Iran and the West, at a time when their interests overlap on several important issues, including the fight against ISIS and the stabilization of Iraq and Syria.