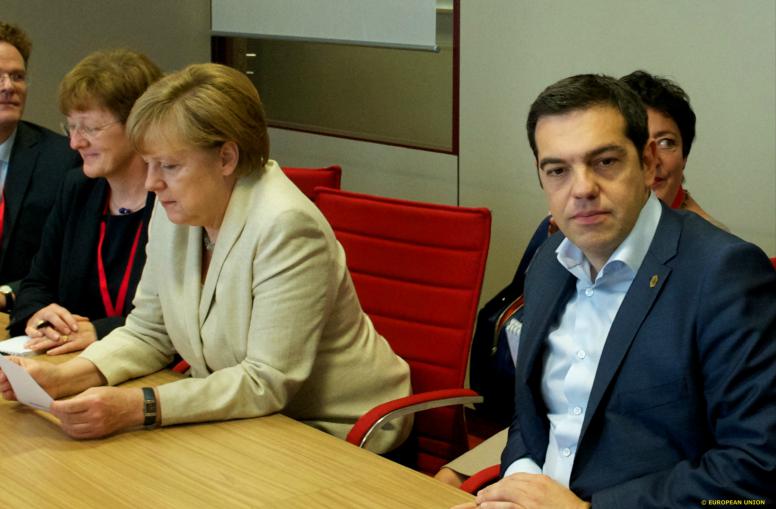 Tuesday morning, 12 August, marked a respite in an overly protracted Greek crisis. The Greek government and its creditors reached a deal on the country’s third bailout package. The agreement is not yet set in stone, as the Greek Parliament is expected to vote on it on 14 August. This will be the country’s third financial rescue in five years.

Rubber stamping the deal by Eurozone members and especially by Germany requires the Greek Parliament to be called back from its summer recess and approve a series of tough measures aimed at keeping the country afloat. Amongst these contentious measures are the phasing out of early retirement, scrapping tax breaks for islands by the end of 2016 and deregulation of the energy market and the implementation of planned privatization. Greece is also expected to renounce certain state subsidies given to farmers and increase taxes. It remains to be seen whether the creation of a €50 billion privatization fund to help repay Greece’s debt and refinance banks is still in the cards.

Time is of the essence if the first tranche of the aid package is to be disbursed in time for Athens to repay some €3.4 billion due to the European Central Bank. In order for that to happen, the deal must be finalised and approved by 20 August by both Greece and its creditors.

To come into force, the €86 billion bailout needs a political agreement from Eurozone member states and especially from Germany. Germany’s willingness to sign the bailout agreement before all issues are settled remains very much in doubt. Chancellor Merkel made it clear that Germany opposes any haircut and restructuring of the Greek debt, as it was suggested by the International Monetary Fund. Furthermore, Germany wants the IMF to participate in the bailout deal.

If approved, the bailout will close a tantalizing round of talks between the Greek government and its creditors. The new spending cuts included in the deal will bring Mr. Tsipras’ leftist, anti-austerity Syriza party to a complete ideological U-turn, angering its supporters even further. Some Syriza MPs are expected to vote against the deal and the other fiscal measures required before the bailout can fully kick in. There is speculation that Mr. Tsipras could call early elections once the deal is signed.

Meanwhile, investors reacted with relief to the news of the deal making inroads, with shares in Athens closing 2.14% higher after three straight days of gains.

The European Commission also confirmed the accord reached with Greece, with a spokeswoman saying on 12 August: “We have achieved an agreement in principle on a technical basis and talks are still ongoing on details… What we don’t have at the moment is a political agreement and that’s what we need.”