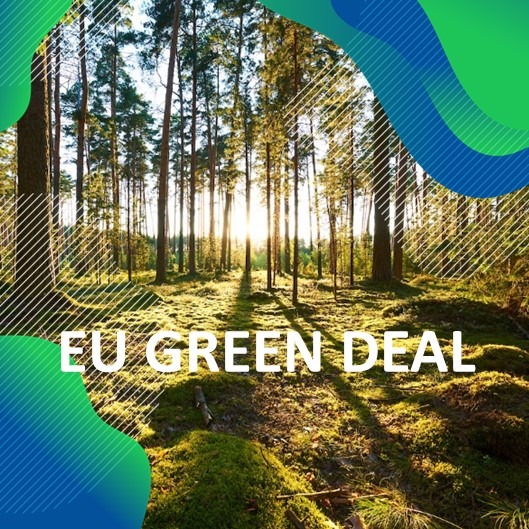 The European Commission recognises that ambitious climate action is ‘this generation’s defining task’. As such, it has proposed a European Green Deal, which aims to transform the EU’s economy to produce zero net greenhouse emissions in 2050 and decouple economic growth from resource use, in line with the United Nation’s 2030 Agenda and the Sustainable Development Goals. To meet this ambition, the Commission announced a 10-year €1 trillion Investment Plan. From the estimated climate-associated risks that the world’s largest corporations face, to the estimated cost for the United Kingdom to become carbon neutral, to the European Investment Bank transition to Europe’s climate bank, to planting trees to capture carbon emission, trillion is the recurring headline-grabbing figure. Whether chosen to reflect the actual needs or for its sensational impact, the trillion-euro question is: does this Green Deal produce not just a transition, but a Just Transition?

As President Ursula Von der Leyen has made clear, ‘The transformation ahead of us is unprecedented. And it will only work if it is just – and if it works for all.’ Because of this imperative, the Commission simultaneously announced a Just Transition Mechanism, which will mobilise at least €100 billion in investments over the period 2021-2027 to support citizens of the regions most impacted by the transition. In dialogue with the Commission, Member States will draw up territorial just transition plans that set out the social, economic and environmental challenges and detail needs and measures for economic diversification, reskilling and environmental rehabilitation.

The Mechanism will operate through the Just Transition Fund, a dedicated window under InvestEU to leverage private finance, and a public sector loan facility by the European Investment Bank (EIB). Only €7.5 billion will be ‘fresh’ EU funding provided to the Transition Fund, which Member States will need to match with between €1.5 and €3 from the European Regional Development Fund and the European Social Fund Plus. The distribution of the Just Transition Fund will reflect the capacity of Member States to finance the necessary investments and already different Member States are scrambling to receive a significant share of this funding. However, the amount of fresh money is certainly insufficient to fulfil meaningful just transition plans. The European Trade Union Confederation noted that ‘the funding proposed for 10 years is what would be needed every year to achieve climate neutrality by 2050 in a fair way’. Unfortunately, prospects for increased funding are dire as Germany and the Netherlands oppose expanding the EU budget. Without additional funds lofty ambitions will remain just that.

Questions also abound about how fair and in-line with decarbonisation the distribution will actually be. Poland and Germany are currently set to receive the most benefits from the Fund, €2 billion and €877 million respectively, even though Poland has infamously low decarbonisation ambitions while Germany ran a €13 billion budget surplus in 2019. This is especially problematic since the investments are not linked to a binding date for the phase-out of coal or other fossil fuels. Under current plans, Poland, Germany, the Czech Republic, Bulgaria, Romania, and Greece will not have significantly lowered coal power capacity by 2030. In addition, the Just Transition Mechanism support can also finance ‘projects for energy and transport infrastructure, including gas infrastructure’, locking in emissions that directly contradict the Green Deal’s stated goal for the EU to become climate neutral by 2050. The Just Transition Plans will thus need substantial decarbonisation criteria, rule out funding gas infrastructure, and head the EIB President Werner Hoyer’s warning against a “box-ticking” approach to climate investments.

The investments should equally avoid a myopic focus on economic diversification and reskilling but commit to addressing the socio-economic inequalities between and within Member States, a key component of any Just Transition. To echo the European Parliament’s resolution on the Green Deal, ‘a just transition should leave no person and no place behind and address social and economic inequalities’. Climate change, pollution and environmental destruction have already exacerbated inequalities, disproportionately affecting the most vulnerable communities. The Green Deal’s commitment to the European Pillar of Social Rights is a good start, but to veritably address socio-economic inequalities would require a re-forging of the social contract and concomitant shifts in power and wealth.

The Green Deal must thus be much more ambitiously financed, incorporate planetary boundaries, and break with the narrow paradigm of the current economic model. This is the only way to ensure the Green Deal is indeed the ‘pledge of solidarity and fairness’ promised by Executive Vice-President Timmermans.