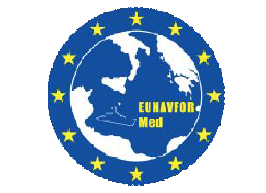 On Monday, 22 June, the EU Foreign Affairs Council meeting in Luxembourg launched EU NAVFOR Med, a joint naval force aimed at dismantling people smuggling networks in the Mediterranean Sea. This decision by the EU foreign and defence ministers constitutes part of the Union’s Agenda on Migration.

The International Organization for Migration (IOM) reports that more than 100,000 migrants made their way to Europe this year alone, with Italy and Greece bearing the brunt of the surge. The perilous journey from war-torn Libya over the Mediterranean has already taken more than 1,800 lives since the beginning of the year, as people smugglers use dilapidated boats to execute their very profitable operations that put at high risk the lives of their desperate customers.

Dismantling and destroying smugglers’ facilities and assets is expected to prove a daunting challenge, as the EU can only operate within European and international waters and airspace. Vessels and fuel dumps, the backbone of this lucrative business, are located on Libyan shores, far away from the EU’s military reach. In order to be fully effective, the European Union must secure a UN Security Council resolution that would authorize the targeting of smugglers in Libyan territorial waters. Ideally there should also be cooperation with the Libyans. However, the chaos in Libya, translating to a boon for traffickers, will most likely yield reluctance towards any operation in the sea or on land by the country’s divided factions. This could see the transition to the most advanced phase of the EU mission – the disposal of vessels and related assets, before use – put on hold.

According to EU High Representative for Foreign Affairs and Security Policy Federica Mogherini, the first phase of the operation will start in the coming days and will include “information-gathering and patrolling on the high seas to support the detection and monitoring of smuggling networks.” The second phase of the operation provides for the search and, if necessary, seizure of suspicious vessels, while the third phase allows for the disposal of vessels and related assets, preferably before use, and the apprehension of traffickers and smugglers. A decision when and how to move beyond the first phase will be taken by the EU Council, after assessing factors like a possible UN mandate and the consent of the coastal states concerned.

Even before its launch the EU NAVFOR Med has already received its fair share of criticism, with pro-refugee groups arguing that the move will ultimately deprive people fleeing poverty and war of their only way of escape instead of tackling the root cause of the problem. Addressing this very concern, Federica Mogherini made it clear in her statement that the EU operation is not targeting the migrants but “those who are making money on their [the migrants’] lives and too often their deaths. It is part of our efforts to save lives.” She went on to tell reporters that the EU also works “on an everyday basis on the root causes, namely poverty and crises and conflicts in particular in Syria, in Yemen and in Libya, as well as with the UN agencies dealing with migrants and refugees in countries of transit.”

EU NAVFOR Med is headquartered in Rome and its Operation Commander is Italian Rear Admiral Enrico Credendino, assisted at sea by Force Commander Rear Admiral Andrea Gueglio. The cost of the operation is estimated at €11.82 million for the two-month start-up phase and the initial 12-month mandate. While the naval force will go about fighting trafficking, the broader debate on migration continues among the EU member states, with disagreements notably over the proposed quota system for redistribution of asylum-seekers throughout the Union.

The European Council meeting on Thursday and Friday, 25 and 26 June, exposed divides between EU member states on asylum seeker distribution quotas. After a wrangle overshadowing other issues…