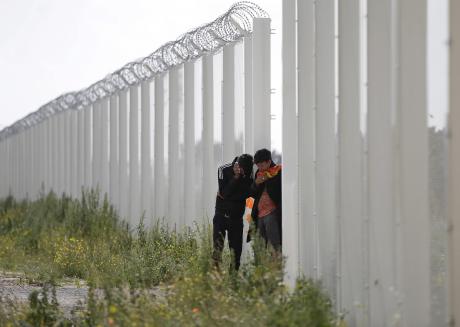 The European Commissioner for Migration and Home Affairs, Dimitris Avramopoulos, called upon all EU member states to step up to the plate and help fellow countries left to deal with the influx of migrants. Speaking in Brussels on Friday, 14 August, Commissioner Avramopoulos stressed the urgency of the “situation in our Member States.”

“Today the world finds itself facing the worst refugee crisis since the Second World War. And Europe finds itself struggling to deal with the high influxes of people seeking refuge within our borders”, noted Mr. Avramopoulos, adding that “if there is one thing that no one can deny any longer, it is that it is patently obvious that on matters of migration, it is Europe as a whole that is concerned. None of us are exempt.” The Commissioner further stressed that EU member states and institutions, as well as international organizations and third parties involved “need the collective courage to follow through on our commitments – even when they are not easy; even when they are not popular.”

Mr. Avramopoulos’ home country of Greece has been bearing much of the migration brunt, receiving almost 50,000 migrants in the month of July alone, compared to less than 6,000 for the same month of last year. Another flashpoint for the outpour of migrants into the European Union is at the Hungarian-Serbian border. The European Commission has been at loggerheads with Prime Minister Orban of Hungary over his handling of the unprecedented number of arrivals: 35,000 in July alone.

According to a funding scheme announced on Monday, 10 August, Italy and Greece, the countries receiving the greatest number of immigrants from Africa and the Middle East, will get support to the amount of €558 million and €474 million, respectively. The funding approved by the European Commission is part of the €7 billion budget earmarked for the Asylum, Migration and Integration Fund and the Internal Security Fund. Financing will be made available for the period 2014-2020. These funds are intended to help member states improve their asylum procedures, integrate migrants, manage their borders and enforce returns when and where they are appropriate.

Other important receivers both in term of migrants and EU funds are Spain with €521 million and Sweden with €154 million. Additional money has been given to Hungary which, on top of the already earmarked funds, will be receiving an extra €8 million of emergency aid to deal with migrants coming from the Western Balkans. The Commission received emergency funding requests from Austria and is expecting to also be getting a request from France over the situation at Calais, where migrants have been trying to enter the Channel Tunnel in hope of arriving safely to the UK.

Alluding to the enclosure installed around the Channel Tunnel entrances and the plan to put up a fence along the Serbian-Hungarian border, Commissioner Avramopoulos emphatically stated: “in Europe, we take down walls, we do not put new ones.”