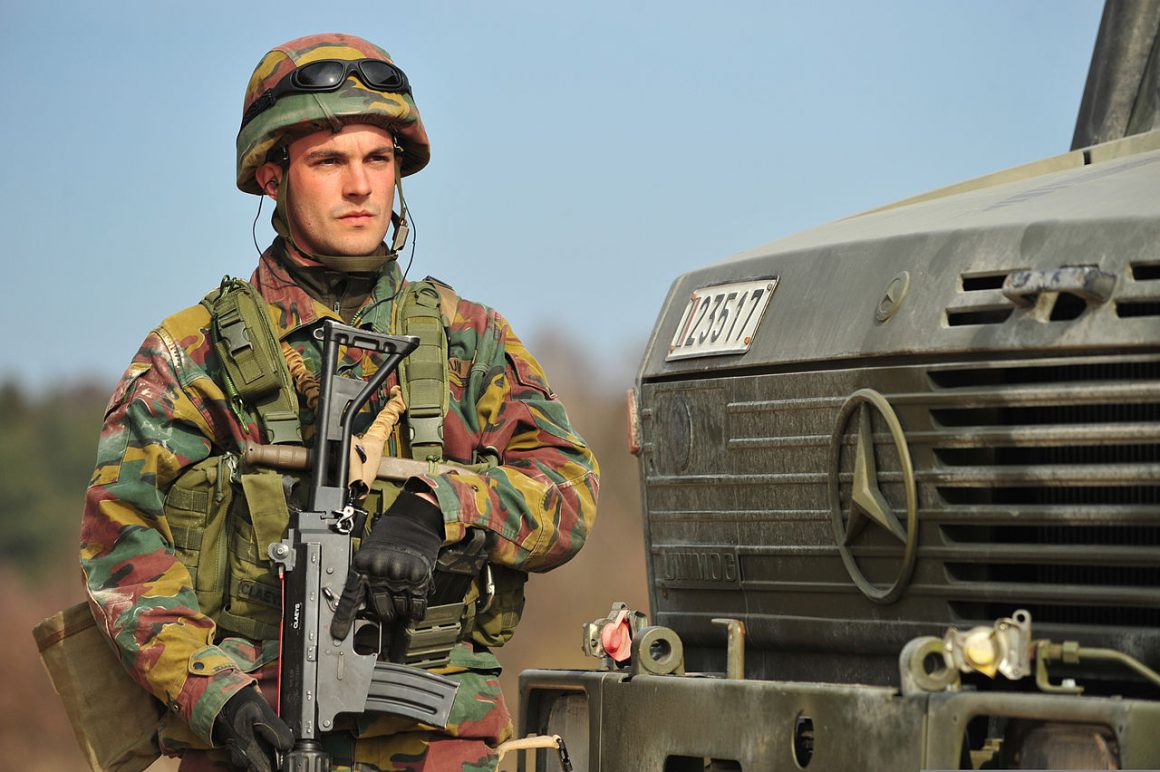 After years of languishing in the long grass, the process of European defence cooperation has recently been kicked into top gear. Brexit, Donald Trump repeatedly calling into question US commitment to NATO and Emmanuel Macron’s landslide victory in the French presidential election have all led EU member states to start discussing the need to rethink the pillars of their common security.

“As we look at the situation now, we are surrounded not by a ‘ring of friends’ but by a ‘ring of fire’, said Michael Gahler, EPP spokesperson for security and defence, during a debate on the “European defence Union” hosted by the European Parliamentary Association last Wednesday (17 May) in Strasbourg. This panel discussion also included Eva Kaili, chair of the European Parliament’s delegation for relations with the NATO Parliamentary Assembly, Klaus Buchner, member of the subcommittee on Security and Defence, and Eurocorps Brigadier General Franz Pfrengle, former mission commander for the EU Training Mission in Mali.

Rising insecurity is becoming the new normal in Europe. Armed attacks in Paris, Brussels, Nice, Ansbach, Würzburg, Rouen, Berlin and now Manchester have brought to light the potential of jihadist groups both to recruit and strike within Europe. In the wake of the military conflict in Ukraine, Russia has repeatedly violated the sovereignty of neighbouring countries, intruding regularly on member states’ airspace and territorial waters. From the south, organised crime and unrest resulting from the Libyan chaos is spreading towards European shores. War in the Middle East is causing a mass exodus to Europe, while cyber terrorism is becoming more and more dangerous with each passing day.

World powers have reacted by launching an arms race. China, Russia and Saudi Arabia are chasing the US in the global ranking of military expenditures. Only EU member states continue to shrink their defence budgets. Against this background, building up common European defence capabilities no longer seems like a choice, but a necessity.

This has become particularly clear since the decision of Britain to invoke Article 50 on 29 March 2017. This has left the EU without one of its largest defence spenders: the UK along accounts for almost 25% of the bloc’s total defence budget. However, as Britain has historically obstructed any move towards a common EU military, its decision to leave the Union has also opened new opportunities for cooperation in this field.

France and Germany are the two member states most eager to take advantage of these opportunities. First of all, because a European Defence Union is the living proof that every cloud has a silver lining: it is one of the things that is only possible in an EU without the UK. Moreover, for France, it is an ideal occasion to remind other member states that, with Britain gone, it remains the EU’s sole great military power. For Germany, instead, it is an opportunity to increase its influence in Brussels when it comes to appointing top personnel and to help the German arms industry in the markets of other EU countries.

Many paths, one goal

Thus, in the aftermath of the Brexit referendum, on 28 June, High Representative Federica Mogherini unveiled her EU Global Strategy on foreign and security policy (EUGS), which includes a new plan for further European military integration between the EU member states. Mogherini’s proposal does not refer to the long-term goal of a European army, but focuses on a number of pragmatic steps, such as removing the obstacles that prevent the rapid deployment of EU battlegroups or putting in place a European military headquarters. An approach shared by Brigadier General Franz Pfrengle.

‘The European defence Union is a good vision, a European army is only fiction.’

“The European defence Union is a good vision, a European army is only fiction,” said a laconic General Pfrengle, who insisted on the importance of “developing structures able to put together the national capabilities that we already have”.

A Schengen of defence

Over the summer of 2016, several initiatives on European defence cooperation began to emerge. For instance, Italy came out with a proposal for a “Schengen of defence”, a subtle wording that implies the intention to start cooperation outside the EU treaties. This proposal focuses on the establishment of a permanent civilian-military headquarters, in order to ensure a more effective response to complex emergencies, a common EU effort to support the bloc’s defence industry and the establishment of a division-level European Multinational Force, able to carry out a set of pre-determined missions and operations.

France and Germany advanced a common proposal that goes in the same direction. In a six-page document prepared for the Bratislava summit, the defence Ministers of the two countries called for the introduction of a joint EU military headquarters, more cooperation with NATO and more cross-border military planning. Moreover, the two countries declared themselves ready to share their satellite surveillance capabilities with “relevant EU institutions”, such as the border agency Frontex, and proposed incentives for member countries to increase their defence budgets, such as excluding defence spending from budget deficit calculations.

The Commission responded to the renewed activism of (some) member states with the publication, on 30 November, of a European defence Action Plan, which foresees the setting up of a European defence Fund “to support investment in joint research and the joint development of defence equipment and technologies”.

On the one hand, in Europe the majority of military equipment procurement still takes place at national level, thereby limiting economies of scale and producing costly duplications of military capabilities.

“We must become more efficient, we need a single market for arms. It is only if we cooperate at European level that we will manage to face the competition of big arms producers, such as the US, Russia or China,” Michael Gahler pointed out.

On the other hand, the lack of interoperability between European armies severely limits the EU’s ability to intervene collectively in missions where European interests are at stake. The Action Plan of the Commission aims to tackle precisely these shortcomings.

Not every member state is enthusiastic about this new effort to strengthen European cooperation in the field of defence, though. Lithuania, Latvia, Estonia and Poland are said to be very sceptical about any initiatives that could pave the way, in the long term, for the creation of an EU army.

Some Eastern European countries perceive new EU defence plans as a challenge to NATO, which has recently agreed to station 4,000 troops on their territory and which is, therefore, considered essential to their security. “The European Defence Union does not mean duplicating what we have with NATO,” said Michael Gahler. He added, “We have difficult NATO partners who may try to bloc NATO resources. That’s why we must build up the capabilities to act independently.”

“We must not forget that only 22 EU countries are NATO members. We must provide effective protection also for those member states who are outside the Alliance,” Eva Kaili added.

This time the project for a European Defence Union seems to be backed by a strong political will. This is particularly true since Emmanuel Macron won the French presidential election. During his campaign, the new French president made clear his desire to create “real strategic autonomy” for EU defence, warning that Europeans must “learn to live with the fact that Washington wishes to, in the long term, concern itself less with the security of our continent”.

Macron has so far been consistent with his electoral promises. He named Sylvie Goulard, a renowned federalist, as defence minister and he pledged to boost EU defence during his first meeting with German Chancellor Angela Merkel.

Most importantly, two initiatives which Macron championed during his campaign, i.e. the creation of a European military headquarters and an EU defence investment fund, gained decisive traction last week.

Mogherini announced on Thursday (18 May) that member states have reached an agreement over a planned EU military headquarters and that it could be formally launched in a few days. The new headquarters will, in the words of the 28 defence ministers, “assume responsibilities at the strategic level for the operational planning and conduct of the EU’s non-executive military missions”, including “the three EU training missions deployed in Central African Republic, Mali, and Somalia”. “Non-executive” missions are those initiatives that do not involve combat and cannot act independently of their host nations.

Also on Thursday, EU member states approved the creation of a fund for joint military projects, to be known as the Cooperative Financial Mechanism and which will be run by the European Defence Agency.

At least 19 countries, including France, Germany, Italy and Spain, will contribute on a voluntary basis to the fund, which will allegedly operate in a similar way to the European Stability Mechanism, the eurozone’s permanent bailout fund.

With these premises, the European Defence Union seems to be on the right track. There is still a long road ahead, but this time Europe looks like it has truly outgrown the soft power’s shoes.