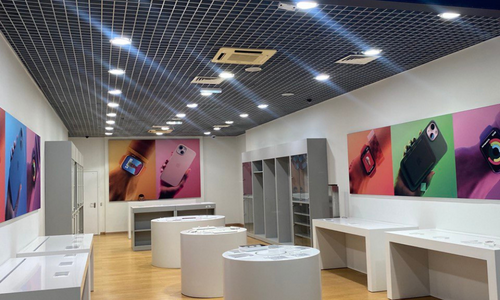 Western forecasters predicted that Russia’s economy would collapse after unprecedented sanctions were imposed on Moscow as a result of the conflict in Ukraine. However, the Russian statistics office (ROSSTAT), recently reported that the country’s Gross Domestic Product (GDP) for the first half of the year fell by only 0.4%.

According to official data, capital expenditures increased, the ruble recovered, and inflation, which had skyrocketed when the conflict began, started to decline. As anticipated, oil and gas revenues, primarily from other global players such as  China and India, continue to bolster the nation’s finances.

Despite the fact that European countries like Germany and Italy have reduced their reliance on Russian energy the state-owned energy behemoth Gazprom reports significant gains, and new sales records have already resulted in a 30% increase in the price of its shares, even after substantial discounts offered to Asian buyers.

Notwithstanding the good performance of the Russian economy, Western sanctions have begun to take their toll. In a study published last month by Yale University[1], it was determined that imports to Russia have plummeted and that Russian manufacturers are struggling to acquire components such as semiconductors and other high-tech parts.

One of the report’s co-authors, Management Professor Jeffrey Sonnenfeld, recently told The Times Radio that Russia’s economy could only “survive with great difficulty for about two years” so long as the West maintains its sanctions[2]. Others believe that a complete economic collapse will take much longer to occur.

In addition, Alexander Mihailov, an Associate Professor of Economics at the University of Reading in the United Kingdom, believes that Putin won’t run out of money for war until the West is able to end its reliance on Russian energy, which he estimates will take at least two years. 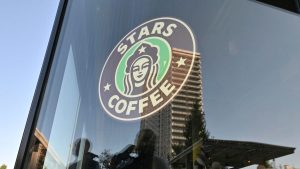 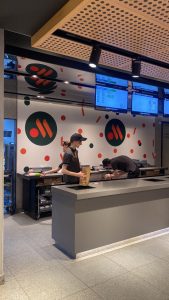 Though Mr. Mihailov might be right at some extent it is important to note, however, that many nations in Asia, Latin America, and several African nations have not imposed sanctions on Russia, with some countries even benefiting from the retreat of the West from Russia’s economy. Despite so-called secondary sanctions that are imposed on those countries helping Russia; China, for instance, benefits from the sanctions by selling surplus Russian gas to Europe.

Apart from sanctions on Russian oil & gas, foreign brands such as Coca-Cola, Visa, and Mastercard decided due to the West’s pressure to leave Russia en masse, thus further impacting the Russian economy.

To mitigate this effect and give the economy a boost, deals are being made across Russia to acquire foreign assets from well-known international consumer brands to relaunch them under new brand names. Even though Western brands have left Russia and no longer permit their products and brands to be sold there, their supply chains, manufacturing facilities, and point-of-sale infrastructure remain in place, thus, allowing Russia to promote a full-scale rebranding.

In the case of the new CoolCola [former Coca Cola], Fancy [Fanta], and Street [Sprite] drinks in Russia, the descriptions are concise and straightforward. 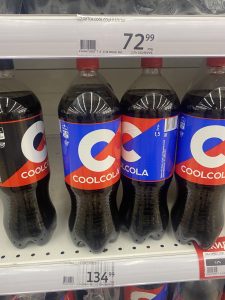 CoolCola is described by many locals as “an expressive and refreshing drink with the iconic flavor of cola,” while Fancy is “a highly carbonated soda drink with natural orange juice of  a recognizable flavor.” Even with the name changes, the colors of the drinks and the look of their labels remain similar to the originals.

McDonald’s and Starbucks were two other major chains that left Russia. However, in the Russian capital MacDonald’s has reopened under a new name, Vkusno & Tochka (“Tasty and that’s it”), the reopenings took place on Russia Day, a holiday celebrating national pride.

Vkusno & tochka is definitely an effort to reassure Russians that they can continue to live the Western lifestyle. Even though Big Macs have been removed from the menu, the taste and quality of the products have been maintained.

Starbucks, which helped popularize coffee in a traditionally tea-loving society, has been rebranded as Stars Coffee and now offers almost every beverage from the American franchise menu, but now, with a Russian touch to it.

Even though goods and services that left Russia are being rapidly replaced by non-Western suppliers or rebranded, some industries are not following the same speed. The health industry for example, has been experiencing medicine shortages because much of it was imported from Western countries such as Germany. And, reports that Russians could not find certain medications in pharmacies started surfacing early.

Russia’s health care watchdog Roszdravnadzor, however, said in a statement that “the situation on the drug market is gradually returning to normal, panic-buying of pharmaceuticals is decreasing.” Experts and health authorities in Russia say drug shortages are temporary owing to panic buying and logistical challenges from sanctions, but some worry high-quality medicines will keep disappearing from the market.[3]

To conclude, it is essential to note that the sanctions being imposed by the West, might ultimately bring the Russians more benefits than disadvantages, as the Russians build their own networks of products and services decreasing their reliance on the West.

In principle, to some extent, life in Russia may have changed and the country is currently facing some logistical and economic challenges, which, will take some time to resolve. Nevertheless, the “new rebranded Russia” looks a lot like the pre-sanctioned one.

[1] Sonnenfeld, Jeffrey and Tian, Steven and Sokolowski, Franek and Wyrebkowski, Michal and Kasprowicz, Mateusz, Business Retreats and Sanctions Are Crippling the Russian Economy (July 19, 2022). Available at SSRN: https://ssrn.com/abstract=4167193 or http://dx.doi.org/10.2139/ssrn.4167193

[2] The Times Radio: Is Russia on the verge of economic collapse? | Jeff Sonnenfeld https://youtu.be/UeP0QwSHKr8