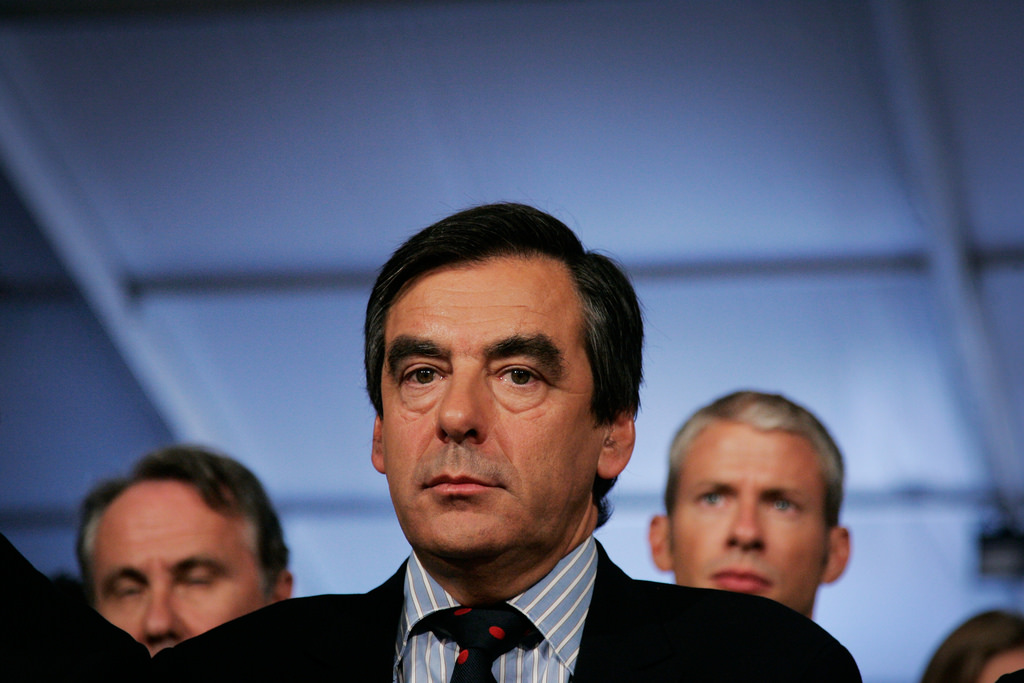 Bill Wirtz is a Law student at Université de Lorraine in Nancy (Eastern France). After starting off in centrist politics in his home country Luxembourg, he changed his mind on the role of government and is now a Local Coordinator for European Students for Liberty and co-editor of ESFL’s blog. On his own blog, he blogs in four languages, and his articles have been published in three daily Luxembourgish newspapers, the Foundation for Economic Education, the Mises Institute, the Washington Examiner or Contrepoints.org.

Sunday marked the first round of the Republican primaries in the French presidential election. The former Prime Minister François Fillon and mayor of Bordeaux Alain Juppé qualified for the knockout vote on November 27.

Here is a rundown of the 5 things you need to know about the French presidential election, the first round of which will take place April 23, 2017:

1. The Republicans might nominate a candidate running on slashing government spending

On Sunday, the French Republican party held the first round of its open primaries, in which 7 candidates competed for the nomination. The polls predicted the mayor of Bordeaux, Alain Juppé, a centre-right establishment candidate, with a great appreciation for the European Union, to be the clear winner. The former president, Nicolas Sarkozy, was right on his tail. However, François Fillon, Sarkozy’s former Prime Minister, won the stunning 44.1% of the vote, while Juppé finished second with 28.6%. An alleged outsider turned out to qualify for the knockout vote next Sunday, whereby disproving pollsters and political commentators.

Fillon advocates a much smaller government. He wants to get rid of 500,000 public sector jobs in five years, lower the burdens of taxation and social security contributions by €50 billion and reduce spending by €100 billion. Fillon also intends to considerably increase school autonomy and wants to scrap François Hollande’s tax on large incomes.

Nonetheless, Fillon’s spending cuts divert from the fact that he supports a 2% increase in sales tax, encourages the War on Drugs, suggests an annual cap on immigration through parliament, wants to ban the burkini and reintroduce mandatory sentencing in criminal law cases. His mandate as Sarkozy’s prime minster from 2007 to 2012 was marked by tax increases and the massive 2008 bank bailout.

2. François Hollande could be overthrown by his own party

In the latest poll, only 4% of people regarded the work of the incumbent socialist president François Hollande as “satisfying”. With ratings way lower than the alcohol percentage of a bottle of Bordeaux red wine, he brought himself and his party into serious trouble. Current polls, showing that he would be eliminated by the first round in the general election, divide his fellow party members.

It is usual in France that the incumbent president goes unchallenged in his leadership for the next election, yet Hollande unpopularity lead the Socialist Party last June to decide to organise primaries. Hollande’s chief rivals in this race are his own Prime Minister, Manuel Valls, and his former minister of the Economy, Arnaud Montebourg, known for his Keynesian approach to government spending. According to polls, both of them would defeat the president in the primaries in January.

3. Yes, Marine Le Pen has a clear chance of winning

She’s probably by far the biggest elephant in the room. Marine Le Pen, leader of the far-right National Front, has made such a jump in popularity that her party did not even bother to organise primaries. Opinion polls show that she could easily make it to the knockout round, bringing her as close to the presidency as her father, Jean-Marie Le Pen, was in 2002.

There is effectively no room for improvement for Marine Le Pen, no change of message would make her further climb the ladder of favourability. Her political agenda is on the table: halting immigration, leaving the euro and the European Union as well as introducing old-school protectionism. The only factor that can advance Le Pen and the National Front are the variables of her political opponents. The knockout of Nicolas Sarkozy in Sunday’s Republican primaries means an influx of the more radical supporters of the former president. As Le Figaro titles on Monday: “The National Front hopes to adopt Sarkozy’s orphans“.

The underperformance of the Socialist Party will be Le Pen’s most important asset. Her economic agenda is highly interventionist and at odds with both the more laissez-faire approach of François Fillon and the convictions of the Europhile Alain Juppé.

As always, the inner strife within moderate political groups favour the rise of the extreme nationalists.

4. An independent free-marketeer is polling in double digits

Emmanuel Macron, former Minister of Economy, quit the socialist government and is now running as an independent candidate.

Macron is widely known for the Macron Law (officially: Law for growth, effectiveness and equality of economic opportunities). This law contained a myriad of changes to legislation regarding Economic law, Labour law and Transport law. Macron opened up the intercity bus market, a measure that created competition on the market, lowered transportation costs and created 13,000 private sector jobs.

Furthermore, Macron’s reform of labour regulations regarding work on Sundays  not only extended the exceptions made to allow businesses to open during the weekend, it also increased the total number of permits granted by local authorities.

Another measure intended to induce flexibility into the profession of notaries, most importantly through creating 247 zones so-called “free establishment zones” throughout France, in which notaries don’t have to be sworn in by the government and can freely exercise their profession. This basically liberalises the notary market and brings down costs for consumers.

Macron is currently polling in double digits, drawing his supports from all sides of the political spectrum.

5. The country has reached a tipping point

After horrible attacks by Islamist terrorists that had claimed hundreds of lives, there are deep concerns about the national security situation.

Although multiple administrations have promised to combat unemployment, its rate doesn’t drop below 10% and an alarming amount of unemployed people hasn’t worked since the economic crisis of 2008.

The reimbursement of interest over the public debt is two-thirds of the national education budget, and terrifyingly close to 100% of GDP. Deficit spendings seem to be out of control and entitlement reform seems unreasonably difficult due to the significant political influence of the unions.

The open question is whether the election campaign will translate these urgencies into effective political debates.

The original version of this article was published on Bill’s blog.

Bill Wirtz is a Law student at Université de Lorraine in Nancy (Eastern France). After starting off in centrist politics in his home country Luxembourg, he changed his mind on the role of government and is now a Local Coordinator for European Students for Liberty and co-editor of ESFL’s blog. On his own blog, he blogs in four languages, and his articles have been published in three daily Luxembourgish newspapers, the Foundation for Economic Education, the Mises Institute, the Washington Examiner or Contrepoints.org.