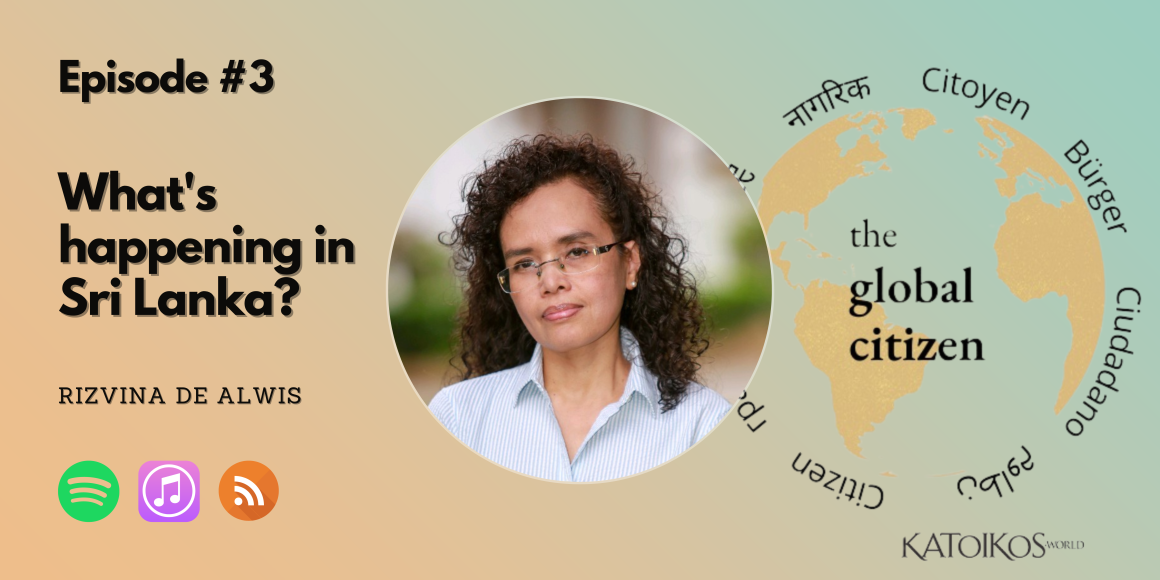 Sri Lanka is going through one of its worst crises since its independence. Years of ineffective governance under the Rajapaksa family have led to the country defaulting on its external debt, leaving the economy in shambles and sparking massive protests. Inflation is at record highs, prices have hiked, and there’s been power cuts, a lack of medicine, and other hardships.

Rizvina de Alwis joined us to give an inside view of the situation. Rizvina is a writer, a storyteller, and an advocate, and she’s worked with the UN in areas like gender equality, gender-based violence, and more.

We talked about the recent history of Sri Lanka, how things got to the point they are now, what the political and economic factors were that led to the current situation, and what potential ways out of this crisis might exist. Tune in for the full interview!