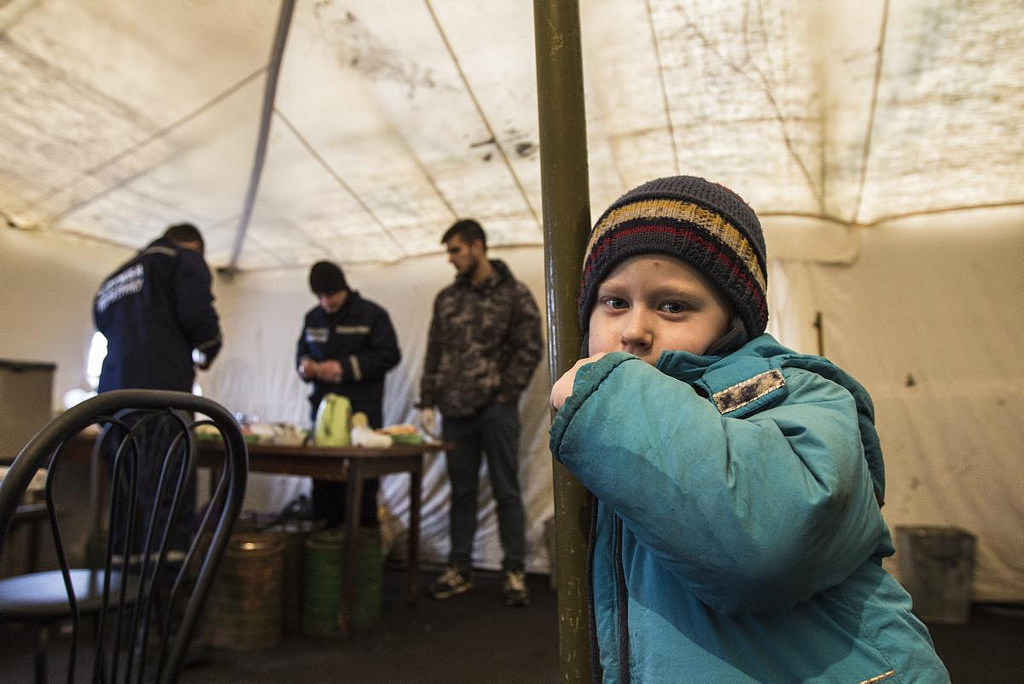 The Ukrainian crisis started in 2013, when protests were held in Kiev over the refusal of Ukraine to sign a trade agreement with the EU. It quickly escalated to violence and political struggles for power, culminating with the annexation of Crimea by Russia and clashes between pro-Russian and pro-Ukrainian forces in the east, where two other provinces, Donetsk and Luhansk, declared themselves independent. Although a peace deal was signed in 2014 and ratified in 2015 by Russia, Ukraine, Germany and France, neither the pro-Russian rebels nor the Ukrainian forces have withdrawn arms, perpetuating the violence.

1.   Arms traffickers are rubbing their hands

A year and a half after the Russian annexation of Crimea and five months into President Poroshenko’s ceasefire with the separatist groups, organized crime seems to be further escalating violence in Ukraine.

Last week, the number of security checkpoints along Ukraine’s border with Romania, Hungary and Slovakia increased. The measure came in response to reports of the smuggling of tobacco, alcohol and timber across the border of Ukraine’s Transcarpatia region into the EU. The prices of these commodities are much cheaper than in EU countries, so business is booming. For example, revenues generated from the smuggling of cigarettes reach roughly €2.1 billion euros annually.

But neither tobacco nor timber is the main product trafficked outside of Ukraine. According to the UNODC, organized crime groups have been around since the 1990s when supplies of arms left over in the country after the collapse of the USSR were trafficked to warzones such as Afghanistan and Iraq. In 2012, Ukraine was the world’s fourth largest arms exporter with the main recipients being Iraq and Thailand, according to SIPRI. Since the 2014 violence in the eastern part of the country, arms smuggling and trafficking became the main sources of revenue on the Ukrainian black market. Arms provided to the separatist groups by Russia and to the Ukrainian military by the US have increased supplies in the country, which makes it easier to traffic older arms produced in Ukraine to countries such as Nigeria or South Sudan. To some, the very root causes of the Ukrainian crisis since 2014 are linked to arms trading.

UNHCR says that civilians should be evacuated in organized convoys from conflict areas, but many still continue to try to find their own way out, risking their lives and abandoning their loved ones.

A study by the Brookings Institute found that the government in Ukraine was ill-prepared to effectively deal with such a tremendous increase in the number of IDPs, suggesting a series of measures such as designating a focal point, training officials or creating a task force to serve as durable solutions. As violence continues between pro-Russian separatists and Ukrainian forces and as new groups, such as the Right Sector militia, attack civilians, displacement rises and those displaced as less likely to return.

Before the war against Russian-backed rebels, Kiev’s finances were not necessarily flourishing; the economy was stagnant and unemployment was high. But the cost of Russia’s annexation of Crimea, and the conflict overall, have dramatically sunk Ukraine’s currency, the hryvnia. Also, debt has skyrocketed, exceeding 100% of the country’s GDP, which, however incredulous it may seem, has fallen by 25% in the past two years, according to IMF data. Worse still, as loan repayments approach, creditors have not yet reached a compromise around Ukraine’s proposal to accept a 40% writedown of its debt. Given debt to GDP ratio levels, (156%), Ukraine is left with two options: either restructure its debt or enter into default. Fortunately, Kiev made an interest payment of $120 million on Friday 24th of July, thus avoiding a default on all of its Eurobonds, for now. This may be an encouraging sign, but come September additional repayments are due and it is hard to predict if the country will be able to make them.

Meanwhile, the IMF has readjusted the projected growth for 2015 to a dismal negative 9%. Those creditors banking on Ukraine’s future ability to service its debt through growth might be too optimistic, especially considering that any prospects of economic recovery depend on precarious ceasefires and shaky political agreements.

4.   Russia is the major player

The Russia-Ukraine relationship is a special one. For most Russians, Ukraine is identified as the birthplace of Orthodox Christianity. Different polls suggest that Russians don’t think about Ukraine as a new, modern state, but as a region of Mother Russia. However, most recognize that they enjoy less cultural and historical ties with the western part of the country, including Kiev. Divisions within Ukraine follow the same lines. Thus, annexing Crimea, which used to belong to Russia until 1954, and considering the eastern part of the country to be under the Russian sphere of influence goes alongside the general Russian stance. Pro-Russian separatists in eastern Ukraine still cling to this worldview.

Under the former president, Viktor Yanukovych, Ukraine enjoyed close relations with Russia, to the point that Putin offered €13.6 billion and reduced gas prices as a reward for Yanukovych’s refusal to sign the Ukraine-EU Association Agreement in 2013. With the current pro-Western government, the country does not enjoy such treatment. Gazprom has effectively halted gas supplies and the Russian government has issued international arrest warrants for certain Ukrainian government officials, such as the Minister of Interior Arsen Avakov.

As a result, relations between the EU and Russia have grown tense. The EU is mainly concerned about instability along its eastern border, including energy security. But even if it has attempted to engage Ukraine through economic and technical means, such as the implementation of the Association Agreement signed in March 2014, it still lacks the political clout to compete with an increasingly assertive Russia, which holds the key to ending the conflict.

Violent exchanges between pro-Russian separatists in eastern Ukraine and Ukrainian forces have led to a spike in violence and extremism in the country, such a the Right Sector movement, born out of the Maidan protests. Originally a paramilitary organization, it now has become a political party in parliament with several media outlets reporting on Chechen batallions aiding the Ukranian military in its fight against the pro-Russian rebels. This dynamic risks further radicalisation on both sides in an already fractured society in a country so profoundly divided.

The author of this article chooses to remain anonymous.