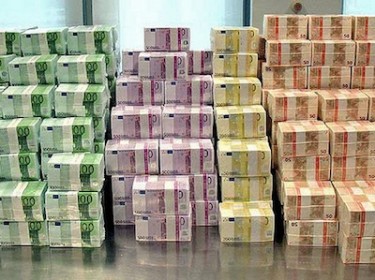 The silver bullet is loaded but he is not firing it. Mario Draghi takes aim, pledges and gives signs but doesn’t take action. The President of the European Central Bank (ECB) has disappointed markets with an unusually less aggressive speech. It may have been due to the fact that it was his first press conference at the new ECB headquarters, or perhaps because it was the last meeting on monetary policy of the year, but the point is that he has certainly undermined any expectation of a much-anticipated announcement to buy sovereign bonds.

Even after lowering the estimates for growth and inflation, Draghi is still on standby to assess whether additional stimulus measures will be necessary in the first quarter of 2015. If low inflation persists “it would imply altering the scope, pace and composition of our measures”, the Italian banker has said.

Despite cutting interest rates twice this year to an all-time low of 0.05%, and renewing asset purchases and extending cheap loans to banks, the ECB has seen itself under pressure to lower its economic forecasts again.

The Central Bank is now predicting that the inflation rate will drop to 0.5% from 0.7% this year, and that the economy will be stagnant with a growth of just 0.8% in 2014 and 1% in 2015. These new forecasts – on which ECB will “remain vigilant”– do not include the effect of the huge fall in oil prices, which could intensify the negative trend of general prices, even when the ECB’s inflation target is just below 2%. Draghi has drawn comfort by saying that lower energy prices will help Europeans with regards to their disposable income.

Time is running out, and the ECB is under mounting pressure to put in place stronger measures directed at boosting credit and growth of the real economy or, in other words, to make Draghi pull the QE –Quantitative Easing– trigger by making direct, substantial purchases of public debt. But as for now the euro’s guardian is afraid of shooting himself in the foot.

European Central Bank (ECB) President, Mario Draghi, was sprayed with confetti by a woman attending the ECB’s press conference on 15 April 2015 in Frankfurt. The woman ran and jumped onto the desk in front of Mr. Draghi, shouting: “end the ECB dictatorship”. There were no injuries and only a brief interruption to the…

Mario Draghi has fulfilled his promise and put into action the words “whatever it takes” – which he declared at the height of the debt crisis in July 2012 – to save the euro. After the first ECB Governing Council meeting of the year, its president announced the implementation of the much-anticipated Quantitative Easing (QE), a statement that has not only fulfilled but exceeded the markets’ expectations. The Italian banker has led the ECB into unknown territory with a massive sovereign bond-buying plan that will be added to the existing private sector asset purchase program, amounting to a total of €1.14 trillion. The goal is to quell the threat of deflation, and to reactivate economic growth, which remains stagnant in the euro area.