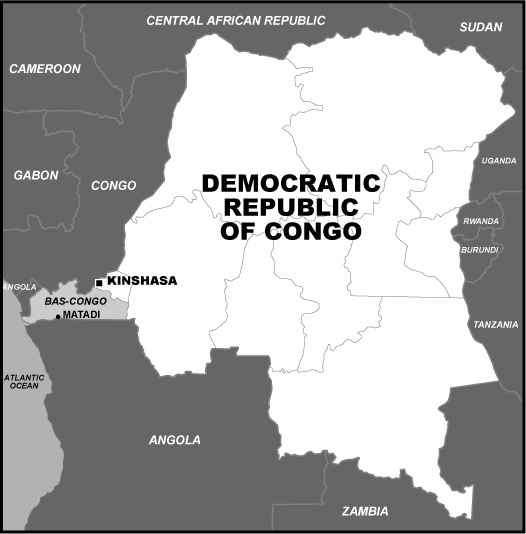 The European Union (EU) has got it wrong in the Democratic Republic of Congo (DRC), and in the face of evidence that the police and the army continue to commit serious abuses and violations of human rights, it has decided to radically change its involvement to now implement reform of the country’s security sector.

Since 2003, the DRC has been a showcase where the European Union has shown off its capability in crisis management, within the framework of the Common Security and Defence Policy (CSDP), and its potential as a global player in peace and security. Since 2003, 5 missions or operations have been deployed. There have also been two military operations aimed at providing one-off support for UN missions. The other 3 have been civilian missions of longer duration, in the field of reform of the security sector. EUPOL Kinshasa held the reins between 2005 and 2007, when it was replaced by EUPOL RD Congo, which remained active until 30 September 2014. EUSEC RD Congo was launched in May 2005 and its mandate was extended until June 2015, the date when it became a micro-mission which will remain active until June 2016.

The decisions to close down EUPOL RD Congo and reduce the size of EUSEC RD Congo are an implicit recognition of the mistakes that have been committed when tackling the great challenge of reforming the security sector in a fragile country.

Given the delicate situation currently playing out in the DRC and, more generally, the Great Lakes region, the decisions to close down EUPOL RD Congo and reduce the size of EUSEC RD Congo have been questioned, since they are interpreted as a withdrawal of the European Union at a critical time. The EU has defended itself from these accusations, arguing that most of the functions that these missions had been performing continue to be implemented within the programmes and projects managed by the European Commission under the European Development Fund (EDF). In any case, the change is an implicit recognition of the mistakes that have been committed when tackling the great challenge of reforming the security sector in a fragile country.

In the DRC, the SSR (Security Sector Reform) is closely related to the process of building the country. In fact, more than talking about “reform” in this type of scenario, it would be more appropriate to refer to the “construction” of the security system. Clearly, to bring about a profound change in the security model in order to democratise it, it is essential to strengthen civilian control of law enforcement institutions and promote citizen-based participation in the design of security policies, as well as boost the fight against the impunity of the state security forces. In this environment, highly technical cooperation aimed at training and equipping security forces makes little sense and could even be counterproductive.

Indeed, an initiative to reform the security sector tackled in that way could end up contributing to the further strengthening of security bodies beyond democratic control and which exploit a high degree of impunity. It could also empower them to serve the interests of elite groups under even better conditions, rather than the interests of the population at large. In the worst cases, these institutions could become agents of the abuse of power or perpetrators of crimes that constitute serious violations of human rights. And this is what has happened, unfortunately, in the DRC.

Conceptually, it is clear that EU support for reform of the security sector is based on and linked with respect for and strengthening of democratic standards: the principles relating to the protection of human rights and the rule of law.

In the worst cases, institutions could become agents of the abuse of power or perpetrators of crimes that constitute serious violations of human rights. And this is what has happened, unfortunately, in the DRC.

But one thing is theory and quite another is the practice on the ground, where the truth is that the missions have implemented a highly technical approach. There have also been difficulties in coordination among the missions and the programmes and projects managed by the Commission, as well as the performance of some Member States and other international partners. Furthermore, none of the missions has sufficient resources to meet the objectives which were reflected by their expectations. Although some achievements have been obtained from a technical point of view, the results as regards the protection of human rights have been disappointing.

In recent months, violations of extreme gravity have been denounced, such as those committed in the context of Operation Likofi, launched by the government to fight organised crime in Kinshasa. In a report, the UN denounced 9 summary executions and 32 people missing as part of this operation, but has warned that these figures may actually be much higher. Human Rights Watch, meanwhile, talks of 51 summary executions. In April this year, a mass grave was discovered in Maluku with more than 420 bodies and the suspicion is that they may be people killed during Operation Likofi. An investigation is currently open.

And there is further evidence of the failure of the reform of Congolese security. In January 2015, with great brutality the police suppressed demonstrations organised in Kinshasa, Lubumbashi, Goma and Bukavu against the proposed law that sought to link the elections – scheduled for 2016 – with the preparation of a census that could take several years. The Fédération Internationale des droits de l’homme reported 42 deaths as a result of police repression.

Not only the police but also the armed forces are under suspicion. Extreme sexual violence perpetrated by Congolese soldiers in the town of Minova in 2013 is another example of brutality and impunity, as only two low-ranking soldiers have been tried and convicted. According to The Guardian, more than 40 rapes per hour were committed over the course of three days.

Extreme sexual violence perpetrated by Congolese soldiers in the town of Minova in 2013 is another example of brutality and impunity, as only two low-ranking soldiers have been tried and convicted.

The EU is trying to change its approach. The actions being carried out by the SSR missions should fit from now on within a strategic vision that is reflected in the National Indicative Programme 2014-2020, prepared by the Commission and the government of the DRC. This programme has funding of €620 million, of which 26% will go towards strengthening governance and the rule of law, for which reason it is considered essential to support the reform of justice, the police and armed forces. It should be noted that this is the first time that the EDF has been resorted to supporting a Ministry of Defence. Within a unified strategic framework coordination will be improved, which hopefully will lead to a greater impact for EU action.

The case of the DRC shows that the CSDP crisis management missions, with a mandate and short-term planning, focused on technical support, are not suitable instruments to address the construction of the security sector in fragile and complex contexts. If the EU really wants to achieve concrete results and progress in the democratisation process, it is much more appropriate to use instruments managed by the European Commission, following a medium-term strategy designed in collaboration with the Congolese government itself, and where weight is given to civil society. The decision to replace the CSDP missions with EDF programmes is going in the right direction. Hopefully the experience gained by the EU in the Congolese scenario will not fall on deaf ears. The EU cannot contribute to the strengthening of a police force or army which continues to commit serious abuses, availing itself of unacceptable impunity. The visibility which is achieved with the Missions does not compensate at all for the consequences of these errors. Hopefully, this process of setting things right will come in time, however we also know that no results will be seen in the short term.

Alicia Cebada Romero is a professor of international public law at Universidad Carlos III and project coordinator for the Fundación Mujeres Por África.