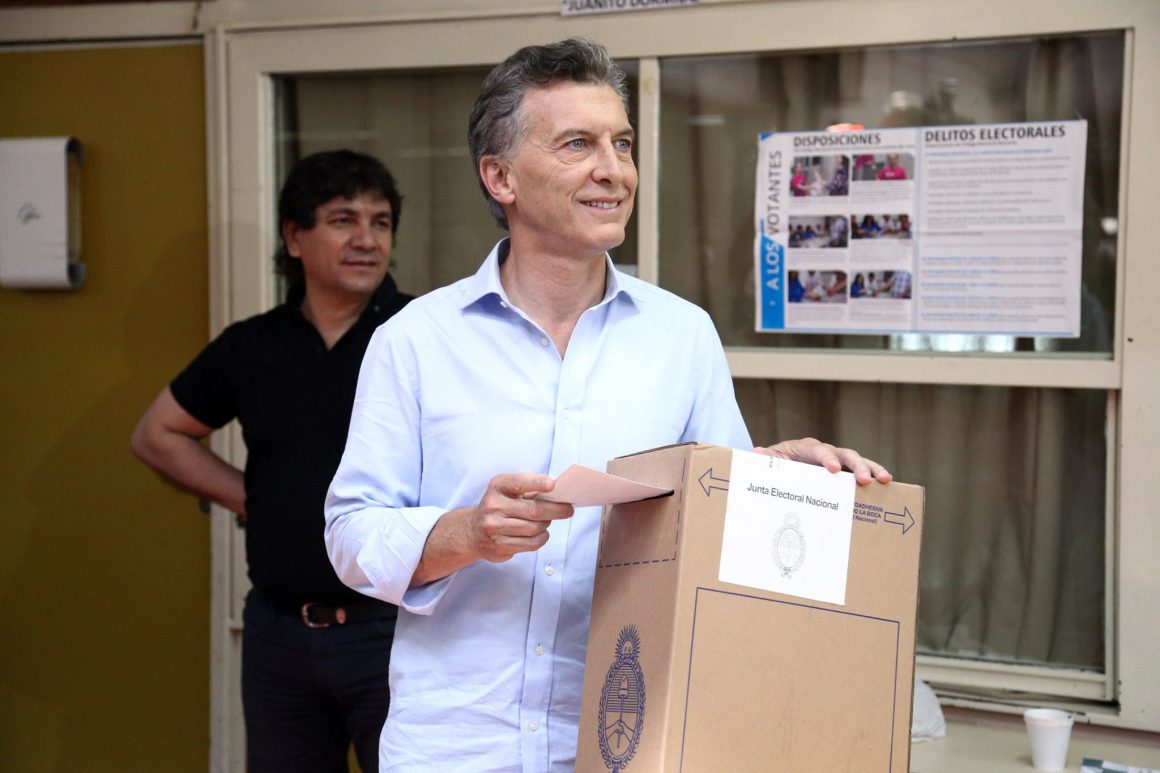 On 22 November the right-wing presidential candidate, Mauricio Macri, won the presidential elections in Argentina, at little distance from the government candidate from that always somewhat incomprehensible Peronist movement, located somewhere between popular and populist, left and right, democracy and authoritarianism, and tradition and progress. In Europe, there are undoubtedly more immediate concerns these days than a change of government in a remote South American country, shaken by its own convulsions.

However, it may be advisable to take a look at this event, which is certainly significant within a global perspective. In the view of many, this country is returning to a more open economic policy and therefore a more rational one than that of recent years. A more accurate analysis, however, would offer a far more complex picture: it may be more sensible in principle, to move towards more market and less government, and promote the currently bogged-down EU-Mercosur agreement, but this change may well also bring new disasters to the country, repeating the bitter experience of the 90s.

Argentina was the scene of eternal political and economic stability, and of a particularly bloody military dictatorship. Many have considered it, for several decades now, truly a country moving towards underdevelopment, hit by acute crises every dozen years or so.

Argentina, the most European country in the Americas, except for maybe Canada and Uruguay, was curiously also a historical precursor of the Non-Aligned Movement in the Cold War and somehow remained a key element in the intersection between east-west and north-south conflicts. It ceased to be the “paradise of immigrants” and one of the ten richest countries in the world half-way through last century, but was then still the cultural beacon of the Spanish-speaking world during the long darkness of the Franco regime in Spain. It was also the scene of eternal political and economic stability, and of a particularly bloody military dictatorship. Many have considered it, for several decades now, truly a country moving towards underdevelopment, hit by acute crises every dozen years or so.

The last of these, in 2001-2002, was the worst in its contemporary history, and here, precisely, also lies an important lesson for Europe and the world. This was a direct result of a unique experience, or at least a very unusual one: the combination of an ultra-liberal policy widely applauded by the world establishment and also the European one, with a highly interventionist measure: that of closely linking the national currency to the US dollar. Market fundamentalism in the 90s even proposed the privatisation of nuclear power plants and prisons. Result: privatisations plagued by corruption; total deregulation of the economy; an irresponsible “field day” for imports; and the growing overvaluation of the peso.

The latest crisis was a direct result of a unique experience, or at least a very unusual one: the combination of an ultra-liberal policy widely applauded by the world establishment and also the European one, with a highly interventionist measure- that of closely linking the national currency to the US dollar.

All this produced a few years of artificial growth, but particularly foreign debt, which more than doubled, accelerated deindustrialisation, radical impoverishment of the country due to “killing the goose with the golden eggs”, major deterioration in public health and education systems, and in the end the real collapse of the country now drowned in impossible foreign debt. After easy profits in the short term came bankruptcy, also for European companies who had been enthusiastic for several years, so this lesson must be understood. “Bread for today, hunger for tomorrow” goes the old Spanish saying…

After 2002 there was an impressive recovery, with a near doubling of national income in just over five years and a sharp decline in the unprecedented levels of poverty and unemployment that had been seen during the previous political and economic collapse. The explosive demand from Asia – China in particular – for the country’s products, its rich Pampa and now soya in particular, was a key factor in this recovery. But so was the inevitable collapse of the illusory peso-dollar parity, and a radical policy change from ultra-liberalism towards multifaceted state interventionism, which did not hesitate to bring in protectionist elements; measures to promote domestic industries; and others to finance broad-based social programmes.

There was no shortage of failings there, such as arrogance and corruption, chronic defects in the country, however over all the balance of these “Kirchner years” – from the presidency of Nestor Kirchner (2003-2007) and then the two mandates of his wife and successor, Cristina Fernandez Kirchner (2007-2015) – is certainly very positive, even spectacular, despite the “zero growth” in recent years due to the impact of the global crisis. There have been serious reasons to criticise the government, economically and politically in internal affairs and foreign policy – there is no doubt – but this victory of the right is due more to the division of Peronists between Kirchner supporters and others, than the credibility of the opposition.

This group, for the first time in national history, has managed to bring to power the candidate of  a real – and recently constituted –  right-wing party, while also a direct representative of the country’s richest circles. The president-elect, age 56, is a typical product of Argentinean capitalism – much more speculative and cushy than innovative and productive. He is, in fact, the son of one of the richest billionaires in the country who, among others, had greatly benefitted from the scandalous privatisations of the 90s. From the introduction of universal suffrage a century ago, all the democratic elections were won by two parties with a somewhat confusing ideological profile, between moderate left and extreme right: Peronists and “radicals” representing mainly the popular classes – and here too many middle class groups, leaving aside all the clearly-marked left or right-wing parties. And when the dominant economic powers wanted to topple a government they did not like, as in 1930, 1955, 1962, 1966 and 1976, they usually knocked on the door of the army barracks, an old custom now happily a thing of the past…

In a global perspective, the Argentinean elections mark a major defeat for the “progressive camp” and punish serious failures of the heterodox centre-left governments that have run several Latin American countries for the last 12-15 years.

Macri has promised not to cancel the generous social measures, perhaps excessive to some degree, brought in by the outgoing president – and the political power of the new opposition in Parliament, the provinces, and the powerful unions will restrict his movement. However, severe turbulence will be inevitable if the liberal-conservative team of business managers and banks acts without restraint or pragmatism, and if they intend, as many quite justifiably fear, to somehow return to the disastrous road of the ultra-liberalism and unbridled corruption of the 90s. A perfect example: the new minister of energy was for decades a top executive at Shell.

In a global perspective, the Argentinean elections mark a major defeat for the “progressive camp” and punish serious failures of the heterodox centre-left governments that have run several Latin American countries for the last 12-15 years. These governments benefitted from a very favourable period for commodities producers, introducing clearly needed policies of progressive redistribution of national income in countries marked by major inequalities; they encouraged industries – at least in the case of Argentina – but they failed to trigger real “long-term development” on a new more sustainable basis, by taking advantage of this unique situation. They took into account the need for greater social justice but much less so that of environmentally and ecologically balanced development. The cases of Brazil, and especially Venezuela, where like-minded governments are now also staggering, are perhaps the most significant, but even Argentina, despite its spectacular revival of 2003-08, has revealed that significant external and internal weaknesses are still there, and this change of government does not exactly bode well for better prospects.

Viktor Sukup is a European and International Affairs and analyst as well as a regional integration expert. He is a former professor of international economy at the Universidad de Buenos Aires during the 1990s and civil servant at the European Commission between 2000 and 2012. He is the author of “Europe and Globalisation”, Buenos Aires, 1998. Additionally, he serves on the board of the Club de Roma/Bruselas. This article was initially published as op-ed on Katoikos.eu on 18 September 2015 and is now republished under Highlights in view of the 4 October elections in Portugal.

Who are the real “Europeans” today? The bureaucrats, officials and parliamentarians of the European institutions, in their somewhat isolated “Brussels bubble”? A few distinguished philosophers and other intellectuals who firmly reject nationalism?

Since 2013, when negotiations began, the Transatlantic Trade and Investment Pact, or TTIP, has been hotly debated by the informed European public. Much less known, logically, is the Trans-Pacific Partnership (TPP) which, after more than five years of negotiations, was signed on 5 October in Atlanta, Georgia, by the US itself, Japan and ten other countries bordering the Pacific, with the significant absence of China.