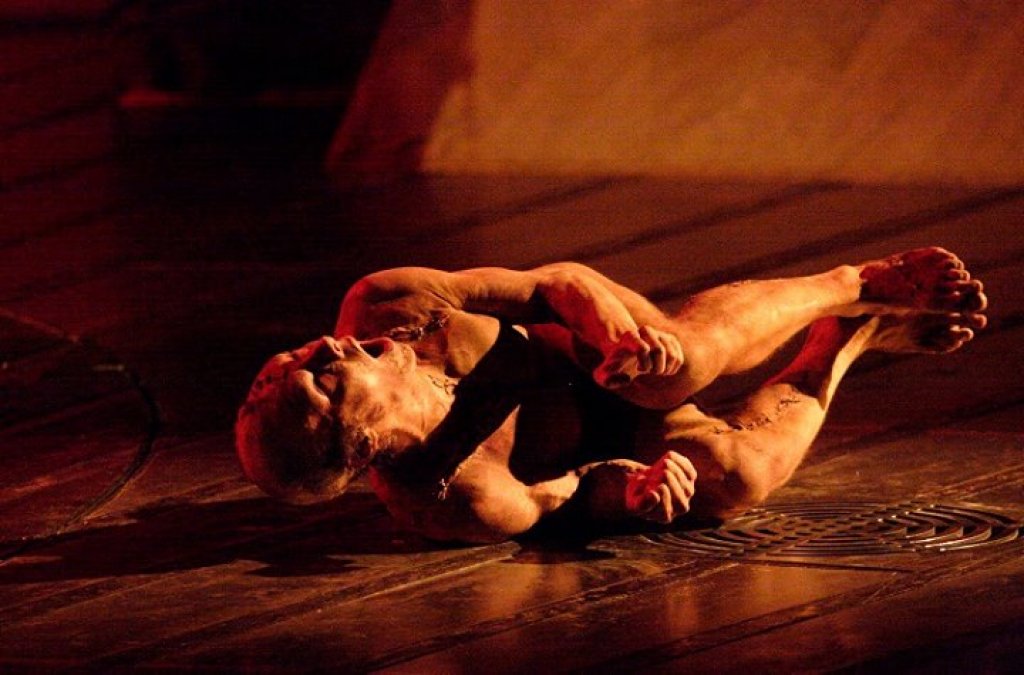 As many Turkish artists fight for their existence under difficult circumstances, a growing number of people are flocking to theatre halls to breathe the freedom of art, against all odds.

I recently attended a screening of the London National Theatre’s “Frankenstein” at the Istanbul Culture and Arts Foundation (IKSV) Hall, which broadcasted a recording of the play along with many other cinema halls around the world. Of course, I would rather see Jonny Lee Miller and Benedict Cumberbatch play Dr. Frankenstein and his monster live. But looking at the Turkey’s recent cultural developments, I believe it will not be possible, in any case not in the near future.

As in the play, when the monster is hounding Dr. Frankenstein for acceptance, the artistic stage in Turkey now seems to be expanding at a faster pace under growing pressure.

Turkey’s most famous culture house, AKM, – the notable structure on Istanbul’s Taksim Square – has been under renovation since 2007. Recently, the minister of culture once again expressed his wish to demolish it. The highly contested plan to redesign the building now seems like a neglect-based long-term demolition plan.

Additionally, the government has made several attempts to limit the themes of plays in recent years, using two major arguments: public morality and political criticism. Certain newspapers report on the “taboos and insults to the nation” committed by artistic groups, which they continually target for “immorality”, and judicial and bureaucratic measures inevitably follow close behind. Since the popular protests in 2013, many actors and actresses have been participating in mass protests and some have even become the faces of protests. This has been used as one more reason to up the pressure on the theatre houses.

There are striking similarities to censorship attempts in the Ottoman Empire in the 19th century, when a board called the Star Chamber was founded to “edit” the parts out of narratives and plays which were considered harmful. The same period is now officially called the “Despotism Era” in the history books. These measures have intensified, with private theatre houses receiving a notification that in order to continue receiving subsidies, they must guarantee the staging of plays that comply with public morality standards.

Due to restrictive measures and intimidation, state-owned theatre houses have been suffering badly, while one of the biggest mechanisms keeping the private companies afloat – the state’s cultural subsidies – seems to be disappearing into tax fines for companies whose actors have participated in protests or spoken out openly. Yet, the plays that have been staged in the past half a century in Turkey have generally had political or social-gender themes, rattling the nerves of conservative and nationalist viewers while serving as a massive hub of progressive ideas and liberal notions.

Despite all the hardships, the Turkish stage after the resurrection of restrictive measures is now coming back to haunt the authorities, much like Frankenstein’s monster. As in the play, when the monster is hounding Dr. Frankenstein for acceptance and taking a more severe stand when deceived, the artistic stage in Turkey now seems to be expanding at a faster pace under growing pressure.

According to Turkey’s National Statistical Board there are 719 theatres across Turkey that welcome some six million viewers annually. Although the same report also suggested that performance numbers are down 2% compared to the previous year, despite the 18% increase in the number of halls. Even though the government charges theatres with immorality, the counter-argument in defence of the stage is also a moral one. In response to all the things going wrong in Turkey at the moment (corruption, impunity, child brides, gender violence, etc.), the notable Turkish theatre and cinema actor Haluk Bilginer said, “The more theatre houses there are, the less immorality exists in society.”

What the stage in Turkey is currently experiencing reminds me of the storyline of the 1999 movie (and the fate of 1937 musical) “The Cradle Will Rock,” which deals with the state impositions on federal theatre in the US during the 1930s, when the target was the “Reds” and theatrical performances were deemed to be socialist propaganda that needed to be shut down. Unlike 1930s America, however, the restrictions in Turkey hit the mass media hardest, in a nation whose media tradition was already relatively weak.

However, humanity finds most use for fiction precisely during moments of despair. It is used to create hope and design a vision for a better future. It could be due to the growing pressure on media platforms (published and broadcast), that each year more people are taking up the habit of reading regularly and watching plays on stage.

Or perhaps it is merely a way of making a quick getaway from reality. “In such times of crisis,” urges Turkish political scientist Dr. Büşra Ersanlı, “hang onto theatre, books, literature and invest in your artistic capacity.” It might not be ideal at this time, but developments will come gradually.

Turkey’s theatre might have a much brighter future than the monster in the play and, perhaps soon, we might get to enjoy Benedict Cumberbatch’s acting live in Istanbul. Until then we must rely on London, Berlin, Paris and New York.