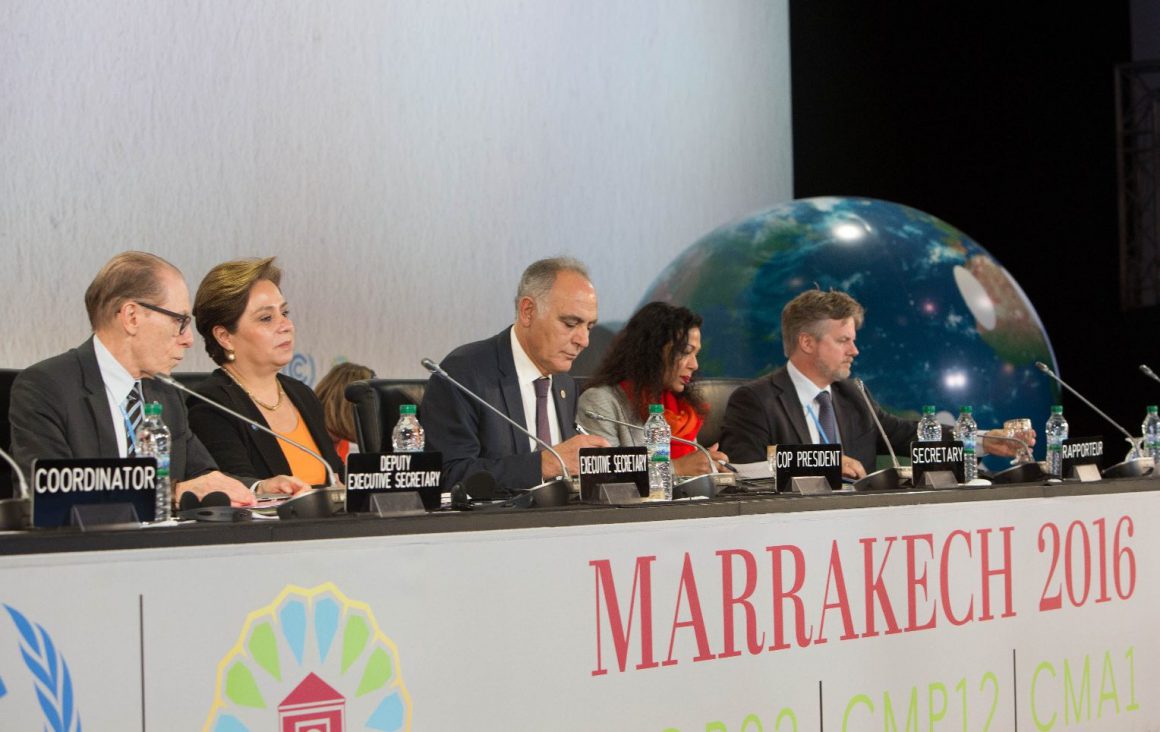 On 19 November 2016, this year’s United Nations climate change conference ended in Marrakech, Morocco. The 22n conference of its kind, or COP22 as it is broadly known, was a relative success.

Coming less than a year after COP21 in Paris (December 2015), COP22 was not meant to deliver any major new agreement, but to set in motion the process of implementing the ambitious Paris Agreement, which came into force on 4 November 2016, much earlier than anticipated. With China, the US, the European Union and many other countries on board it was not difficult to achieve the minimum requirement of 55 countries representing at least 55% of global emissions having become members to the Paris Agreement.

In the shadow of Paris, the goal of Marrakech was to help sort out the specifics of the Paris Agreement’s implementation by accelerating the development of a “rulebook” — a framework of rules or guidelines regarding the submission by member countries of their “Nationally Determined Contributions” (NDCs), as well as on transparency arrangements, new institutions like the Paris Committee on Capacity Building and processes like the periodic stocktaking of what more needs to be done to stay well below 2o Celsius in average global temperature increase compared to pre-industrial levels.

At the same time, COP22 had to facilitate an effective implementation of decisions reached at pre-Paris COPs, like the Warsaw International Mechanism on Loss and Damage, meant to assist developing countries cope with the cost of the most severe climate change impacts, such as tropical storms. Also on the agenda were the so-called Climate Change Gender Action Plans (ccGAPs), climate financing for both adaptation and mitigation, etc.

Inevitable compromises and elaborate half-measures have once again increased the complexity and reduced the flexibility of the whole process.

Within the confines of a semi-expert, semi-diplomatic gathering, the conference has delivered enough progress to allow all these issues to be moved forward. Nevertheless, the inevitable compromises and elaborate half-measures have once again increased the complexity and reduced the flexibility of the whole process.

On the sidelines of the negotiations, but often central in terms of visibility and impact, many announcements were made of financial, technology or capacity building support to developing countries by international financial institutions or governments, as well as climate friendly investors from the private sector.

The presence of some 80 heads of state or government and many more ministers elevated the conference to the highest political level. The non-binding “Marrakech Action Proclamation on Our Climate and Sustainable Development” that was issued in their name contains a strong push for the implementation of the Paris Agreement through the joint efforts of state and non-state actors.

Disregarding the usual posturing and drama, part and parcel of any self-respecting negotiation process, all would, at least most of the time, be good and sunny like Marrakech itself if it were not for the chilling news that arrived during the opening days of the conference: Donald Trump was elected President of the USA, to succeed Barak Obama in late January 2017.

A maverick opportunist, construction magnate and self-proclaimed anti-establishment fighter, Mr Trump had sent worrisome signals during his campaign with regard to climate action and the protection of the environment, among other messages of intolerance and unilateralism. Having tapped into the pulse of a large section of the US public, which harbours anti-globalisation, anti-immigrant and anti-intellectual feelings on both sides of the two-party system, Mr Trump can wreak havoc on international cooperation if he chooses to.

The fear within and outside the US is that Mr Trump may withdraw his country from the Paris Agreement, or even from the “mother” UN Framework Convention on Climate Change (UNFCCC) itself. This could be a “low hanging fruit” for Mr Trump to demonstrate that he keeps his electoral promises and acts according to his criticisms against the Obama Administration, which was among the first to accept the Paris Agreement, and was actually among its main architects.

Hopefully, such fears will not materialise, not only because it will mean the shut-down of a major engine for climate action that the US has been, often in partnership with China, during Obama’s years. The UNFCCC would also lose the 22% of its operating budget, contributed by the US, which would lead to reduced activities and reduced impact.

If that happened, others could, of course, step in to bridge the gap. The cooperation between China and Europe could, perhaps, become more central, replacing the China-US leadership duo. While this would be quite possible in terms of economy size and climate ambitions, the chronically divided and politically weak European Union would need more than a shot of courage to step up to the plate.

If Mr Trump’s America goes a separate way and starts polluting with new or revamped coal power plants, if unrestrained shale gas extraction and oil pipelines criss-crossing the country are the new order of the day, that will lay an even heavier burden on all others to reduce their own emissions to try to make up for the US shortfall.

The resulting free-for-all amidst bitter recriminations could unravel decades-worth of climate action efforts, and would undermine the broader 2030 Agenda for Sustainable Development, adopted by the United Nations in September 2015, which features the fight against climate change as one of its 17 global goals.

Now more than ever, vigilance, leadership and coordinated action are required — especially on the part of those still embracing the vision of an international system that works for all people, protects our planet and is geared towards a broadly shared prosperity.

This Saturday, on 27th March 2021, we mark the 15th annual Earth Hour. At 8:30pm local time, participants across the world will turn off all non-essential lights in their homes and offices in an effort to draw attention to the ongoing climate crisis that is ravaging our planet. The event first took place in Sydney,…