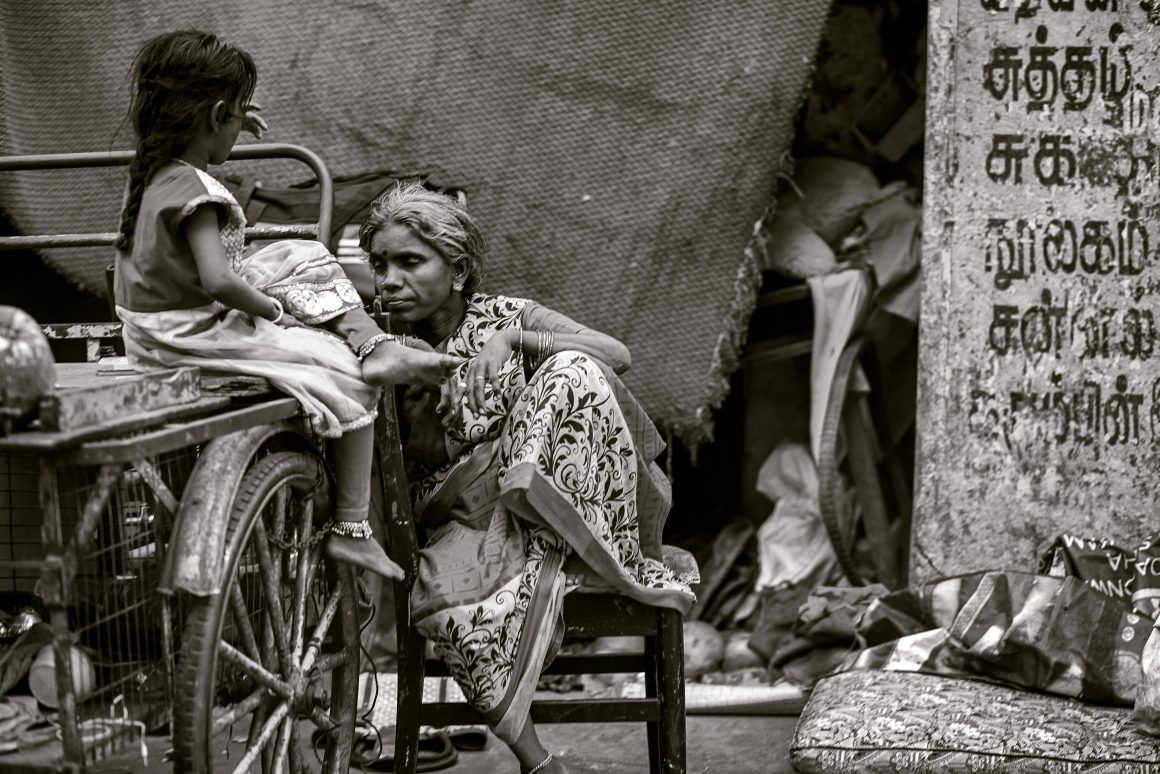 Photo by V Srinivasan on Unsplash

The overall context regarding the SDGs

The 17 Sustainable Development Goals (SDGs) and associated 169 targets were adopted by the UN General Assembly in September 2015. Though not legally binding, the SDGs have become de facto international obligations with the potential to reorient the domestic priorities of countries during the subsequent fifteen years. Countries are expected to take ownership and establish national frameworks for achieving these goals. In the context of sustainable development and the 2030 Agenda, a successful implementation of the SDGs in India would mark significant progress for their achievement worldwide, because the country’s more than 1.3 billion people constitute about one-sixth of humanity.

This article draws on the results of the project “Implementing the SDGs in India: Poverty, Hunger and Gender”, which has been supported by Queen Mary University of London and brought together a group of partners from India and Europe. The overall aim was to map and assess the trajectory of sustainable development in India by analysing Indian implementation structures for the SDGs in general, with a specific focus on SDG1: End poverty in all its forms everywhere; SDG2: Zero hunger; and SDG5: Gender equality and empowerment of women and girls. These three SDGs were selected by the research partners as initial case studies because India seems to be particularly struggling in these three areas.

India is committed to the fulfilment of the SDGs and has adopted an elaborate framework for planning, implementation and monitoring of all the 17 SDGs on its territory. The Ministry of Statistics and Programme Implementation (MoSPI) and the National Institute for Transforming India (NITI) Aayog are the key government departments/agencies entrusted with the task to plan SDG implementation and monitoring. A National Indicator Framework (NIF) was developed by MoSPI to monitor progress towards the SDGs and associated targets in the country. The NIF also aimed to provide appropriate direction to the policymakers and the implementers of various related schemes and programmes. With monitoring from the centre, via NITI Aayog and MoSPI, it is the individual states and union territories that are ultimately responsible for the implementation of the SDGs in India.

An analysis of state preparedness and active collaboration in advancing the SDGs in general shows huge variation. To illustrate that one may point to the contrasting structures created by a selection of states. Andhra Pradesh, for example, has delegated responsibility to the state Planning Department, and within that department has initiated a Vision Management Unit as the ‘technical hub’ to direct efforts and to work with the Department of Economics and Statistics, which is charged with conducting surveys to collect new data. This activity is derived from the “Vision 2029” document formulated by the state government, which contains a detailed SDG framework and an action plan for the implementation of the SDGs. The role of the Vision Management Unit is to set up a real-time outcome monitoring system on the progress of the SDGs and is expected to publish an annual status report on progress. SDG priorities are aligned with the state budget, so financial support is guaranteed.

This comprehensive planning and implementation (the positive outcomes of which are reflected in Andhra Pradesh’s high score in the NITI Aayog ranking of states), contrasts with that of Arunachal Pradesh, which has one “Nodal Department” concerned with the SDGs (the Finance Planning and Investment Department), has a vision document “under preparation”, proposes a satellite-based monitoring geo-mapping system with the status of “being developed”, has managed one sensitization workshop for senior staff, and has no specific items in the state budget related to the SDGs. Chattisgarh is in a similar position, approaching the SDGs through one undefined nodal agency, has a SDG Dashboard in preparation, has a Gram Panchayat development plan based on the SDGs also “being prepared”, and a Sports Policy and draft Youth and Disability policy in progress “based on the SDGs”.

While central agencies and in particular NITI Aayog and MoSPI have made substantial efforts to collate data on poverty alleviation and progress towards the fulfilment of SDG 1 for example or at least to meet the more modest target of approximately halving the incidence of poverty to a little over 10% by the 2030 target date, their efforts are seriously handicapped by numerous factors. These include non-standardized data collection procedures and lack of consistency in the indicators utilized across states and between the centre and the states. Indeed, NITI Aayog has noted that, of the 62 indicators that it had earlier itself identified, only 40 are shared in common with other data sources (primarily the states themselves). This indicates substantial unreliability in the data and points to the need for rapidly establishing a common reporting regime, sharing the same indicators, and reporting according to a common matrix.

The methodology for assessing progress towards SDG 1 as an instance typical of the others, needs to incorporate sociological dimensions of caste, gender, religion and ethnicity, and possibly other factors such as age. It also needs to note that a crude income measure does not in fact identify all that needs to be known about poverty – nutrition, educational and cultural access, and other factors being necessary to create a multi-dimensional model of poverty, food security and gender parity.

The Federal Government certainly needs to explain clearly to states and Union Territories (UT) the significance of the SDGs as common development and social justice goals, and to get them to recognize that local progress contributes to national progress that India can confidently report to the international community. It is clear that one major weakness at state/UT level is the lack of training and sensitization of government officers in the recognition of what the SDGs are and how they should become the reference framework for other schemes (panchayat, welfare schemes, rural development, etc.) that both reflect the SDGs and are vehicles for their realization.

Enhancing at state/UT level relationships with NGOs and academic researchers is an important area to be explored and worked upon. Coordination of work to promote the SDGs and to provide a holistic model and to prevent conflict emerging between goals (poverty reduction and environmental protection for example) cannot be resolved without active participation of civil society. Good practices need to be documented and incorporated. While larger structural adjustments in the economy, labour laws, employment practices and so forth are necessary, smaller and locally effective initiatives should be incorporated into a more holistic, rights-based approach.

The COVID-19 pandemic has pulled humanity back from milestones it had achieved on various development goals. India has witnessed a surge in COVID-19 positive cases. Rapid Assessments and studies undertaken have pointed towards unprecedented hunger, malnutrition, wage loss, rising poverty, as well as specific and aggravated impact on women and girl children. For SDGs to remain relevant for progress in India, a massive re-alignment exercise will have to be undertaken in full cognizance of this crisis.

Make sure to attend the FOGGS event, ‘Implementing the SDGs in India’, by registering here.  The event will take place on Wednesday, 12 May 2021 at:

Neetu Sharma, Coordinator and Program Head-Right to Food, Centre for Child and the Law (CCL), NLSIU