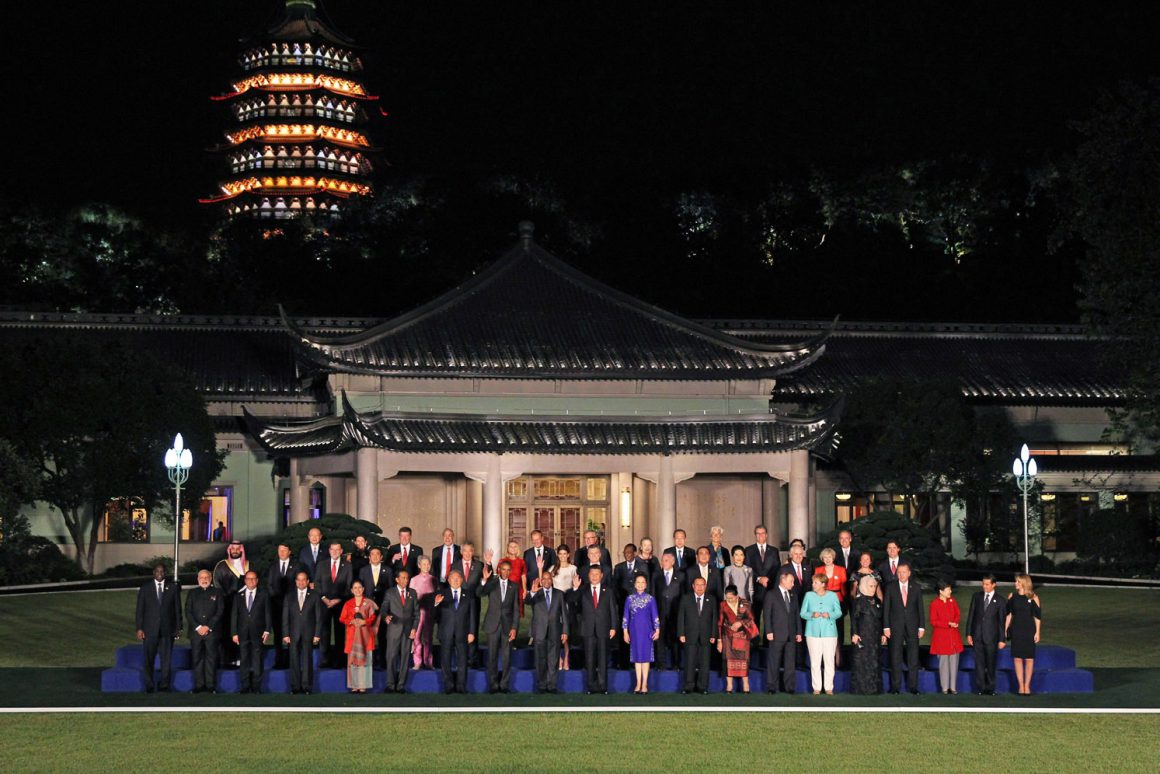 The stage for those preferring the freedom of ad hoc actions than global multilateral scrutiny.

This year’s summit of the G20 (Group of the 20 biggest world economies) took place from 4 to 5 September in Hangzhou, China. It was hosted by the Chinese President, in the group’s tradition of annually rotating its presidency among its members.

The agenda once again went beyond the classical economic issues of growth, trade and investment, and covered climate change, the 2030 Agenda or Sustainable Development, Brexit and even terrorism and health issues (see the Leaders’ Communiqué).

Many other issues were no doubt also discussed among the G20 leaders, in bigger or smaller groups. Moreover, the summit provided the backdrop for the US and China to announce that they had both ratified the Paris Agreement on climate change, a major step towards the latter’s entering into force.

It is interesting to observe that the G20 summits, initially a rather ad hoc tool for dealing with the global financial crisis of 2008, have acquired a long-term character and a growing agenda. They are gradually turning into sessions of some kind of a Global Economic Security Council, if not of a Global Directorate bringing together the most important established and emerging world powers.

Why not, one could say, since the G20 brings together the main global actors in a body that is more manageable than the “G200”, or “G193” to be precise, that is the United Nations General Assembly.

One could also say that the group is more legitimate than the United Nations Security Council, which has only 15 members, five of which have the right of veto as victors of World War II. There is no veto right for any of the G20 members, and the legitimacy element of engaging smaller countries from around the world can be said to be covered by the invitations sent to several non-G20 members to attend each time.

As for the 54-member Economic and Social Council of the UN (ECOSOC), the G20 is what ECOSOC would like to be but has not managed to over the seven decades of its existence.

The G20 of course does not preclude meetings of big powers in other configurations, notably the G7 for the developed economies of the West and the BRICS for the emerging economies.

Very importantly, bilateral deals continue to be struck, and they are as important as the countries striking them. For economic and even climate change matters the duo US and China is very much at the centre of attention and a major catalyst for action. For matters of peace and security the US pairs with Russia for critical issues like the conflict in Syria.

In most cases the United Nations is part of the background, legitimising deals through its Framework Convention on Climate Change (UNFCCC), the Security Council or other organ, with differing degrees of involvement, from rubber stamping (Syria) to more serious multilateral negotiations (climate change).

For broader normative matters the UN may retain the primary role of negotiating and deciding, as in the case of the 2030 Agenda and the Sustainable Development Goals (SDGs), but their successful implementation depends, as always, on the actions of each and every country, and most importantly of the most populous and economically significant countries, namely the G20.

How does Europe fit in this picture, one could ask? It is very well represented at the G20 table, with Germany, France, Italy, the UK (still in the EU) and the EU itself, which at the summit level means both the European Council President and the European Commission President. It is similar to the membership of the UN Security Council, where EU members hold two permanent seats (France, UK), as well as generally one additional non-permanent seat, out of a total of 15, although at the Council the EU institutions as such are not represented.

There could well be a powerful G3 or a G4, with the US, Europe, China and Russia working together on issues, in various combinations. However, the state of European integration, or rather the continuing lack of deep political integration, does not make it a realistic option, for now.

This holds true even when it comes to climate change, where the EU is broadly recognised for its ambitious targets and positive role in the international negotiations. But even then it is the US and China that mostly win the public relations contest and actually deliver agreement in the negotiations.

The polyphony of the various G groups may be an inevitable element of a fragmented global society that tries to deal with a multitude of major challenges. “Let a thousand [G-]flowers bloom” and each may find its niche, dealing with the corresponding challenge.

But the extent to which many of these Gs are increasingly unaccountable in terms of representativeness and transparency, critical voices and mistrust will inevitably build up among non-participating governments and the broader public.

A good solution to some of these issues of legitimacy would be to include at least the G20 in the UN structures, as a much-needed Economic Security Council or the executive arm of ECOSOC, working closely with the Security Council.

Do not hold your breath for that to happen, though. The resistance of those preferring the freedom of ad hoc action through the smaller Gs than broad multilateral scrutiny should not be underestimated. While they may be few in number, they are the strongest of them all.