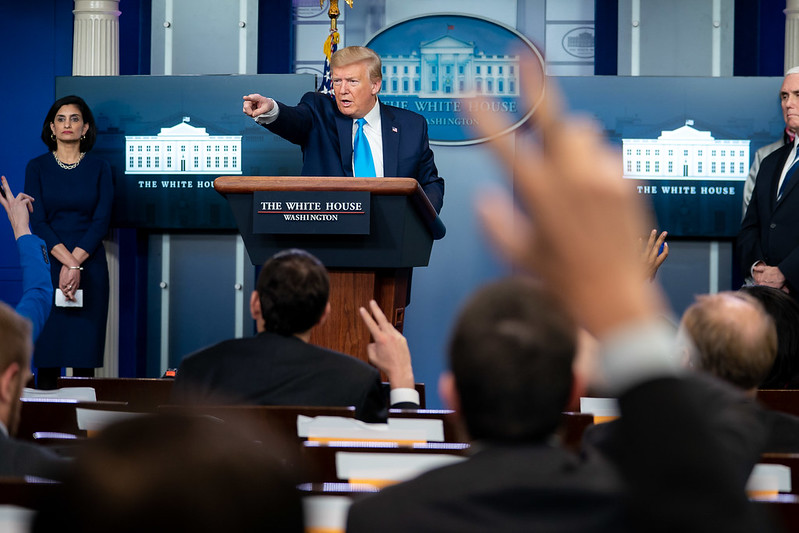 US President Trump has just surpassed himself in the disrespect that he shows to international institutions, and the truth. His disdain for any kind of broadly-accepted rules that would constrain his freedom of action is clearer than ever, as is his unhinged behaviour and his use of all possible means to keep his popularity and get re-elected to a second Presidential term.

Mr Trump’s latest “achievement” in this regard is his decision to halt funding to the World Health Organisation (WHO), allegedly for the latter’s politicisation by kowtowing to China in the early stages of the COVID-19 emergency. While the WHO’s record is not irreproachable, being diplomatic especially towards big powers and large contributors is a time-honoured tradition in multilateral institutions. The US itself expects, and has systematically benefitted from, such subservient behaviour of the heads of international organisations and other senior officials towards the “sole superpower”, “the world’s policeman” and certainly the biggest financial contributor to the UN and many international organisations that the US still is. Of course, getting a taste of one’s own medicine is not something human beings like, and Mr. Trump is no exception. Only that unlike me and you he is supposed to lead the richest and most powerful country in the world, controls a few thousand nuclear warheads and millions of conventional ones, and can unleash all kinds of nasty reprisals against organisations, countries or people whom he finds “nasty”.

Mr. Trump’s halting of the WHO funding does not only mean that some well-paid officials will lose their jobs or get only part of their generous salaries. It means that coordination of all of the world’s medical services will be disrupted and this in the middle of a once-in-a-century medical emergency that is COVID-19. This is inconsiderate at best and most probably criminal behaviour, as it spells the demise of thousands or even millions of people, in developing countries but probably also in the US itself, as the channels of exchange of information, collaborative projects for a vaccine and cure, funding of developing country underfunded health systems, etc. will inevitably be disrupted, possibly to a significant extent. It also symbolises the demise of US global leadership, which despite its past sins, has often left a net positive effect on the world, not least the system of international cooperation that we have since the Second World War.

In recent decades, US exceptionalism and unilateralism is nothing new. President George W. Bush’s decision to invade Iraq without UN authorisation in 2003 was based on falsified evidence and led to the death of hundreds of thousands of Iraqis, the destruction of a large part of the country’s infrastructure and even the rise of the Islamic State. Decades of US sanctions on Cuba and recent sanctions on Iran, with the flouting of international agreements and UN resolutions to the contrary, are well known to those following international affairs. Mr. Trump, though, has gone even beyond this traditional US unilateralism in terms of irresponsibility and selfishness. He does not care if the timing of his announced WHO defunding coincides with a peak in the COVID-19 emergency in various countries including his own, the US, which would benefit from smooth international cooperation in terms of data, material and good practices.

The US has consistently refused to be bound by international rules and agreements that are valid for “commoners” in the world of sovereign states. American exceptionalism and hubris go as far as to refuse to be subjected to the jurisdiction of the International Criminal Court (ICC), the Law of the Sea, the Paris Agreement on climate change and other agreements, while at the same time claiming moral superiority and demanding that institutions like the ICC apprehend leaders who started wars or ill-treated people in Africa or Asia. “Double standards” is a euphemism for such blatantly self-serving behaviour, especially when one also claims the moral high ground. But nothing is too much when you have nuclear weapons and control of the currency used for most international transactions.

There are still things that one can do, though, to show Mr. Trump that there are some limits to his power too. What about a set of sanctions that the citizens of the world, you, me and others may decide to impose on him? No more golfing in Trump owned resorts in Scotland, or staying in Trump hotels and resorts around the world, if you ever did any of that. Petitions to your governments not to invite him for visits and protests if he gets invited and decides to come. A Twitter campaign to reveal the fake and self-serving character of most of Mr. Trump’s tweets. A series of petitions condemning his misdeeds and articles exposing his irresponsible attitudes. On the side, a cold shoulder to US products and services too, as he is the duly elected leader of the US, therefore his holding his current office is a broader responsibility of the US citizens. If anybody says that this is unfair, then you can remind them that millions of people in Iran, Cuba, Venezuela, Palestine and elsewhere are suffering because of sanctions that the US under Mr Trump has imposed, in theory against the leadership of those places but in practice biting the average citizen, on purpose. That would mean really administering his own bitter medicine to the preposterous Mr. Trump.