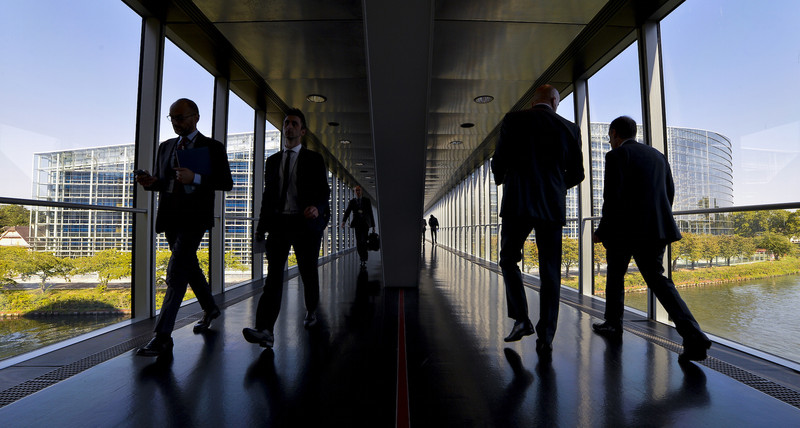 The annual Edelman Trust Barometer recently launched its 2020 edition in Brussels. More than 34,000 people from “28 markets” answered the online survey of Edelman Intelligence, a self-described “global insight and analytics consultancy”.  The questions asked were meant to gauge the citizens’ trust in “the major societal institutions”, namely government, business, NGOs and media.

Despite strong economic performance and high employment, at least in most developed countries, the previously mentioned institutions all score low in terms of trust. Variations do exist by country, however the average level of trust that government and media enjoy is just below 50 per cent, while for NGOs and business it stands at 58 per cent.

Among the most trusted groups of people are scientists, community members and citizens of one’s own country, while CEOs, religious leaders, government leaders and the very wealthy are increasingly distrusted. Two-thirds of citizens have no confidence that their current leaders can successfully address the challenges facing their country, with democracy as a form of government also losing legitimacy in the process.

Well, one could say, the time of government dominance is long past. This is the time of the private sector, which is actually achieving things and addressing people’s needs. Maybe that is the case, to some extent, but the trust of the people, the belief that markets and the private sector work for the common good is not there either. Fifty-six per cent of the respondents believe that “Capitalism as it exists today does more harm than good in the world”, while “less than one in three people in developed markets believe they and their families will be better off in five years’ time”.

The results come as no surprise to Katoikos and our parent institution, FOGGS. As Edelman’s own analysis confirms, the way capitalism and globalisation work today it is obvious that they do not serve the interests of humanity as a whole but the relentless pursuit of growth benefits primarily a small group of individuals. The others, even relatively high middle classes, are increasingly reduced to expendable masses, with no job and income security and no real impact on how big decisions that concern them are made. The natural environment also suffers in this one-sided globalisation that exploits people and planet, using the impressive advances of technology mainly for increasing profits too. Political leaders seem unable to balance this unbalanced situation, either because they do not get the full picture and have no solutions beyond the ambition to get elected, or because they rely on the rich few for their political success. These findings are very similar to a book recently published by Professor Albena Azmanova on Capitalism on Edge: How Fighting Precarity Can Achieve Radical Change Without Crisis or Utopia (New York: Columbia University Press, 2020).

A very interesting graph included in the Barometer assesses the four “institutions” according to the level of competence and ethical behaviour that people assign to them. The findings are revealing: governments are considered neither very competent nor ethical; the private sector may be competent but ethical it is not considered to be; the press is not considered to be either; while civil society’s honour is saved by a positive – even if low – score on ethics, but negative score on competence. The quarter of the graph where the competent and ethical “institution” should be prominently seated is vacant…

These findings cannot be the end of the road. They should only be another eye opener and a motivation to fill the gap, reforming all institutions and entrusting them to the right people so that they play their respective roles ethically and competently; it should be done soon or we are doomed.

The Edelman Trust Barometer can be accessed here.