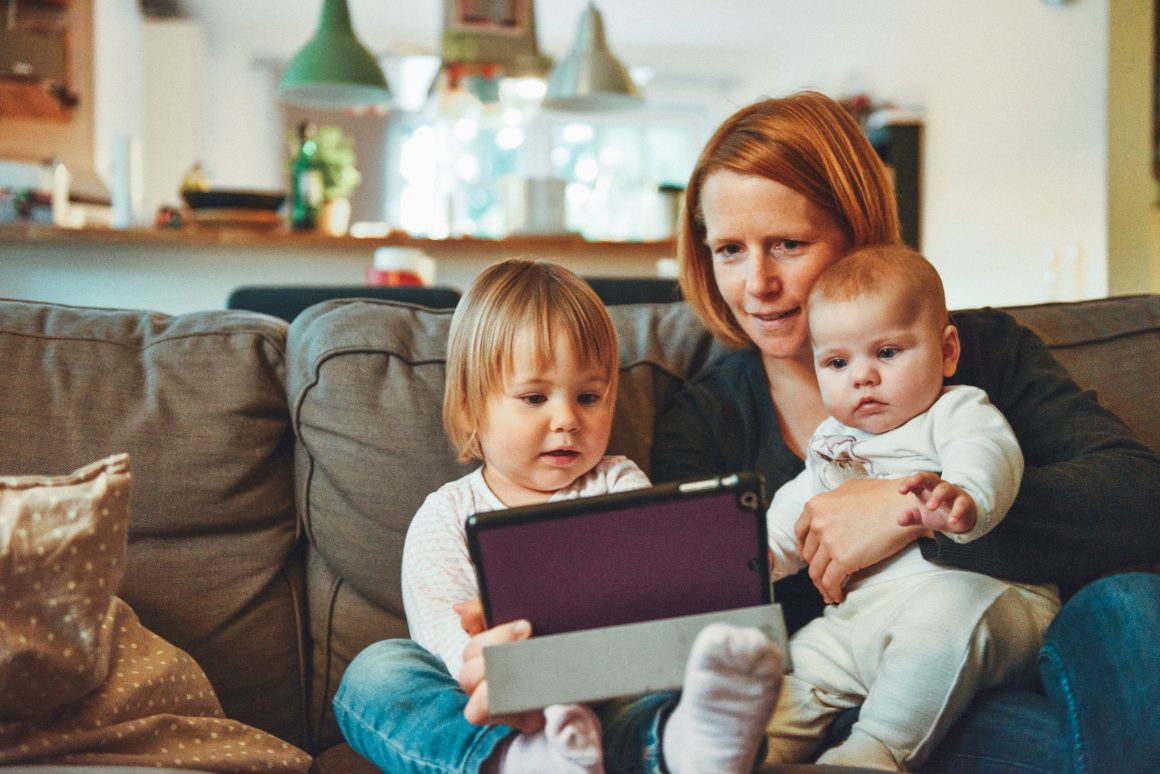 Photo by Alexander Dummer on Unsplash

If there is one aspect of life that is largely entrenched with gendered expectations, it is the role of women in social reproductive work – all the domestic care and childcare that is essential for a family to function. Due to the traditionally gendered nature of this unpaid work, it is often invisible and expected, resulting in it being undervalued. On the 24th February, China witnessed a landmark legal case resulting in domestic responsibilities and childcare being renumerated[1]. Whilst this echoes the 1970s feminist movement ‘Wages for Housework’[2], this event has sparked discussions regarding the specific value of this form of labour. There is currently no universal quantifiable value for the type of social reproductive responsibilities that allow for the production of wage labour, and even the compensation received in the recent court case is widely considered to be undervalued (50,000 yuan; or $7,700)2. So, how do we value unpaid work?

Given the importance of these unpaid responsibilities of care and the current undervaluation of the work, is there a way that the inherent value is recognised? China and Sweden depict two ends of the spectrum of gendered to egalitarian contributions to unpaid work[3]. As we are all intersectional individuals, the categories of women and men explored in this article should not be understood as homogenous – only that clear gendered patterns exist between the time spent in unpaid social reproduction work (see table 1). A country’s ideology matters for the value placed on reproductive work. Therefore, there is no universally objective way to determine the value of reproductive labour as it manifests in different ways and fluctuates spatially and temporally.

According to the UN Research Institute for Social Development’s (UNRISD) Research Paper on Gender Patterns and Value of Unpaid Work (2012)[4], data shows that more men spent time in paid work and more women spent time in unpaid work. When the hours of work (both paid and unpaid) were compared, results showed that women spent more time working than men. When assigning a monetary value, the authors suggest that unpaid work “varies from 25 to 32 per cent of China’s official GDP”, emphasising the sheer contribution of the work. That means that around 30% of China’s economy is dependent on unpaid work. This is an important step in understanding the work that is currently not recognised within a nation’s GDP and to symbolically raise awareness of its importance. Despite this achievement, even the authors recognise that assigning a monetary value is not a panacea for recognising the value of the work. There needs to be an increase of male participation in this unpaid work in order to address this inequality. 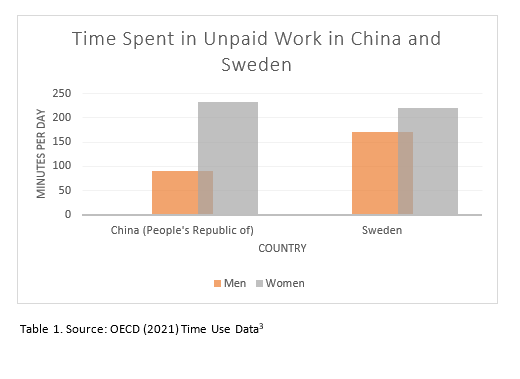 Addressing the value of this work does not necessarily lie within the household, as structural factors and government policies also contribute to reinforcing or addressing gender divisions. Gendered redundancies and barriers to wage labour, a result of public restructuring in the 1990s[5], is an example of a single way that government policies entrench the gendered nature of social reproduction work without the renegotiation of unpaid work. In order to renegotiate the distribution of social reproductive work, there has to be a shift from ‘conservative’ ideology and the reinforcement of traditional gender norms towards a more egalitarian approach whereby expectations of individuals are not determined by their gender[6]. In China, the exceptional circumstances of recognising the value of that work through a quantifiable framework is the beginning of recognising the time and energy intensity of the work in a public way.

While China depicts the marked inequalities of social reproduction and how that reproduction is exceptionally valued through economic means, Sweden presents the example of a country that has a relatively equal contribution of unpaid work between men and women.  As the data from the OECD (2021) time use dataset shows (Table 2), the mean difference between the unpaid time of men and women is 49.2 minutes per day, compared to China’s 143 minutes per day3. 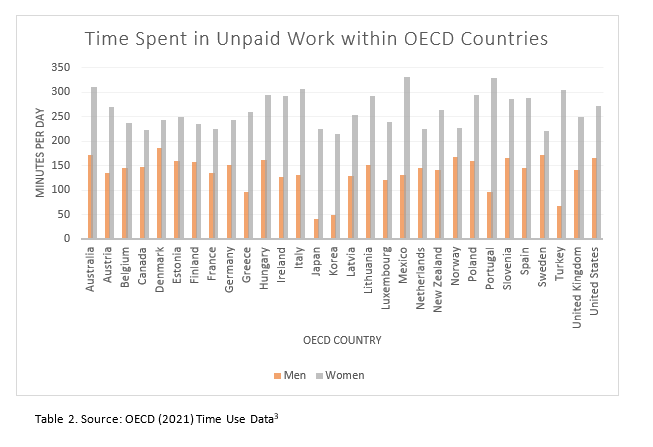 As Nordenmark (2004) explains, policy can represent gender ideologies at a structural level[7]. In Sweden, there has been a shifting ideology of paid and unpaid work where there have been active efforts from the government to both facilitate women’s participation in the workforce and encouraging men’s active engagement with family tasks. This has changed the perspective of gender roles to something more fluid and egalitarian. It is by no means an equal distribution even in Sweden – women still do more reproductive work than men – but the distinction between gendered responsibilities is significantly more blurred in Sweden, compared to China and many other countries in the world as the OECD data shows (table 1)3. The significance of a more egalitarian distribution of reproductive responsibilities is that the value of the work is recognised through the process of negotiating, so that all individuals understand the costs and benefits of this unpaid work.

The predominant issue is the often-invisible nature of reproductive responsibilities as an expected phenomenon, along with both the time and energy intense nature of the work restricting further opportunity to engage with wage labour. As Folbre (2020) explains in The Rise and Decline of Patriarchal Systems, in order to renegotiate the gendered nature of the responsibility of social reproduction, it must be accompanied by broader shifts in a more equal contribution to care[8]. In these times where there are relatively far fewer barriers in entering paid labour for women, the expectation of unpaid work is a double bind that need not exist. Optimistically, the recent court case in China emphasises a landmark on the long journey of negotiating the value of reproductive work towards a more egalitarian future.