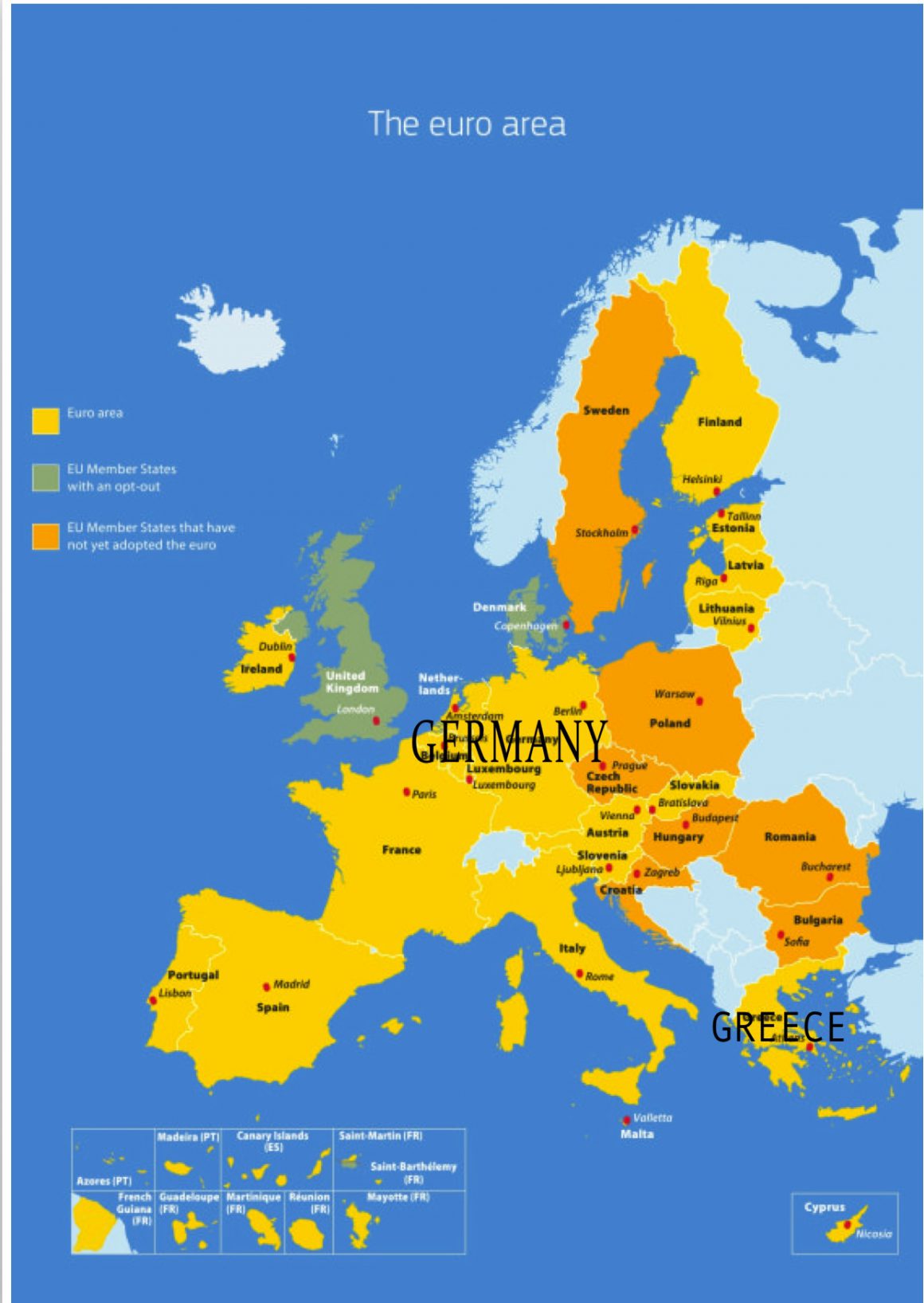 The fight about Greece’s bailout deal that is taking place within the Eurozone and the EU is not just about the sums of money that Greece may or may not get, and the reforms that it may or may not implement in return. There is a deeper fight about the nature of the European project and even the soul of Europe that cannot be ignored. While “the Institutions” of creditors claim to be engaged primarily in the first fight, the Greeks by nature have been fighting the second one. And of course the two fights are not unrelated to each other, as the Greek bailout deal may well determine the nature of the European project for the foreseeable future.

It is no secret to anyone that the tough position that countries like Germany, the Netherlands and Spain take vis-à-vis the SYRIZA government proposals also reflect ideological differences between the right-wing and largely neoliberal or neoconservative European mainstream, on the one hand, and the radical leftist and grass roots movements springing up especially in the South of the continent, on the other. Holding off the advancement of Podemos in Spain is as important as saving a few billion euros for the German taxpayers, billions that could be additionally printed by the European Central Bank in any case, if there were political will.

In this article I do not mean to bash the prevailing German policies of strict budgetary discipline and pervasive privatization. I would rather share some concerns about attempts at blanket implementation of such policies across a Europe that is quite diverse and cannot be forced to uniformly follow any one model of its constituent nations. While Germany’s dominant influence in the Eurozone and the EU may be justified on the basis of the country’s population, relative political and economic weight, and actual monetary contributions, its unconditional acceptance would not bode well either for Europe or Germany.

German- and North-led policies and structural arrangements may well have contributed to the bad state of the South, from the low inflation target of the European Central Bank to excessive lending by Northern commercial banks, low tariffs for agricultural imports competing with Southern products but favouring exports of Northern products, insistence on cyclical fiscal measures and austerity in times of depression, etc. However, a big part of the blame lies undoubtedly with the South itself, with its relative lack of organization and propensity towards the good life, deserved or not. Thus a North-South split within the EU has become increasingly pronounced.

A big part of the blame lies undoubtedly with the South itself, with its relative lack of organization and propensity towards the good life, deserved or not

Some examples of what a country should not do, from my Greek experience: Loads of EU subsidies have often been used unproductively, in infrastructure and other projects and training not connected to the local economy’s comparative advantages and strengths. The state machinery has been (over-)populated by people often selected not on the basis of merit but after the intervention of politicians wanting to secure individual and family votes. A resulting low productivity and low or non-existent sense of responsibility by civil servants and workers in the broader public sector, including utilities, has crippled the Greek economy and stifled the private sector. Tax evasion has been widespread, coupled with milking benefits out of state coffers for undeserved, occasionally criminally forged reasons. While similar incidents occur in all countries, their frequency and extent clearly increase the further south one goes in the European Union. These things have to change, and the reforms to be introduced with the new bailout package for Greece will hopefully help move the country in the right direction.

Is the imposition of German discipline on all others the way to deal with this? Is a “German Europe” the only solution, or there are alternatives? A German Europe would have balanced budgets, trade surpluses and a well-oiled industrial base producing the latest in engineering. Could this model be extended to the European South too? I doubt that it could be adopted in Cyprus, Sicily, Portugal or the south of France, let alone Greece. The oranges and the olive oil that they produce is another kind of treasure that industrious Germans want to make part of their diet for better health and mood. The warm beaches of the Mediterranean should be enjoyed for what they are, plus as a source of powerful solar energy, but need not be industrialized. The tourism industry of the European South can get better organized but taking away the relaxed feeling of the summer would defeat the purpose and undermine the interests of even the visitors from the North.

Is a “German Europe” the only solution, or there are alternatives?

The source of a lot of the European Union’s troubles can be traced in the inability to articulate a narrative of Europe that is inclusive of and goes beyond its individual national parts, be they strong or weak, productive or rotten. Different histories, often of wars, languages and cultures seem to make European unification a pipe dream. The indirect way of functional integration has apparently reached its limits, occasionally descending to extremes of standardization, which further increase the democracy gap that exists between the peoples of the EU and its central structures, notably the Commission, without delivering real and lasting unity.

In light of Germany’s being the undisputed engine of growth and basis of economic stability for the EU and the Eurozone, what could be an alternative scenario to uniformly “Germanizing” Europe? What could balance out German influence while preserving Germany’s positive contributions? Such a European “third way” could rely on some basic common understandings:

A European “third way” could rely on some basic common understandings

A proper pan-European debate is needed to determine all this and more, across borders, cultures, languages and regions, bringing the European peoples together to contemplate their common future. Such a debate has not properly taken place, nor has any overarching vision been articulated by leaders of pan-European magnitude, who do not seem to exist at present. The German Chancellor, Ms. Merkel and, surprisingly, Mr. Tsipras, the Greek Prime Minister, seem to embody the two main world views that are currently fighting for the soul of Europe. Whatever the short-term result of this unequal fight of visions and wills, a good crisis will have been missed if no drastic rethinking takes place of the future course of Europe and of what it means to be European, for each other and the world. This cannot be a German Europe, nor a Greek Europe either.