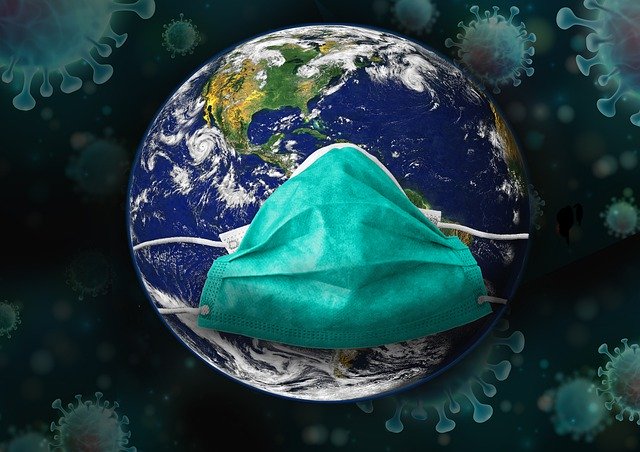 Image by Alexandra_Koch from Pixabay

While the fight to cope with the lethal effects of COVID-19 on people and the economy is continuing around the world, another kind of fight is also raging, for geo-political predominance between the world’s foremost powers. In this fight of the titans, the ‘little guys’ are paying the price, be it the individuals that suffer from the lack of cooperation against the virus to the actual institutions of global cooperation that have become pawns in a nasty game.

In a letter to the Director-General of the World Health Organisation (WHO) dated 18 May 2020 and made known to the world via Twitter US President Trump demanded the WHO to distance itself from China within 30 days, threatening that otherwise the US would consider withdrawing from the Organisation. Just a few weeks earlier Mr Trump had decided to halt US payments to the WHO, again accusing it of collusion with China in order to conceal the start of the pandemic and thus delaying the taking of measures. On 29 May the President announced that the US relationship with the WHO would be terminated.

What President Trump has not said in all this is that his re-election is at stake in the coming November and that the more than 100.000 Americans who died from the virus up to now pose a threat to that. He complains of WHO delays but omits to mention his many weeks of indecision on measures that should be taken to protect the US population. In a way he is the model of a new type of leader: unable to make decisions on substance and focusing on image and electability considerations even when tens of thousands of lives are at stake…

The US-China row is certainly not a confrontation of angels. From its side China denies any deliberate delay in sharing news about the virus but increasingly admits to attempts at concealment by local authorities in Wuhan. In any case, China somehow managed to take the necessary measures swiftly and with determination, containing the disease and eventually minimising the victims among its citizens. China also claims the high moral ground by pointing to the fact that the genetic sequence of the virus was shared with the world at an early stage in January, and afterwards that it provided medical supplies and expertise to many countries that asked for assistance.

We now hear that ten potential vaccines out of more than two hundred being developed are at advanced stage. Five of those originate in China, four in the US and one in the UK. Whoever gets the first vaccine approved, will they keep it for themselves, will they share it with their allies only, or make it broadly available, and at what cost? Surprisingly, the EU is missing from this list of vaccine forerunners. However, to its credit, it orchestrated a donors conference that collected €7,4 billion  for the development of vaccines, so that they would be shared globally through WHO. Despite its initial failure to provide significant support to its member states suffering the most like Italy and Spain, and the lack of a coherent strategy for exiting the crisis, the EU is trying to play a more positive role than the two superpowers, both in its interior and globally.  Unfortunately, it still seems unable to harness the energy of its individual member states and lacks the vision and confidence to play a major role in serious geopolitics, including the geopolitics of health.

By the way, who remembers that this year is the 75th anniversary of the United Nations? The world body was established in 1945, upon the end of World War II, and carried the geopolitical imprint of the balance of power at that time but also the promise of a better life in peace, prosperity and human rights for all. Today and under the influence of COVID-19 the United Nations finds itself working from home and socially distant, even more than it was before. The Secretary-General is making valiant efforts to bring sense into the post-COVID-19 world, among other things calling for assistance to the poorest countries and for “building back better” instead of returning to “business as usual”. The intergovernmental bodies, though, the Security Council in particular, have difficulties adjusting to the requirements of virtual meeting and decision-making. At the same time, another crisis is looming in the UN’s finances because countries do not pay their agreed contributions.

Well, the UN will probably survive, even if it becomes increasingly ineffective. The WHO will also survive, even without US money, and will hopefully improve its procedures after the COVID-19 experience. The EU will keep limping on, or may even manage to revive its fortunes through its European Green Deal. The US will head to its elections with more COVID-19 victims and more riots because of racial violence on its streets, while China will keep marching on, controlling a lot more than the virus in its citizens’ lives. But the spirit of common humanity and global cooperation may not be revived any time soon, with tensions and mutual accusations remaining the name of the game for quite a while. And when elephants fight the grass suffers. Among other things this will be a lasting blow to the chances of finding a safe and effective cure to this and future pandemics for all people around the world. It will also be a blow to the chances of broader cooperation for peace, human rights and prosperity. Wouldn’t these be the right reasons for countries, leaders and citizens to reconsider their attitudes?