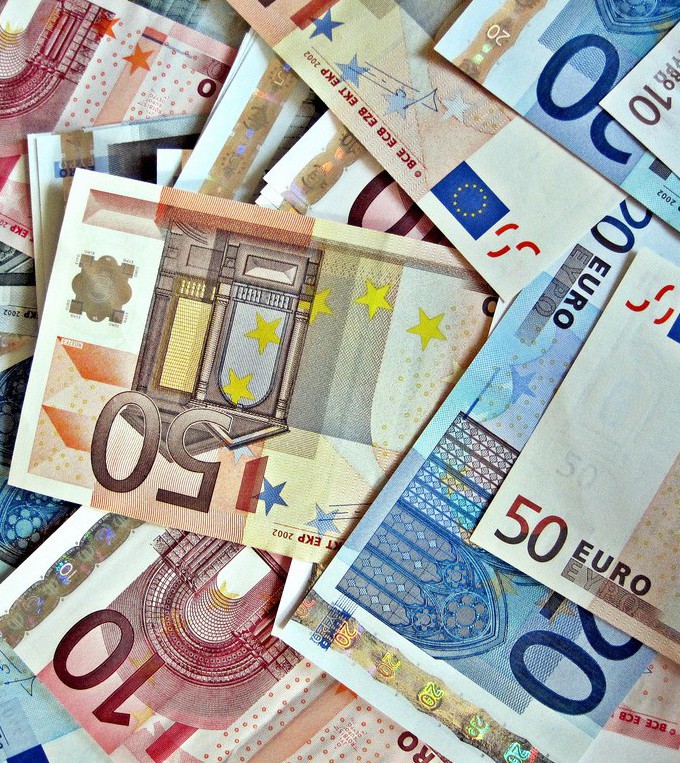 Amidst growing criticism from civil society and academics on the adoption and focus of the EU budget, the European Commission proposed last week an annual budget of €143.5 billion for 2016, only 1.6% larger than in 2015, “to support the recovery of the European economy and help improve lives in Europe and beyond.” The budget amounts to no more than 1% of EU’s collective GDP, but has been scrutinized ever since the founding of the European Coal and Steel Community in the 1950s.

In 2016, Erasmus+ and the Migration and Integration Fund will receive 30% more funds than in 2015, while the share for agriculture and rural development was reduced significantly. An €8 billion guarantee is allocated for the European Fund for Strategic Investments promoted by European Commission President Jean-Claude Juncker since 2014 to attract private money for underfinanced areas. But few Europeans actually know where the money goes and if it is spent efficiently.

Negotiations to approve the yearly budget take place with a certain degree of opacity. The Commission proposes the budget, and the Parliament and the Council approve it, modify it or request its entire revision. Despite a preliminary agreement on the main priorities outlined in the Multiannual Financial Framework, agreed upon by EU Member States for a period of seven years, the budget is usually agreed upon in the eleventh hour of the 21-day timeframe. The positions of each group of negotiators are strong: member states don’t want to spend money and the Parliament asks for more investment to cover agreed upon projects, while the Commission wants to reduce the growing number of unpaid bills. Given that 70% of the budget comes from the contributions of the member states, the final decisions remain at the mercy of their national interests, which can or cannot reflect the Commission’s policy priorities. What’s more, according to political scientists James Alt, David Dreyer Lassen and Joachim Wehner, the EU budget is often used to reach political deals, with fiscal policy serving electoral purposes and creative accounting being done at the supranational level.

Discontent is by far the deepest when it comes to redistribution. The share given by EU governments to the annual EU budget is calculated as a percentage of their gross national income (GNI), so countries which have more, pay more. But this does not necessarily mean that they also get more in projects financed by the EU budget. Countries with the greatest financial need are the ones on the top of the list of recipients. Britain is an exception to this rule, as it gets a rebate thanks to Thatcher’s diplomatic skills in the 1980s, which allows the UK to reclaim approximately two-thirds of the amount it gives to the EU budget. Britain’s special status is also subject to criticism.

The politics behind redistribution has a lot to do with the Common Agricultural Policy and the disproportionately large amount of the budget that goes to cover its costs. While France needs the CAP to keep its farming sector in business, the policy had rather negative effects on the economic situation of poor European farmers, who are not able to co-fund EU projects that would help grow their productions. The 2016 budget still allocates a fair amount to CAP, although some argue that other economic priorities should be given more attention.

According to a recent IMF report, effectiveness is definitely not one of the strong points of the EU budget. The IMF argues that the budget does not reflect economic priorities, and the rules by which the Eurozone functions are not in touch with today’s realities. As per the convergence criteria, EU members should keep the budget deficit below 3% of GDP, keep public debt below 60% of GDP, demonstrate long-term price stability, and ensure interest rates remain within certain limits for at least 2 years. However, the majority of EU countries are running budget deficits over the fixed limit.

While the EU does not generate debt, the European Central Bank offers guarantees to countries that borrow money but cannot pay it back, thus incurring the debt at the member states level. This is partially why the EU took much longer than the US to recover from the 2009 global financial and economic crisis.

The EU budget is ultimately subject to the fiscal framework of the EU. In the absence of an integrated labor market policy and fiscal integration at the supranational level, the EU has to make do with the results of a flawed foundation, political economist Ha-Joon Chang explains in an interview for Truthout.

Calls to reform the budget of the EU have revolved around three main ideas. First, supporters of the “economic governance” are calling for a fiscal union, but the term is interpreted differently by France, who would like this to apply to Eurozone members only, and by Germany, who sees such a union as comprising all EU members. A second proposal is to change the source of the budget to rely less on member states contributions, but that would change the political institutional relationship and transform the EU governments into beneficiaries rather than decision makers. The third and most supported idea is to establish a federal budget and inter-state insurance mechanism, with a VAT managed at the supranational level, national ownership of budgetary rules and an anti-bailout commitment from the EU.

Whatever the way forward, it is clear that the debate around the EU budget is far from over.

UN Day, 24 October, is only a few weeks away. To prepare for the festivities, the Foundation for Global Governance and Sustainability (FOGGS) and Katoikos are looking to build a video collage of 100 photos to symbolize what the UN represents to the citizens of the world as a part of our UN75+25 Alliance. We…