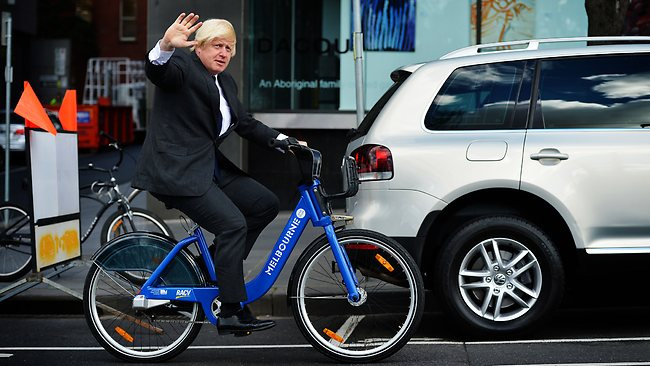 Barely a week old into his unexpected assignment as Britain’s new Foreign Secretary, Boris Johnson was already making headlines. Yet, could Boris Johnson be more than a wild card in Theresa May’s new cabinet?

On his second day at the new job, Mr. Johnson got booed by guests at the French Embassy reception in London.  Then came the terrorist attack in Nice and the need to grapple with the fallout of the coup d’etat attempt in Turkey.

But the reaction he received from the U.S. press corps during his meeting with Secretary of State John Kerry really caught Mr. Johnson with his back against the wall. The joint press conference that followed saw a Boris Johnson taken to task by reporters asking him about the insulting references he made to world leaders, including comparing Hillary Clinton to a “sadistic nurse in a mental hospital” and attacking President Obama for his “ancestral dislike for the British Empire”. Peppered with questions and grilled for his past gaffes, the former mayor of London refused to apologize:

“I’m afraid there is such a rich thesaurus of things I’ve said that have been one way or another, through what alchemy I do not know, somehow misconstrued, that it would really take me too long to engage in a full global itinerary of apology to all concerned,” he told reporters during the press conference, his first with his U.S. counterpart.

His controversial appointment as the UK’s top diplomat came with a swift and incredulous reaction on the world stage. Many rolled their eyes as Mr. Johnson took his place among the leading foreign dignitaries of the globe.

Handing one of the great office of state to him, an erratic and controversial political figure, in a time of political discontent and uncertainty is a huge gamble.

Choosing Mr. Johnson for such a position is considered by some not so much as an unfortunate mishap but as a massive political gamble.  Handing one of the great office of state to him, an erratic and controversial political figure, in a time of political discontent and uncertainty is a huge gamble. Yet, this might well be a calculated risk and Mr. Johnson could prove to be the right man for the job.

Firstly, the Foreign Office is not as important as it once was. Already under Tony Blair, the Prime Minister’s Office has started intervening in a variety of areas, including foreign policy, hollowing out much of the power of this department. The ministry saw its attributes watered down by other areas of the government. Prime Minister May doubles down on this trend, bringing the most important issues of British foreign policy under the newly established Secretary of State for Exiting the European Union and Secretary of State for International Trade.

Boris Johnson is now heading a Foreign Office that looks more like a sales department for British interests, making it the perfect place for an unpredictable yet charismatic politician who managed to sell London to the world and win the bid to host the 2012 Olympic Games.

The move is also intended to unite the Conservative Party, quell any sort of internal discontent and bring the grassroots and right-wingers, for whom Mr. Johnson remains a popular figure, on board. With a slim majority in the House of Commons of only 12 MPs, Ms. May is very susceptible to divisive party rebellions. Keeping the populist and Eurosceptic Boris Johnson close makes strategic sense as Theresa May believes that with him in office, there’s less of a chance for warring factions within the Conservative Party to turn against the Prime Minister.

Also, as Foreign Secretary, Boris Johnson will be traveling the globe, spending large amounts of time away from London and from plotting party coups against the newly appointed PM. Yet, having Mr. Johnson as the most absent figure in her cabinet doesn’t save Theresa May the trouble of dealing with all kinds of diplomatic incidents her Foreign Secretary is prone to.

Boris Johnson’s support amongst a large number of Tory MPs, especially amongst Brexiters, helps not only Ms. May stay out of trouble, but also sends a clear message that the new cabinet is determined to follow through with the UK’s exit from the EU.

In her inaugural speech, Theresa May was quick to point out that “Brexit means Brexit”, dismissing all hopes that the UK might change its minds about leaving the European Union. Having Boris Johnson, leader of the Leave camp, enlisted in a top ministerial position shows that triggering the now notorious Article 50 and parting with the EU is just a matter of time.

In a quest for party unity and political stability, calling upon Boris Johnson to serve in office is a smart move with far wider consequences.

In a quest for party unity and political stability, calling upon Boris Johnson to serve in office is a smart move with far wider consequences. Populists, just like Mr. Johnson, appeal to their constituents especially when kept outside public office, unaccountable to voters and away from the harsh realities of governing a country. Giving them the chance to step up to the plate and take charge holds but only two possible outcomes: fail big or become run-of-the-mill politicians. Either way, populism across the continent will be losing ground, proving that disarming it might be a matter of implication rather than isolation.

It would be hard to understand either disaster without a reference to the brutal ravages of two out-of-control markets which habitually devastate lives.

We asked a number of voters to explain the political earthquake that shook the UK last week and to say what the opposition parties should do next.