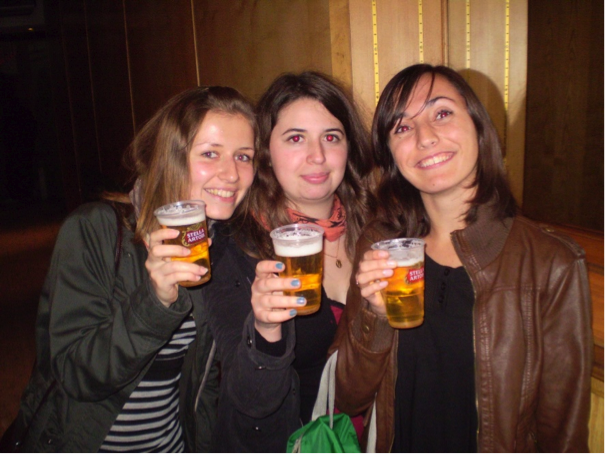 Length: 6 months in each country

I had the chance to spend my Erasmus in Belgium and Germany, one semester in each country. This was due to the fact I was doing French and German at university. The experience itself was definitely invaluable and both locations proved to be quite different for many reasons, however equally enriching.

Brussels Erasmus students’ crowd was very international and multicultural with students coming from all over the world, not just Europe. The city definitely had a lot to offer and even though there were hundreds of us there, there were organized events for us by the Belgian students such as diners, nights out and sightseeing trips around the city, so there were lots of chances to meet people and mingle with different groups and we quickly managed to make friends and spend a lot of time together at each other’s homes. However, meeting Belgians proved to be a bit harder as the Erasmus students were always together and this also limited the opportunity to speak French outside of university as English always took over.

Germany proved to be a different experience. I was living in a relatively small student town, Karlsruhe, in the South. I was accommodated in a student housing where the general policy was: not more than four foreign students per floor as we had to integrate with the locals. This was an excellent opportunity to use the language daily and really taste the student life in Germany. Everything was really well organized, every Erasmus had a buddy who helped them with sorting out all the formalities. Karlsruhe was also great for travelling as it’s very close to France and lots of southern German cities and our university organized a lot of trips which was fantastic.

Overall I’d say my Erasmus year was an amazing experience, the fact that I had such a variety between the places probably made it even more exciting and there was never a dull day in the whole year. In my opinion this can really enrich the whole studying experience on so many levels that I absolutely believe it should be encouraged amongst students to do it.

Would the British vote to leave the EU had there been a pan-European public sphere? Would nationalist and populist arguments have the same appeal in Britain and other European countries? An interview with the realists behind Politix EU

From the ashes of this ethical debris of the European civilization and the European project that were born after the Second World War and in reaction to all the ignominies of that past, the nation-state and its populist hubris are emerging as the big winners.