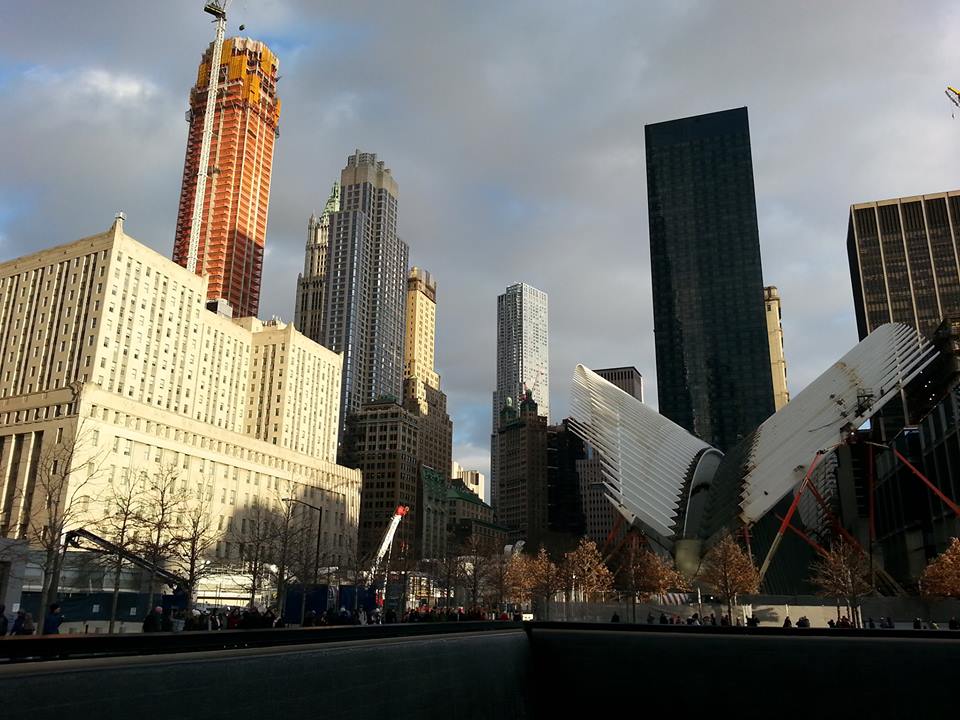 I was recently visiting the US again, more than a year after my last visit and some two-and-a-half years after I moved from New York to Brussels. Twelve years working for the United Nations in New York may not qualify me for US citizenship or a green card, and I am not sure I would want either at this stage in my life, but certainly a New Yorker I feel, then, now and forever.

New York for me is the capital of the world, not only because of the United Nations, and less so because of Wall Street, but certainly also because of the immense diversity in cultures and cuisines, languages spoken, music, exhibits and other cultural activities from across the globe. You can find everything in New York and you can find New York everywhere – in the movies that the world watches, in the change of the year at Times Square, in what the New York Times publishes, in the trends that New York sets. The city is full of beautiful, ambitious and creative people. It is dynamic and intense. It is where you live your dream, if you want it hard enough: the sky is the limit here.

Quite a contrast from Brussels, the capital of Belgium and the seat of the main European Union institutions, where I now live. “Gotham City” or “The Big Apple”, as New York is also known, rises into the skies, with its high-rise office and residential buildings. Brussels has an area of high-rise buildings, ambitiously called “Manhattan” by the way, but it is mainly a beautiful, art deco, low-rise city with some medieval structures still intact at is famous Grand Place. New York’s skies may pour down with rain and snow, lots of snow during a heavy winter, but they are deep blue and sunny the rest of the time. Brussels, in turn, tends to be milder but often overcast and with drizzle, giving you a claustrophobic feeling when you do not see the sun for weeks at a time. 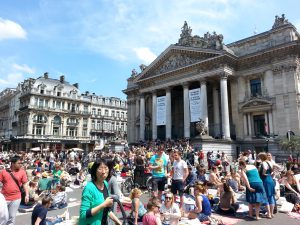 New York is multicultural, with distinct neighbourhoods, restaurants and supermarkets, with its numerous national parades spreading their special flavour each time – from St. Patrick’s Day Parade  to the Puerto Rican, Greek, and many others. Brussels is also becoming increasingly multicultural, mainly with Europeans from other countries and Arabs from North Africa, some sub-Saharan Africans too, and of course it has its indigenous linguistic divide between French and Dutch/Flemish speakers. As apparently is the case in the rest of Europe, rather than being a source of richness and pride these diverse cultural identities seem to be a cause of concern, with political correctness trying to ignore them and political expediency trying to accentuate them.

Plays and musicals on Broadway, performances at Lincoln Center and Carnegie Hall, exhibits at the MoMA, the Metropolitan Museum and the Guggenheim, movies shot in and about the city, set trends and are points of reference worldwide. Brussels, of much smaller size than New York, has a surprisingly vibrant artistic scene that its inhabitants enjoy thanks to institutions like Bozar, Flagey and Ancienne Belgique, but has no claim on influencing people beyond its limits, not even within the EU.

New York is known as “the city that never sleeps”, with the subway (metro) running 24/7, delis and some other stores the same, shops opening long hours including on Sundays, and with attentive service offered by shopkeepers to waiters to bank tellers. Brussels thankfully has an increasing number of night stores and supermarkets that also open on Sundays, but most shops open during office hours, making it difficult for office workers to visit them. Services often seem to be offered with the rights of the person serving in mind, rather than of the client, who undoubtedly does not seem to “be king”… And I could go on and on making such comparisons between the two cities.

What am I getting at with these arguments? Is this an unqualified eulogy for New York and a scathing criticism for Brussels? A praise for America and a castigation of Europe? Not really, not least because I am aware of the many problems New York and the US model have. The infrastructure has a lot to be desired, notably the train system, which is still old and slow; no TGV or Thalys connecting New York to Washington or Boston for example, unlike the impressive connections that Brussels boasts of with Paris, London, Amsterdam, Cologne. Criminality is lower in Brussels and life is quite comfortable, more family-friendly and less stressful than New York. Working people are entitled to longer vacations and other benefits, and can count on high-quality healthcare and education at significantly lower cost. Inequalities may be rising but still in Brussels and Europe there is a large middle class that enjoys a good life. There may be racial tensions but Europe is not facing situations like in Ferguson, Missouri or in New York, with deadly attacks between black US citizens and the police.

My critical comparisons between New York and Brussels have been an attempt to distil the best of both worlds, and hopefully infuse what is missing from one to the other. For Europe, which is the focus of this publication, it would mean, among other things, less parochialism and more ambition for the future at individual and collective levels; more client orientation and more flexibility in employment conditions, while keeping an overall guaranteed social safety net that is the jewel of the “European model”; more openness to other cultures and influences, notably those from other countries of the EU but also beyond; much more openness towards and investment in new ideas, innovation and creativity; and an overall more optimistic attitude and can-do spirit.

In the second letter from America, in the coming days, I will attempt to address the New York – Brussels / USA – Europe differences at a more political level, trying to understand why the US can be expected to be a top global political and economic player for at least another hundred years, while Europe may well continue to decline over the same period, with the occasional exceptions of Germany and the UK.