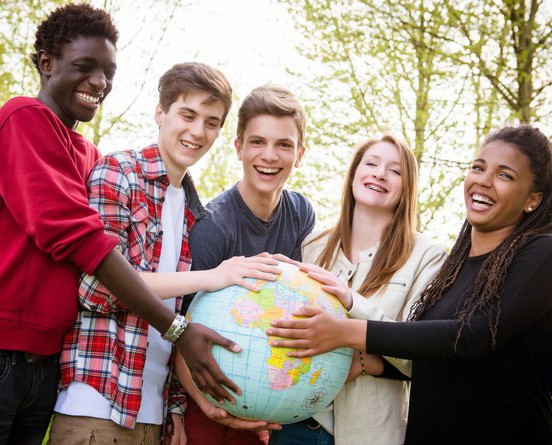 “But, where are you really from?”

“Well, I was born and raised in Spain but both my mom and dad are Filipino.”

“Oh, now it makes sense, you’re from the Philippines.”

I think this is the question I hate the most to answer. Well, let’s not say “hate”, cause it is a pretty strong word; I’ll just say that this might be one of the questions that I enjoy to answer the least. These four words may seem innocent, harmless…at first. But these apparently innocent and harmless words actually mean something like “I am wondering where you come from, whether you’re a product of a interracial couple or you just happen to be here”. Yes, sometimes there is a hidden message in disguise.

I want to share with you my experience—a little insight of what it is like to grow up as a second-generation immigrant in a so-called open-minded, international and cultured world we’re proud to say we live in.

The thing is in Spain I (sometimes) am not fully considered a Spaniard; in the Philippines I am not a Filipino either. I felt in a limbo, a lost soul on a bridge between two places.

But before that, I will tell you a little bit about me and my (short) story. Once upon a time, there was a girl born in Madrid, daughter of two Filipino immigrants who came to the country over 30 years ago. These two Filipinos accidentally met in Madrid (but this is another story), got married and had two kids. They named them Ryan and Reina, and they decided to raise them in Spain despite all the difficulties that came along with that decision. This little girl grew up unaware of all the comments and nasty looks from some people. Sometimes she wondered why her friends at school had a lighter skin color and why her nose looked as if she had just pressed it against a wall. But then one day, as a teenager, she started to think about her roots, her identity. She didn’t know whether she was first a Filipino or a Spaniard instead. Her ID and passport at that time would say that she was a Filipino citizen, but did she really feel that way? What if she told her parents that she felt more Spanish and that she wouldn’t identify herself as Filipina if someone asked? And what would happen in that situation? What if people ask her? What would she answer them?

The thing is in Spain I (sometimes) am not fully considered a Spaniard; in the Philippines I am not a Filipino either. My family there would say that from the outside you could tell that I was a Filipino, but the way I moved, the way I expressed myself, told these people that I was an alien. I felt in a limbo, a lost soul on a bridge between two places.

I do feel that some people need to get an explanation as to how I arrived to Spain, what I am doing in the country and also the reason why I am so good at Spanish.

I know that some people ask this question driven by curiosity, and they don’t intend to harm me or make a (racist) comment. But others, I do feel that they need to get an explanation as to how I arrived to Spain, what I am doing in the country and also the reason why I am so good at Spanish.

I have been complimented a lot about how good my Spanish is, and well, I am Spanish, or at least that is what I think I am. But apparently this is not enough for some people. They need to keep digging in until I share my roots with them. I am a product of what is called a “second-generation immigration” despite the fact that both my brother and I were born and raised in Madrid.

So, whenever I explain this to some people, they will conclude that I am a Filipino and no longer a Spaniard. The thing is, I feel that I am a little bit of both, and I am proud to have been raised between two different cultures, with the worst and the best of both worlds. I have to be honest: when I was little, I was in a quandary and didn’t really know how to answer to this question. Kids don’t intend to harm you; they are just curious and want to know why your skin colour is different, but at the same time you share the same things with them. We’ve watched the same cartoons when we were little, sang the same songs at the school bus and speak the same language! But now it is different. Now, I’m confident and proud to say that I am both Spanish and Filipino, that I belong as much to Europe as well as others with European parents.

The thing is, I feel that I am a little bit of both, and I am proud to have been raised between two different cultures, with the worst and the best of both worlds.

I feel frustrated when I see all those anti-immigrant parties emerging around Europe. Just like ourselves, especially us, the young generations, immigrants come to Europe seeking a better life. If we, young people from the West, wish to work elsewhere in the world, that would be perfectly OK and normal and, of course, we wouldn’t be taking jobs from the locals. We’d be called expats, not immigrants. I feel that it is a contradiction, a selfish way of thinking. We all deserve that opportunity and this decision shouldn’t be hindered by skin colour, religion or race.

But I’m happy to see that not everyone sees this the same way. Once I was told, “Well, it is stupid to assume that you’re not Spanish. You’re as Spanish as I am, no matter where you’re parents are from.” And I have to say that I was happy, surprised, shocked, all at the same time when I heard this, because I know for sure that these words were sincere and honest. Because as much as many people say that we live in a modern and open-minded world, some of us still suffer from nasty comments in the streets, comments targeted to harm you and make you feel like an alien that has come from a different planet and that doesn’t belong in the same place.

People criticise and don’t accept that there are other cultures, customs and traditions, and they see us as a threat, just because they are afraid of the unknown. Yes, let’s just call this ignorance.

These kinds of comments come from those ignorant people who have always stayed in the warmth of their lovely homes, surrounded by people they’ve known forever and who cannot see beyond what’s in front of them. They criticise and don’t accept that there are other cultures, customs and traditions, and they see us as a threat, just because they are afraid of the unknown. Yes, let’s just call this ignorance. Honestly, I feel very sorry for them. They haven’t had the opportunity to enjoy the fresh perspectives and wonders from other cultures.

To give an example, in Spain some people use denotative words to refer to groups of immigrants: there would be the moros to refer to people from Morocco, I would be the Chinese, just because I’m Asian (they don’t realise that Asia is a huge continent with many countries and we all don’t look the same), there are the panchitos to describe the people coming from Latin America…

You know, reader? These comments do not only come from old people. No. They might also come from the young, from YOU if you happen to be reading this article.

These words are a request, a plea to everybody, to simply say that we are human beings just like you are. We are young people like you, with our fears and doubts, our drive to become better people, build a better life thanks to the opportunity that our parents so graciously have given us by leaving behind their families and their lives.

I want to share with you, dear reader, my conclusions:

This is a short video that shows a little bit of what it is like to be a second-generation immigrant.

Loved by children for generations, Black Pete has become a point of dispute for the Dutch. A harmless tradition or a racist hangover from the colonial past?