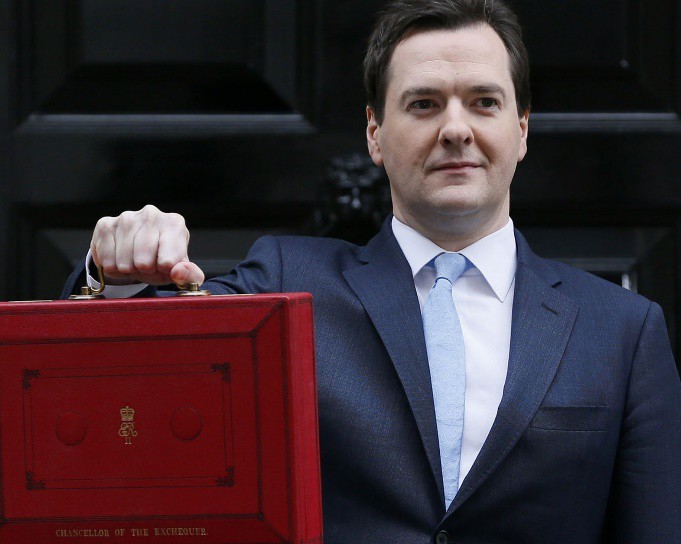 No language is neutral. When we discuss economic life, we are constantly cutting up an immensely complex and messy reality into manageable concepts and stories in a way which necessarily foregrounds certain assumptions and relegates others to the background. In the process, some policy responses are normalised as common sense while alternatives are rendered unthinkable. How we talk about the economy frames how we understand and visualise it, and we must attend to the way in which language performs often implicit ideological work.

Consider this point in relation to the recent UK budget. It abounded with apparently natural signifiers which, in fact, carry specific moral connotations and which attribute economic agency and responsibility in highly selective ways.

A common strategy is talking about national economies as if they were private households, using phrases and imagery taken from the world of household economy and applying them to national economic management. Margaret Thatcher was a pioneer of this way of discussing economic policy. For instance, we are told that, as a result of Osborne’s budget, Britain can now ‘live within its means’. This instantly conjures up the image of a sensible, prudent family fretting over a monthly bill, concerned to match income with expenditures lest they take on additional debt.

A common strategy is talking about national economies as if they were private households, using phrases and imagery taken from the world of household economy and applying them to national economic management.

Why is this image problematic? Because household spending is overwhelmingly dominated by unproductive consumption, which is not the case with state spending. We buy a new phone or go on exotic holidays if we have enough money to do so, and we stop doing these things if we don’t. These activities have no impact on the size of our salary. Households do not typically spend their budgets on huge national infrastructure projects or apprenticeship schemes. A better metaphor might be an individual borrowing in order to gain a professional qualification, an investment in one’s future which would pay large dividends via a higher wage. But when George Osborne says we are now ‘living within our means’, he does not want you to envisage yourself turning down a year of study and, as a result, getting stuck in a dead end job for the rest of your life. He wants you to imagine prudently deciding to take your holiday in Skegness rather than Tahiti. He wants you to imagine state spending as unproductive consumption, to forget that it may in fact represent productive investment which has a constitutive effect on the size of the economy from which taxation is drawn in the first place.

Or take a phrase which has now become ubiquitous when discussing fiscal policy over the business cycle: ‘fixing the roof while the sun is shining’. In a single apparently common-sense metaphor, the national economy is turned into a house which is hit by periodic rainstorms. Building up a fiscal surplus during inflationary periods of growth is ‘fixing’ the roof, while running a deficit involves leaving it dangerously unguarded. Again, for this metaphor to work we are required to imagine that the money we spend ‘not fixing the roof’ vanishes into thin air and bears no relation to the structural integrity of ‘the house’ which the national economy has become. But in reality, when governments run up deficits, it may be in order to create a higher quality education system and, therefore, a more skilled workforce, or to prevent the deterioration of national infrastructure which would have negative effects on productivity. This activity might not count as ‘fixing the roof’, but perhaps one could think of it more as strengthening the foundations.

Then there are the various ways in which agency is attributed in these debates. ‘Businesses create jobs’, says George Osbourne. ‘George Osbourne has given the nation a pay rise’, says the BBC. The fact that many of the technologies which businesses employ to drive growth and ‘create jobs’ were developed by state-funded research institutions and rely heavily on public R&D programmes (Apple’s iPhone being a key example) is airbrushed from the picture. The possibility that many businesses are natural monopolies, or operate in highly concentrated sectors, and can only create jobs within certain regulatory and political environments is removed. The fact that it has taken years of campaigning to force the issue of the living wage onto the political agenda, largely in the face of resistance from previous Conservative chancellors, is casually discarded.

By constantly referring to the plight of ‘taxpayers’, Osbourne ensures one particular experience of economic life is instantly foregrounded and others are suppressed.

Then there is the way in which individuals are ceaselessly referred to as ‘taxpayers’. Human existence is complex and diverse. At some point during their life, most people will pay taxes, and at other times they may drive on public roads or fall ill or enter into an exploitative employment contract. But by constantly referring to the plight of ‘taxpayers’, Osbourne ensures one particular experience of economic life is instantly foregrounded and others are suppressed. When you pay taxes you don’t much enjoy it, but you may be very grateful for the social consequences it produces. For example, you might welcome the idea of living in a country where the poor could access the legal system on equal terms or where access to university education is free to those who have proven themselves intellectually equipped to pursue it. By talking of ‘taxpayers,’ the whole concept of taxes as a collective civic enterprise is undermined. The private sector and private employment is rendered as an autonomous and self-sufficient productive realm, hermetically sealed off from wider society to which the parasitic state latches on. The fact that all business is a social franchise—that without the reproduction of our collective social life no business could operate—is rendered obscure and difficult to grasp. Polanyi’s insight that markets are always themselves political in character, and that social regulation by necessity accompanies any extension of market economy, is completely lost from view.

Perhaps it may be because right-wing framings seem more intuitive—we intuitively understand what it is like to manage a household budget, whereas we don’t intuitively grasp the concept of fiscal multipliers.

The point is that while each national budget is partly a story about policy measures and their fiscal impact, there is always a parallel story about the terms in which the debate itself is framed and the broader ideological effects of this framing work. What I found so worrying about the coverage of the 2015 budget was not so much that this sort of selective language was deployed by Conservative politicians; you would expect no less, as it reinforces right-wing understandings about the political economy. It was rather that even critical media reports seemed to have totally internalised these ways of discussing the national economy, and seem to be oblivious to the ideologically-loaded way in which they condition the resulting debate.

Perhaps it may be because right-wing framings seem more intuitive—we intuitively understand what it is like to manage a household budget, whereas we don’t intuitively grasp the concept of fiscal multipliers. We intuitively understand that when we buy an iPhone the name ‘Apple’ is on the back of it and Apple is, after all, a business. For the Left to have any chance of succeeding in the future, I would argue that it needs to develop an intuitive framing language which takes common sense turns of phrase and uses them to articulate arguments about economic policy—phrases which resonate with everyday experience but which carry alternative, more collective connotations about economic agency. I would also advocate mandatory training for all economic journalists in discourse analysis.

David Yarrow is a PhD student at the University of Warwick. He is interested in how and why our visions of the ‘economy’ and ‘society’ change through time and the material effects of these changes.