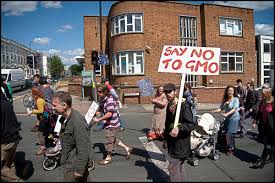 The European Parliament’s Committee on Environment, Public Health and Food Safety has rejected a proposal by the Commission which gives Member States the power to restrict or prohibit imported genetically-modified organisms (GMOs), and asked the Commission to drop the plan altogether. For the time being, the plan already enjoys the support of several EU member states and regions which have rejected GMOs–Poland, Slovenia, Croatia, Latvia, Italy, Germany, Scotland, Wales, Lithuania, Austria, Ireland, France and Greece. A plenary vote will take place on the 28th of October, but another refusal is likely to happen, reported the EUobserver.

“A clear majority in the committee does not want to jeopardise the internal market. For us, the existing legislation should remain in place, and Member States should shoulder their responsibilities and take a decision together at EU level, instead of introducing national bans” said Environment Committee EPP Chairman Giovanni La Via.

EU Food Safety Commissioner Vytenis Andriukaitis claimed the proposal would “grant member states a greater say as regards the use of EU-authorized GMOs in food and feed on their respective territories.” The German Agriculture Ministry has informed the Commission that the country will not consent to the cultivation of GMO crops on its territory. “The cultivation of GM corn is incompatible with the use of arable land in Germany,” said Christian Schmidt, German Agriculture Minister, in a letter he submitted to the EU Commission, according to Die Zeit newspaper.

The EU’s citizens’ voice—how much is it worth?

According to a Special Eurobarometer released by the Commission in October 2010, evidence from opinion surveys shows that the majority of the EU population opposes the cultivation of GMOs. Curiously, amongst the less-informed countries about the existence of GMOs – Malta (44%), Portugal (59%), Turkey (included in the survey despite not being member of the EU) and Austria (68%), Slovakia (69%), Romania (70%), Spain (74%)— the cultivation of GMOs is currently authorized in four of these Member States (Spain, Portugal, Romania and Slovakia—as well as in Czech Republic.) Overall, at the EU level, 84% of Europeans have heard of GM food; only 16% have no knowledge of such practices. Norway ranks at the top of most-informed countries in regards to GMOs with 96% of the respondents aware of this practice, followed by Germany with 95% and Finland and the Netherlands both with 93%. Over half of the respondents consider GM food to be fundamentally unnatural (70%) while 61% believe GM food to give a general “uneasy feeling.”  57% consider GM food to benefit some people but to put others at risk whilst 54% believe that GM food is not good for them or their families. The citizen discontentment has been increasing since 2010, however, with many people fearing the nefarious health and environmental consequences likely provoked by GM food.

On the biological/organic food side, Green MEP Martin Haüsling is responsible for a reform measure in Parliament which guarantees EU citizens “almost 100%” safety of labeled organic food in European markets. He noted, however, that, as the market grows, fraud is likely to increase. Consequently, pressure is coming from the US, which claims that this proposal is not “constructive”, according to US Trade Representative Michael Froman. The US delegate declared that the move seems to divide the EU into 28 separate markets, a viewpoint confined strictly by commerciality, as the US is currently in negotiations with the EU over a trade deal, which will weaken EU’s rules over GMOs. Green MEP Ska Keller is a great defender of the GMOs’ ban throughout the EU and is particularly concerned about US companies challenging European environmental laws.

According to the Lisbon Treaty, the European Parliament has more powers than national ones, but national parliaments would gain the right to object to a proposal if they felt that a given result could be better reached at national rather than EU level.  However, the GMO debate is living proof of how national sovereignty (as well as citizen’s choices) can be endangered under the Lisbon Treaty. The Parliament, in which the citizens directly elect MEPs to represent their interests, is now strongly opposing the people’s voice and placing commercial interests in the foreground.  Nathalie Moll, EuropaBio secretary-general, said, “it is very concerning to see that a number of Member States continue to regularly vote against EFSA’s positive opinions on GMO approvals given that this leads to confusion in the general public as to the safety of products and the reliability of the European approval system to ensure that safety.”

In 2010, the Commission submitted a proposal to amend the GMO legislation to extend the grounds on which Member States could restrict or ban the cultivation of EU-authorised GMOs on their territory. In the explanatory memorandum of the proposal, the Commission explained, “national, regional or local levels of decision-making are considered to be the most appropriate frameworks to address the particularities linked to GMO cultivation”. In April 2015, the EU gave the green light for the importation of 10 new types of GM crops for the first time since 2013. The crops, which include maize, soybeans, cotton and rapeseed, would be legal for human and animal food and feed over the next 10 years, the Commission announced. The opposition to GMO cultivation has increased in recent years, with many Member States opposing the authorisation of maize 1507 in the Council in February 2014.

A GMO is the result of science applied on nature, meaning that a biological organism is altered via genetic engineering practices.  GMOs are often used in biological and medical research, experimental medicine and agriculture.  However, several harmful consequences are associated to the use of GMOs and that is the reason why a number of protests against the use of these organisms has recently grown in the West. According to Slow Food, with the contribution of Friends of the Earth and other stakeholders, GMOs monoculture will jeopardise the biodiversity of our planet, turning our lands toxic and contributing to worldwide corporate control, such as by the controversial companies Monsanto and Syngenta, amongst others. Furthermore, it seems clear that the agricultural system in the EU must be reformed, as small farmers are being victims of the supersonic pace of globalisation.  By introducing GMOs in the EU farming system, the continent is threatening small-scale farmers, who heavily depend on the fruit of their work.  Lastly, and of ultimate importance, is the safety level of GMOs and the threat they pose to human health. Time is moving on and negotiations are being held. If the European Parliament won’t defend our interests, then who will?