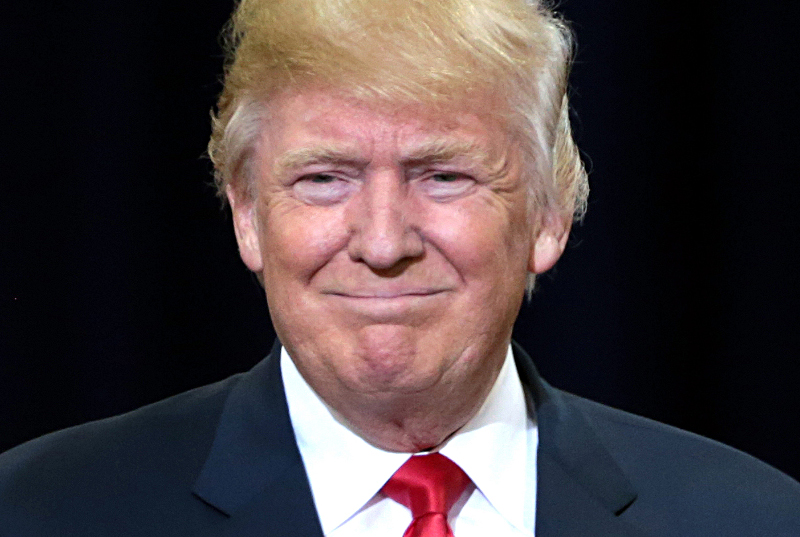 I believe that rather than smashing our own glass houses to pieces in the act of destroying Donald Trump’s Presidency, we need to be aware of our own inner Trump, to reflect on our own tendencies to think and behave in catastrophically immature, venal and insecure ways. I therefore offer up this short account of my own personal emotional development, and then explain why I think that Trump is heading for a breakdown very, very soon.

I used to suffer from a quite disabling insecurity, particularly when it came to being creative and forming relationships with other people. I got better, partly by virtue of living in and studying Portugal, learning about its people’s tendency to swing between moments of self-aggrandisement and self-abnegation, from ‘we are great’ to ‘we are nothing’.

I also learnt about my own habit of projecting my own feelings onto others, both people and countries. The work of the Portuguese poet Fernando Pessoa showed me that we’re all characters on a stage acting out different roles, and that that is okay. I identified strongly with the philosopher Eduardo Lourenço’s diagnosis that Portuguese people tend to suffer from taking on too many identities, and I took enormous inspiration, consolation and guidance from his insights that Portugal is ‘marvelously imperfect’, ‘no worse and no better than anyone else’, and that progress comes from accepting one’s limitations.

Living in China taught me to accept the existence of other perceptions of my own identity, even if I feel embarrassed about it, particularly in terms of my national identity. Everyone has one and I can’t let the fact of my British or Englishness inhibit me unduly. Writing about my misunderstandings of Chinese society and about my role there helped me accept that I, like everyone else, have an ego, and also that I can use writing as a vehicle for making connections between things and to help find people who’ve noticed the same things, who share my perspective.

Having undergone a Lacanian psychoanalysis in London helped me develop confidence in my own voice while also teaching me about the foibles of my tendency to overthink. I got better (although not necessarily good) at identifying and cultivating friendships with other people. I met the woman who later became my wife, who loves me for who I am rather than who I pretend to be. Through my job I became better at listening to people and more accepting of others and myself. I learnt that honest self-reflection is a more effective medium for personal development than alcohol is. Through acquiring other languages I discovered that learning is one of the things I most enjoy and value about being alive.

I still screw up, as we all do, but I accept that doing so is part of life, and when I do or get something wrong I try to apologise without fear or recrimination. I know that I’m not mad in any meaningful sense. I accept that I have some ability to write entertainingly and insightfully, and I have less fear than I did before of saying what I want to say. I have a wonderful editor in my wife and I accept that I sometimes miss things and perhaps expose some parts of myself to criticism and ridicule. I know that what I write doesn’t and doesn’t have to please everyone. I accept that everyone is fallible, and that it takes hard work to produce writing of quality. Sometimes I don’t put in enough hard work, and that’s my fault. I try hard not to depend emotionally on the responses or lack of responses to what I write. In a nutshell, I’ve matured, to the point where I can now face the prospect of becoming a father, something which, say, 15 years ago was (so to speak) inconceivable.

All this also means that I understand something of the fragility of Donald Trump’s ego. Having struggled to maintain friendships in the past, I can see how Trump can get to a point where he has, according to a piece in Newsweek based on several months spent around him, no close friends. As I’ve acknowledged before, it’s essential for us to have the humility to recognise that we don’t have the ability to diagnose Trump at a distance. But that there’s something of the manchild about him is inescapable.

These first two days of his ‘Presidency’ saw paranoid and recriminatory tweets, a speech to the CIA in which he ranted bitterly about media reports of his coronation, and his press spokesperson being sent out to deliver another paranoid self-pitying rant. People are mercilessly taking the piss out of the piss-poor attendance at his pitiable inauguration, and Trump appears to be following every single one of them on Twitter.

It’s clear to me that whatever means he’s used to survive up until this point aren’t going to work in his new role. There’s simply too much scrutiny and ridicule, and it’s going too deep. He’s too much of a shallow narcissist to ignore it. Trump is going to learn the lesson of Jacques Lacan: “the madman is not only a beggar who thinks he is a king, but also a king who thinks he is a king”. Whatever monster he has buried in his mind is going to rise up to bite off huge chunks of him from within.

Hostile to learning, incapable of self-reflection

The mirrors of Trump’s mansion may be framed in gold, but he seems unable to bring himself to look into them for more than a few seconds.

Trump is famously hostile to the notion of learning: no-one has anything to teach him. He was born rich, and that means he’s a genius and that everyone must respect him. He appears to have no ability for self-reflection. The mirrors of his mansion may be framed in gold, but he seems unable to bring himself to look into them for more than a few seconds. Instead he’s surrounded himself with people who tell him what he wants to hear, who repeat back to him his inner mantra: you’re the richest, the best, the greatest writer, builder, statesman, etc. But it’s his inner voices that are the problem, the ones that tell him that he’s nothing, a failure, that everyone sees him as a joke. The ones that (presumably) sound a lot like his father.

His tweets in particular reveal that at some level he knows that his self-aggrandising self-image is hollow and brittle. So he lashes out, including physically. And it’s getting worse. People are laughing louder. He’s now put himself in a position where the entire world knows that he is venal, insecure, stupid and deluded.

He’s become in two days the paranoid and deluded ruler of so many novels by Latin American and African writers. Usually this point is reached after several decades of rule and the imposition of terror and a cult of personality. He’s the kind of leader that the U.S. has imposed on so many other countries; there is an element of chickens coming home to roost. He obviously took enormous consolation from his media image, the idea that he was ‘America’s CEO’. He believed this and seems to have internalised it, but is also taunted by a nagging awareness that it was little more than a joke, a stupid slogan to sell a TV show.

His supporters may not know that, but some will learn. He’s already starting to turn some of them against him. As he attacks their standard of living and doesn’t have the political skills necessary to calm their anger, they will see through him to the delusion, insecurity and vanity within. He’ll have no more defences and will be unable to hide from the stark fact that his flatterers don’t respect him. Putin in particular might be evil but not stupid. He knows that Trump is a moron. And he can’t control that smirk of his.

What matters in psychoanalysis is not so much what the analysand says, but what falls out of his pockets while speaking.

Lacan said that what matters in psychoanalysis is not so much what the client says, but what falls out of his pockets while speaking. Trump appears to have absolutely no idea what he has in his pockets, and now everyone on the planet is picking up things, inspecting them and telling him what they are. They are teaching him things about himself that he cannot bear to learn. He also knows that he is President in name only, and that’s not enough to sustain his ego.

He will snap very, very soon.

Our job is to increase the tension.

The article was originally published on Richard’s blog.