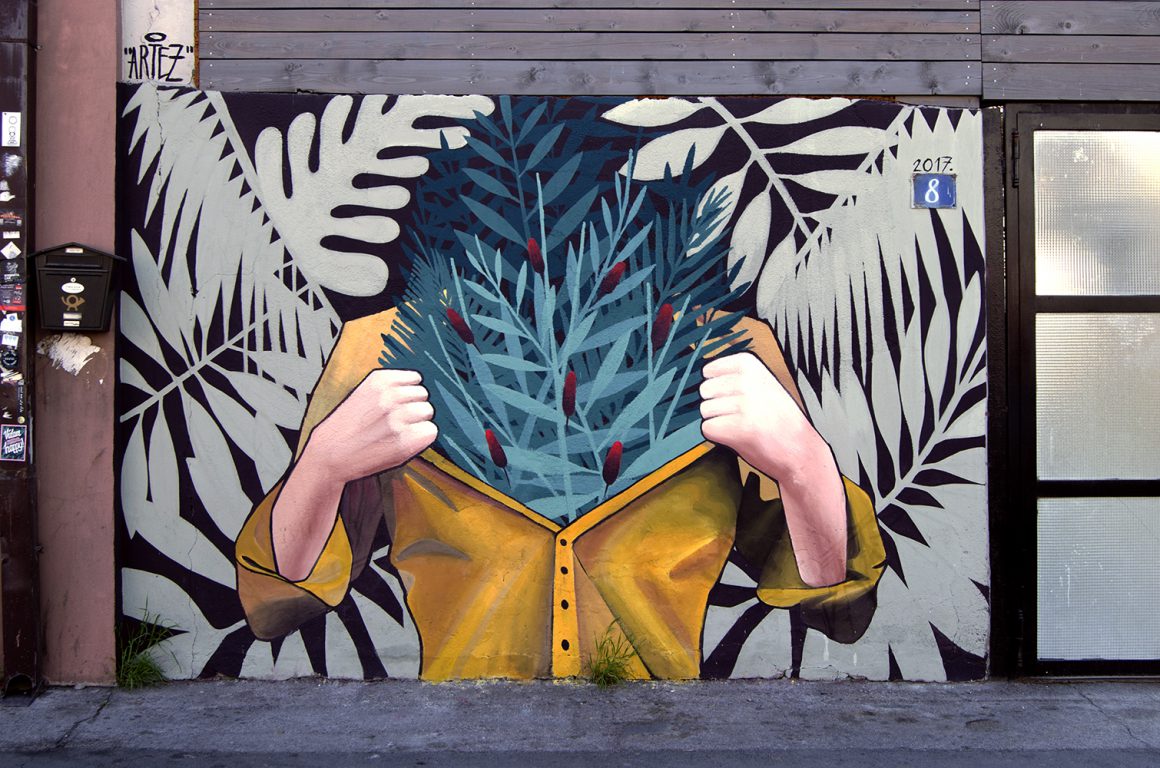 "Let it out”, a mural by Artez in Belgrade, Serbia (photo: flickr)

At the moment, Serbia is facing challenges of both local and global political turbulences. Economically, politically and geographically positioned between core countries of the developed West and East and the underdeveloped periphery countries, Serbia is nowadays both affecting and being affected by the critical political context of the European Union (refugee crisis, growing EU scepticism, rising nationalism and cultural separatism, rightist tendencies, etc.). Aspiring to leave the periphery and aiming to the core, our country experiences a very precarious position in Europe.

Migration requires a shift in political debates from the differences between cultures to differences within the same culture.

One of the most significant effects of postmodernity is the phenomenon of trans-culturality and hybridization beyond nation-centred entities. The migration from periphery to centre have challenged the cultural homogeneity of European nation states. This new historical context requires a shift in political debates from the differences between cultures to differences within the same culture. The idea of centre no longer holds: it is being dispersed as to defy dualistic or oppositional ways of thinking and to require more subtle and dynamic articulation.

This provides an insightful perspective upon the role of civil society organizations and independent cultural scene in Serbia in creating active citizens’ agenda for rethinking modern European democracy. New political cartographies seek new political strategies, where democratic political agency is associated with an active citizenship instead of Governments and institutional representatives.

Citizens defined by what they can do

Citizen should no longer be defined simply as a resident whose participatory action is limited to elections. Her/his role becomes a fuel of recreating the above mentioned cartographies. And in cities, we are facing a wave of civil movements that acquire the urban agenda made by citizens themselves.

Citizenship and citizenship education have been traditionally bounded to either a geographically bound nation state or a historically shared culture. It is no longer enough. We need to explore the complex role of citizenship, e.g. in the ongoing process of occupying and liberating urban spaces. That is crucial not only for advancing knowledge of how cities work, but also for allowing us to envisage new forms of urban life in a more sustainable future.

The question is thus not what a citizen is, but what a citizen can do. We need to move from definitions to actions. Sharing responsibility, taking initiatives and trans-national solidarity might be a new way of re-thinking citizenship in the context of the shifting balance between the centre and periphery in Europe.

Culture and art as the focus of alternative political agency

A bottom-up renewal of cities and repositioning the concept of citizenship from definition to action offers alternative political agency and empowerment. Culture and art can thus serve as the main focus of that agency.

In a turbulent climate culture is no longer produced by elites for the elites, but becomes a dynamic field of experimentations. Serbia is currently undergoing an integration of citizen into cultural activism. Culture itself becomes an inclusive field in which citizens do not spectate, but participate.

Never before have Serbian citizens reacted this urgently and promptly to the governmental cultural politics. Since the beginning of Serbian democratic system, independent cultural sector has never gathered this large critical mass of citizens willing to protest and participate in creating their own cultural identity.

In both Belgrade and smaller cities we witness an unprecedented networking amongst citizens in order to intervene with public urban space and local cultural policies. They show how urbanism, urban planning, culture and art create an active citizenship which is able to produce precise political agenda with the concrete results. Emphasizing that cities, citizens and culture are key pillars of modern democracy, Serbian local initiatives show the sense for required urban agenda by the cities and citizens themselves.

Not only does the Serbian civil society fight for culture and art in order to foster the democratic foundations of society, it also uses them as subversive tools in their actions.

The Serbian civil society has realized that culture is a necessary instrument and method when it comes to developing democracy and active citizenship. Not only do they fight for culture and art in order to foster the democratic foundations of society, they also use culture and art as subversive tools in their actions.

Democracy was born at local levels and that is where we can win it back. Once again starting from cities, we can improve our own environments while nevertheless keeping in mind the global picture. In the era of advanced global capitalism, thinking alternatives is necessary.

Postmodernism has denounced meta-narratives of Nations, Histories and Revolutions, and we need to engage ourselves in micro-activisms, rhizomatic networking amongst cities, create alternatives out of positive practices and reinvent political methodologies that can account for our current situation.

Culture and art can certainly represent one of those creative methodologies. Humour, satire, parody, artistic flash mobs and interventions in public space,  small guerilla actions addressed to citizens — those are just some of the strategies that today’s Serbian independent cultural scene uses in order to counteract the dominant political discourses and the passivity of governmental institutions.

This new concept of culture implies that political task of the cultural sector should start “from the bottom“. On the larger scale, this implies a bold proposal of restarting Europe from the basis of culture, where culture will no longer belong to elites and the institutional establishment but be a tool in the hands of culturally and politically engaged citizens.

This article is republished here in an edited version as part of an editorial cooperation with A Soul for Europe and with the permission of the author.