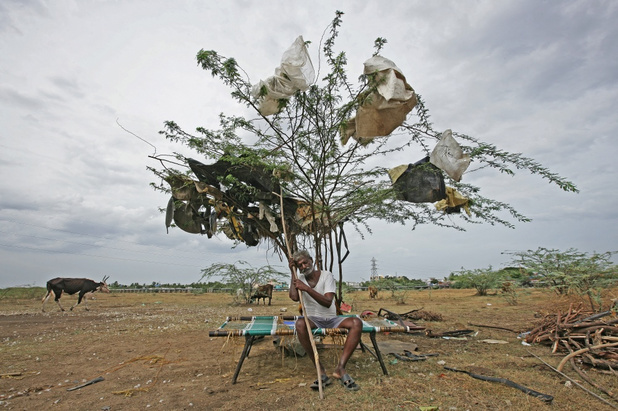 The Conference of the Parties (COP) to the UN Framework Convention on Climate Change (UNFCCC) is an annual event that has been attracting increasing attention in recent years, as the impacts of climate change intensify and are now visible virtually to all. The latest UNFCCC COP is taking place in Madrid, Spain, from 2 to 13 December 2019. It is called “COP25” because it is the 25th such conference since the Framework Convention came into force in 1994.

First of all let us demystify the term “COP”, which is not something special to the climate convention. All international treaties have some kind of gathering of all of their members or “Parties”, which are usually countries (in the case of the UNFCCC the European Union is a member in its own right too). So there are also periodic COPs of the UN Convention to Combat Desertification, the Convention on Biological Diversity, the Vienna Convention for the Protection of the Ozone Layer, and so on and so forth. In recent years, though, especially since the adoption of the Paris Agreement on climate change in December 2019, the term COP is colloquially used to refer to the annual UNFCCC member gatherings.

This year’s climate gathering is taking place with an increased sense of urgency about the effects of climate change. On 28 November 2019, just a few days before COP25 started, the European Parliament declared a climate and environmental emergency in Europe and globally. Similar declarations have been made in recent months by the national parliaments or governments of Ireland, Canada, France and Argentina, among others. Indeed, the warnings of scientists are getting ever more dire, including on the state of the oceans and the melting of polar ice, while bushfires are raging in Australia and until recently also in California and Siberia, extreme rainfall is causing destructive floods in Kenya, the Bahamas are trying to get back on their feet after hurricane Dorian, and many more extreme weather events wreak havoc the world over. It is fully understandable then that the expectations are high for COP25 to deliver some major results. But can it really do so?

The building up of expectations from the COP by the press, the climate activists and even the UNFCCC secretariat itself is quite unfortunate. If one looks at the agenda of COP25 one sees a number of topics that are rather technical and cover specific aspects of implementation of the Paris Agreement and of the original Framework Convention. The most important and controversial item for this COP concerns implementation of Article 6 of the Paris Agreement and needed guidelines for the functioning of international climate markets, as part of the economic toolbox for addressing climate change in the medium- to long-term. Certainly you do not find an item entitled “immediate saving of the world from climate change” or anything close to that on the COP agenda.

Moreover, the characterisation of this and any COP as “Climate Summit” is not accurate. Countries are represented at the COP by climate negotiators, which in most cases are officials from environment and foreign ministries. Ministers also come at some point, to show that there is political support, make their public appearances, and help reach compromises on difficult agenda items. Country Presidents or even Kings/Queens and Prime Ministers may also make a symbolic appearance at the opening or the closing of the COP, but they do not participate in the negotiations and only make broad statements. In this sense, some 50 “world leaders” reportedly attended the opening of COP25.

The above observations are not meant as criticisms of the COP as such. There is a place and role for many institutions and gatherings. We just need to know what they are made / suited for and use them to the best possible extent of their abilities. Over-emphasising the importance of the UNFCCC COPs means setting them up for failure in the eyes of the public. Instead of strengthening their importance this eventually results in reducing their legitimacy and their capacity to properly deliver even the very specific things that they are meant to deliver.

Of course, beyond the official negotiations that are the main part of each COP there is a large number and variety of “side events”, where much more innovative ideas are shared and initiatives launched. Governments, international organisations, companies and non-governmental organisations compete for slots to present their work/proposals/commitments in a place usually close to the negotiations and in theory in order to influence them. It is unclear whether the negotiators have time to attend all those events and, if they do, whether they can incorporate many of the proposals in their narrow mandate. But the fact is that those “side events” have become a celebrated global fair of climate activists of all forms and shapes, and of others who want to be seen as proactively doing something, like big financial and industrial interests. This part of the COP is a summit of a kind, it can galvanise the faithful and lead to lofty declarations and occasionally action on the ground. It is not, however, a legally binding process that will reach concrete, broadly applicable and coherent decisions to save the world.

If not the COP, then, what is the place where the high-level decisions can and should be made to stop and reverse the destructive onslaught of climate change? Since 2007 the UN Secretaries-General have organised a number of “real” climate summits in New York, bringing together world leaders from a large part of the 193 member states of the United Nations, as well as high-level representatives of private sector and civil society stakeholders. The original idea behind these summits has been that to combat climate change you need a “whole of government” approach, which requires direct attention and coordination from the highest level of leadership, not just the climate / environment ministries that dominate the UNFCCC process. In a world where strong and enlightened political leadership seems to be in short supply, though, this has had only limited results. The outcome of the most recent such summit on 23 September 2019, as summarised in a UN press release, consists in a hodgepodge of initiatives at various levels and by various actors, which is difficult to judge whether they add up to something significant at global level.

Is there a better place where Greta Thunberg, Alexandria Villaseñor and other Fridays for Future activists, as well as the hundreds of thousands of young people and others who gather around them, could better focus their attention, passionate speeches and pressure on? One has to look at the elements that give rise to climate change and the actors involved to get some hints about that. Climate change is a product of our industrial civilisation and addressing it means challenging many of the foundations of our economy and society, as they have developed over the last two centuries. Despite the occasionally fiery speeches this cannot really happen in the diplomatic world of the UN, at least the way it operates at the moment. It would make good sense, therefore, if the activism and the pressure were directed at the real interests held by the big fossil fuel companies, other energy companies, car manufacturers, the shipping and aviation industries, the financial sector, and ministries such as those of the economy, industry, trade and finance. Where do the relevant people gather and make decisions? You would probably find them at meetings of the International Monetary Fund (IMF), the World Bank and the World Trade Organisation, the International Maritime Organisation (IMO) and the International Civil Aviation Organisation (ICAO), as well as at the G7, G20 and Davos gatherings, where cosy partnerships between the leaders of politics and of the economy are forged. These people and places are much more relevant to what happens to the world’s climate than the UNFCCC COPs or even the UN summits in New York.

A clear mapping of actors and deep understanding of who is responsible for what is not only a matter of putting pressure and assigning blame on the right people. Mapping is a necessary task that has to be performed by any person or group who wants to understand and influence the course of global events, especially in case of a perceived emergency. Barking up the wrong tree won’t have the result that is desired and needed. And only barking probably won’t do the job either. Allies are also needed in any such an effort, not just “bad guys”. And allies can be found among scientists and officials and other people of good will from all continents, creeds and age groups.

Finally, those who act should keep in mind the whole picture, and take responsibility for their actions in full knowledge of the consequences. If for example you reduce car sales or force companies to turn to electric car production there may be factories that need to close, technologies to be abandoned and jobs that have to be lost. A just transition to a climate-friendly future should take all that into account too, not just the climate emergency, and should reassure people who will be hurt by the necessary changes that they will also be part of the future through training and new jobs, for example. Let’s be clear that we may all have to give up something, in the developed countries in particular, if we want to be responsible consumers, professionals and global citizens, and actually contribute to saving our world.