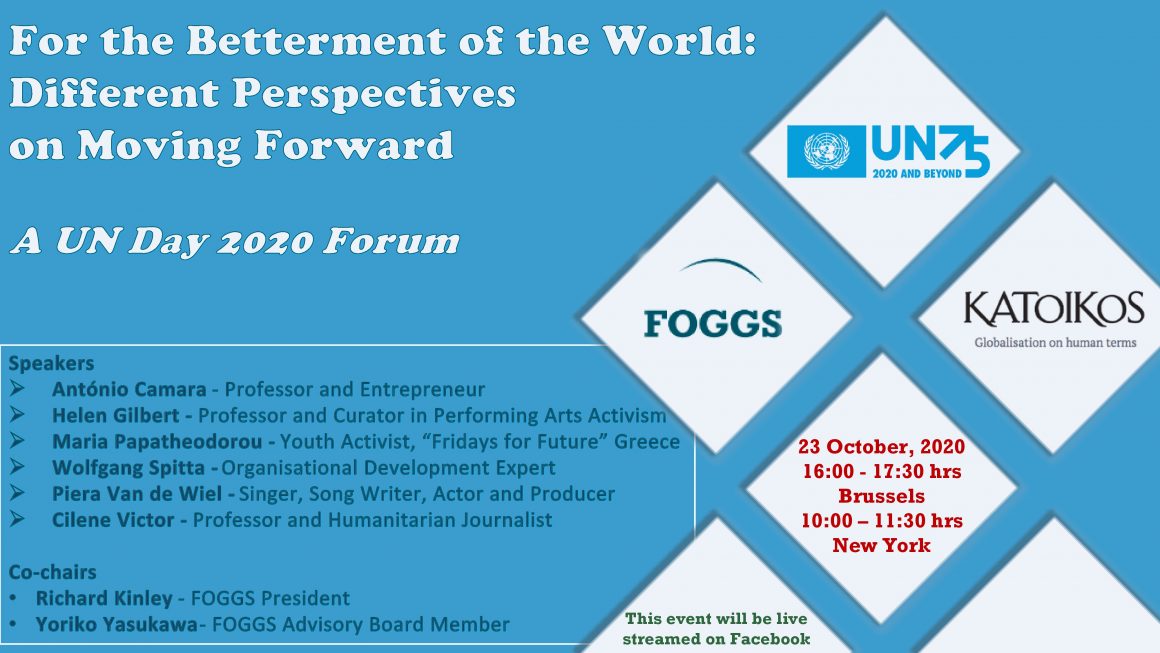 The Katoikos and FOGGS team organised a UN Day celebration with people who actively promote the UN’s ideals in the world without working for the UN: artists, activists, professors, entrepreneurs. The panel discussion took place on Friday, 23 October 2020 starting at 10:00 am New York time / 04:00 pm Brussels time.

“For the Betterment of the World: Different Perspectives on Moving Forward” was part of advancing the UN75+25 Alliance recently launched by FOGGS and partners with the aim to establish an intergenerational, cross-border global movement for a better UN and a better world in the next 25 years.

The event was co-chaired by Richard Kinley, President of FOGGS, and Yoriko Yasukawa, member of the FOGGS Advisory Board.

The recorded video of the event can be found on the FOGGS YouTube channel and on Facebook.

Another event was co-organised by FOGGS with The Dais of India on the actual UN Day, 24 October, starting at 4:00 pm Brussels time / 7:30 pm New Delhi time. The goal was to bring together young people who aspire to work at the UN with seasoned UN staff members, who will share their stories, experiences and perspectives with them on the UN as workplace. The event entitled “We the People of the UN: Myths versus Reality” was livestreamed on Facebook.

We invite you to support the work we do here by donating to FOGGS on Facebook or on Patreon.