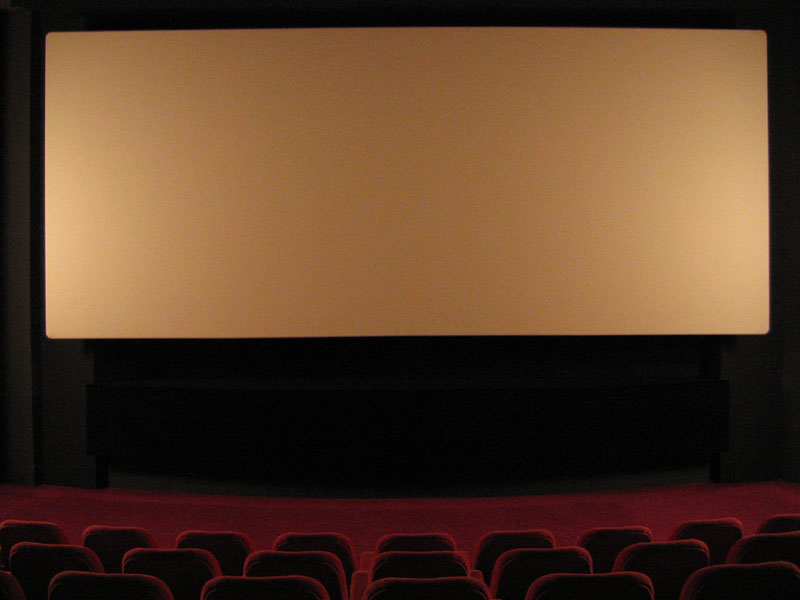 This year there were additional controls at the entrance to the press centre of Berlin’s international film festival where the international jury press conference took place. Apart from showing a journalist badge one now needed to let one’s bag be searched by security staff equipped with miniature flashlights.

These (in)security measures are not so surprising, since the recent attack on the Christmas market put the German capital on the sad list of global cities directly affected by international terrorism.

“A spectre is haunting us — and not just in Europe. It is the perplexity following the collapse of the great utopian dreams and disenchantment with globalisation. Like communism before it, capitalism has not fulfilled its pledge to make the world a better and more just place,” wrote Dieter Kosslick, the Director of the Berlinale, in his opening statement.

Kosslick then quoted the German poet Friedrich Hölderlin, who famously wrote: “But where the danger is, there grows the saving power also.” Wanting to live up to this task, the festival proudly convened a prominent and diverse jury to award its Bear prizes, including the Golden Bear for the best film. 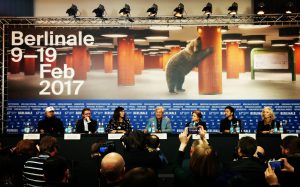 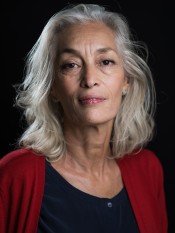 One of the world’s main film festivals, Berlinale is known for its political edge. Hence, every Berlinale jury I can recall has been asked the following question: Will its decisions be based on political considerations or artistic merit?

“For me, the greatness of the Berlinale lies in its continuous commitment to cinema that reflects the state of the world we live in,” replied Dora Bouchoucha Fourati, a Tunisian producer.

“But we will surely be putting aside our political prejudices when watching the films,” said the president of the jury Paul Verhoeven, a Dutch director and screenwriter, known for such classics as RoboCop (1987), Total Recall (1990), Basic Instinct (1992), as well as for the recent winner of the Golden Globe Elle (2016).

“As members of the jury, we are in a very luxurious position,” added Diego Luna, the Mexican actor, who firmly established his place on the popular film screen with his role in Alfonso Cuarón’s Y tu mamá también, “our task is not to send out messages, but to receive them.”

‘The programme is the protest’ 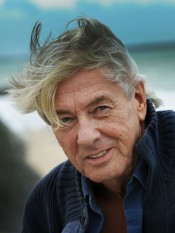 With around 400 films, including 201 world premières, in the festival’s programme, it would be mathematically impossible for even the majority of them to be political proper. However, against the backdrop of the current political drama on the global stage almost any public act inevitably takes on political significance.

“For a second year in a row, there is not a single film from Russia in the main section of the festival,” correctly noticed one journalist from Russian TV; I fact-checked him just in case. “Is it Syria, Ukraine, Russian autocracy, etc. or should one blame other political reasons for that?” he asked. Nevertheless, this question was as legitimate as it was wrongly targeted, since the jury has nothing to do with the initial selection of films.

“Unlike other sectors — politics and finance, for example — the cultural sector is one of collaboration. Throughout its history Berlinale demonstrated an inclusive and diversity-oriented approach in its selection. This makes Berlinale a truly courageous festival,” politely disagreed Olafur Eliasson, Danish-Icelandic artist widely known for sculptures and large-scale installation art. 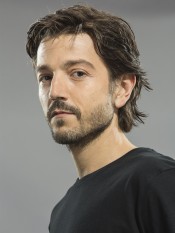 “Where is the Wall?” is a question one still hears often from tourists in Berlin. That wall might not divide the city any longer, but as a concept and a practice walls are in no way a thing of the past; they have actually been growing in height as they have in number. The most notable example is, of course, the wall that the new US president promises to build on the US-Mexico border.

“I cross that border several times each month, so I came to Berlin to investigate how to tear down walls,” remarked Diego Luna, attempting a wittiness, “and bring this knowledge back to Mexico.”

“The US will also need it!” added Maggie Gyllenhaal, a celebrated US-American actress, known, among others, for her roles in Donnie Darko (2001) and The Dark Knight (2008). 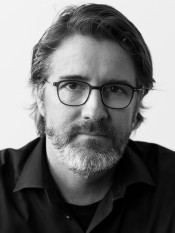 The end of the cinema? The threats from technology

In a recent article, the magazine Vanity Fair claimed that “Hollywood as we know it is already over.” The traditional film industry seems to be dying not only because of the competition from new players such as Amazon and Netflix, but also because of new software developed in Silicon Valley, which seems to be able to revive dead actors, as was the case with Peter Cushing in a recent Rogue One: A Star Wars Story, or even produce relatively good film scripts.

Do film-makers feel threatened by this new wave of advances in technology?

“One needs progress and innovation that lets film move into territories where it’s never been before. But computer-generated images alone are not the future. We are moved primarily by human experience, and we all know something truthful when we see it,” replied Maggie Gyllenhaal. 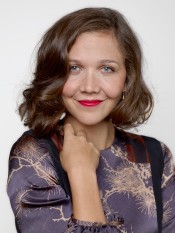 “Hollywood’s main problem is a lack of adult movies.”

According to Paul Verhoeven, the main structural problem in the film industry concerns a different “technology” — namely, the mechanism of the market: “The real threat to Hollywood is an increasing lack of movies for adults. When I came to the US in the 1980s there were a lot of R-rated movies. Now the situation is very different: everything is PG or PG-13. Of course, films targeted for entire families are able to bring more people to the cinemas, thus increasing the financial return on investments. According to the currently dominating bottom-line approach, investing a certain amount of money into a film, one expects to get a double or triple amount back. It’s no longer about whether or not the film is serious but about the money it makes,” said Verhoeven.

“And that’s another strength of Berlinale: it has been making an actual effort of not being simply absorbed by the market,” added Olafur Eliasson.

“Courage, confidence, and humour” — the themes that run through the competition section of this year’s festival, according to Kosslick — indeed seems like a good mix to protest against the dark mood setting in after Brexit, Trump’s election, etc. However, those who still regard film as an escapist art might simply have never been at the film festival in Berlin.