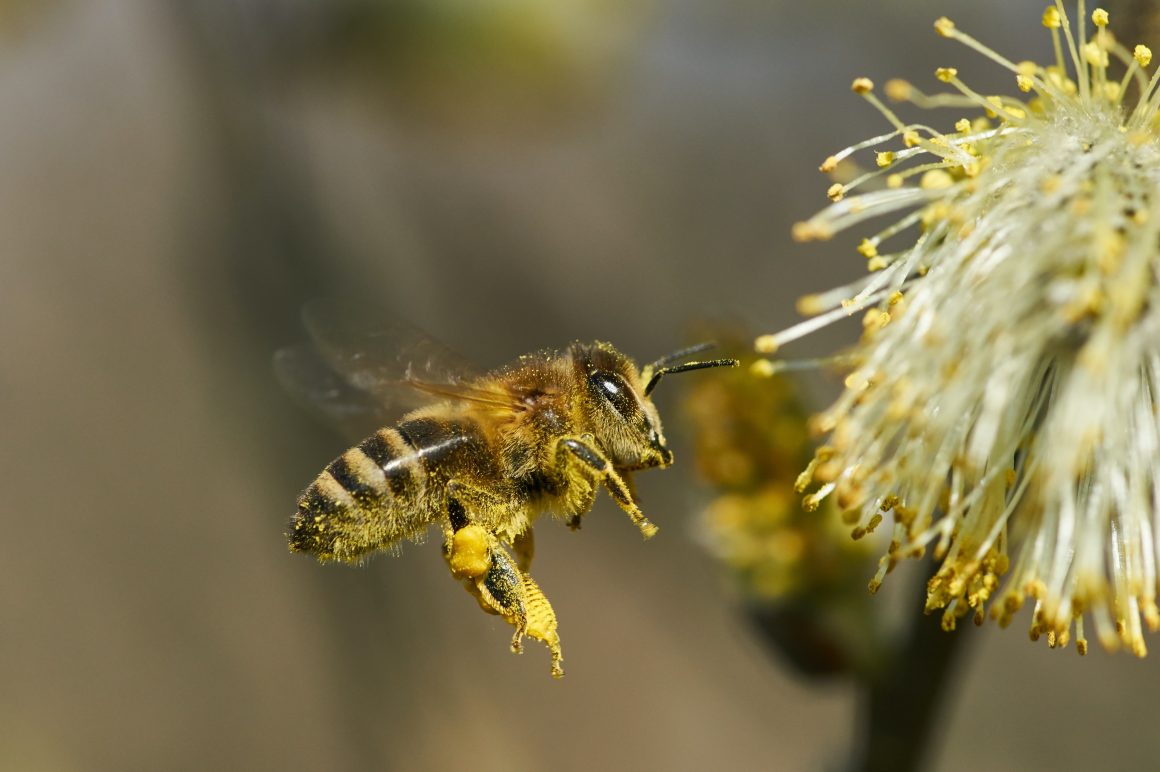 Photo by Wolfgang Hasselmann on Unsplash

Earlier this year, scientists at the Netherlands-based Wageningen University conducted research that had many buzzing with excitement. After only several hours of meticulous training, a sample of honeybees had learned how to detect Covid-19 infections, within a matter of seconds, due to their keen sense of smell. While this method of detecting Covid-19 will certainly not replace modern diagnostic analyses such as the PCR test, this experiment nonetheless showcased the many outstanding – and brilliant – qualities of the honeybee.

Incredibly, this type of experiment was not the first of its kind. Since the late 1990’s, the US Air Force Research Laboratory, backed by the US State Department, trained honeybees to detect the presence of explosive devices. This past month, drones and honeybees were simultaneously deployed in the Balkans to clear landmines and cluster bombs, the drones capturing images of the honeybees to monitor their flight patterns to detect these uncleared explosives.

These heroic missions are undoubtedly an astonishing feat. However, on the global scale, bees serve a wider purpose that is key to ecological and human survival. Bees, and other pollinators, are critical to ensuring the existence and continuation of our ecosystems. Now, in the face of climate change and the degradation of biodiversity, bees – and subsequently, global food security – are at risk.

For this reason, the United Nations has declared May 20th to be World Bee Day. According to the UN, this is a day designated “to raise awareness of the importance of pollinators, the threats they face and their contribution to sustainable development.” In recognition of World Bee Day, the FAO (the UN’s Food and Agriculture Organisation) will convene a virtual event entitled “Bee engaged – Build Back Better for Bees” to improve the prospects for food security in the wake of the Covid-19 pandemic by prioritizing “environmental regeneration and pollinator protection.”

According to a 2020 study published by the International Centre of Insect Physiology and Ecology, in collaboration with Agrilinks and USAID, 75% of global food crops and 35% of agricultural land is dependent on animal pollination. Over the past 50 years, agricultural production in developing countries has especially become “increasingly dependent on pollination services,” as “pollination-dependent crops have increased three times compared to developed countries.” Therefore, while declining bee populations pose a severe threat to overall global food security, this is especially pronounced for developing countries where the decline of bee populations presents dire consequences.

While pesticides, habitat loss, disease, and phenomena such as Colony Collapse Disorder all play a role in the decline of bee populations, resulting in the increase of honeybee colony mortality rates particularly in Europe and North America, climate change is believed to be the leading cause for the disturbance of bee populations due to volatile temperatures, extreme weather events, and shifting seasons. These findings suggest that without appropriate climate action from each and every country worldwide, bees could soon become extinct.

Due to growing concern, the World Organisation for Animal Health (OIE) has established a network of Collaborating Centres for Bee Health with sites located throughout Africa and other regions of the world. The International Centre of Insect Physiology and Ecology founded the African Reference Laboratory for Bee Health (ARLBH) with sites in Kenya, Liberia, Burkina Faso, Cameroon, Ethiopia, and Madagascar. These facilities monitor and analyse environmental stressors impacting local bee populations and implement the appropriate measures needed to ensure effective conservation efforts.

Meanwhile, advocacy campaigns and environmental organisations have been critical in highlighting the issue of declining bee populations. For example, over the past ten years, Greenpeace International has launched a series of campaigns and petitions to suspend the use of harmful pesticides and other “bee-harming chemicals”. These campaigns have been amplified by celebrities such as Samuel L. Jackson and Morgan Freeman. Moreover, the #Savethebees movement has gained further traction due to the online presence of influencers and celebrities, who have used their platforms to spread this message. On TikTok, Texas beekeeper Erika Thompson has captured the imaginations of over 5.4 million followers as she documents her experiences rescuing colonies of bees, all the while educating her viewers on humanity’s dependency on these pollinators.

Widespread decline of bee populations poses an imminent threat to global health and agricultural security. The need to protect bees and other pollinators is part of a wider initiative to end world hunger by strengthening the resilience of the global food supply. Therefore, on this World Bee Day, we must be reminded of the need for global cooperation and solidarity to address all of the aspects of climate change, including preventing the extinction of bees.

Interested in learning more? Join the FAO’s “Bee engaged – Build Back Better for Bees” event live on Thursday, May 20th at 13:00 (CEST) here.