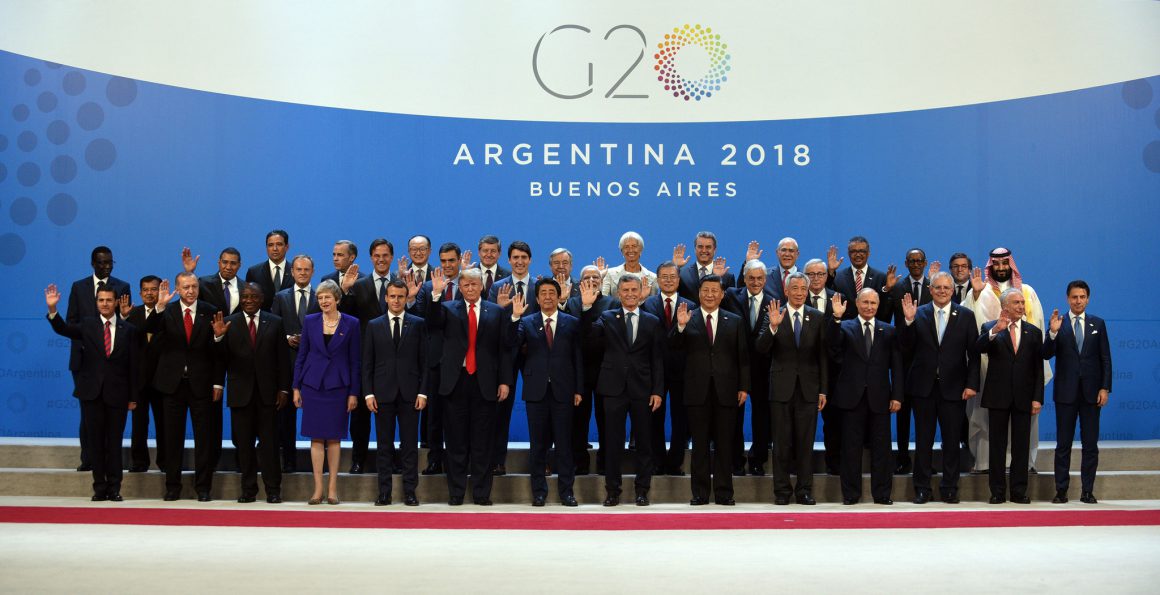 G20 leaders achieved no historic breakthrough in Buenos Aires. But at least the summit ended without any major damage to the global political atmosphere either.

As the dust settles down from the plumes that was the G20, it is a good time to look back at that weekend (30 November – 1 December 2018). The G20 leaders’ watered-down declaration was better than the APEC summit a few weeks ago, when the parties could not even commit to a common text. It marked no historic breakthrough though.

This is how the G20 fared on some key topics:

Climate Change: With the COP24 in Katowice within the sights of the leaders, the stress on the importance of climate change was not just underlined, but a highlighter was used too. The result: 19 out of 20 countries in the communiqué affirmed their commitment to the Paris Agreement. The lone stand-out, Trump’s America, which had initiated the process of withdrawing from the Agreement.

Trade: All participating leaders called for a reform of the World Trade Organisation (WTO) that would be deliberated upon during the next G20 meeting in Osaka, Japan.

NAFTA Becomes USMCA: The revised North American trading pact between the USA, Mexico and Canada was signed in Argentina on the side-lines of the G20 summit. Having committed to lambasting NAFTA, Trump could not but shower praise lavishly on the new agreement, though the US House of Representatives’ new Democratic majority have started to call for it to be changed.

US-China Trade Standoff: Though details are yet hard to emerge on the Trump–Xi deal, the ink of which has scarcely dried, it could be the one major positive issue that emerged from this G20 summit. The respite for the markets, however, has been short-lived at best. Further secrecy in revealing the finer details would hurt not just the US market, spill-over effects could be felt abroad too.

The Prince Whom None Wanted to Be Seen With: In the aftermath of the gruesome murder of the Saudi dissident-journalist Jamal Khashoggi, the G20 family photos had the Saudi Crown Prince cutting a sombre figure. Turkey’s Erdogan, under whose relentless pressure the issue has gone global, did laude the Canadian Prime Minister Trudeau for raising the issue in the formal meetings. Meanwhile, France’s President Macron had a conversation with the Prince that was caught on camera; Putin had his jovial tryst; while Britain’s May is said to have brought up Khashoggi’s murder during her bilateral sit-down with him.

Other issues that were mentioned in the final communiqué include access to education, digitalisation, infrastructure, food security and gender equality, to name a few.

Argentina set the bar low in terms expectations from the summit, which yielded hardly any changes to the world economic order. Nevertheless, as one former US National Security Advisor said, the world was still happy that no major damage was done by a wrecking ball.

This year’s summit of the G20 took place from 4 to 5 September in Hangzhou, China. The agenda once again went beyond the classical economic issues of growth, trade and investment, and covered climate change, the 2030 Agenda or Sustainable Development, Brexit and even terrorism and health issues. These summits are gradually turning into sessions of some kind of a Global Economic Security Council, if not of a Global Directorate bringing together the most important established and emerging world powers. Should the G20 remain a stage for those preferring the freedom of ad hoc actions than global multilateral scrutiny, or should it be integrated into the more legitimate UN structures, revitalizing them at the same time?

On 13 January, by a large majority, the European Parliament in Strasbourg adopted a regulation that had little impact but which is bound to change the whole picture of GM crops in Europe. The House gave the green light to Member States, empowering them individually to approve or ban the cultivation of GM crops in their national territories, rather than this being decided by the EU. Across the breadth of Europe, due to the broad social rejection of these crops, GM is virtually banned. But everything could change from now on.