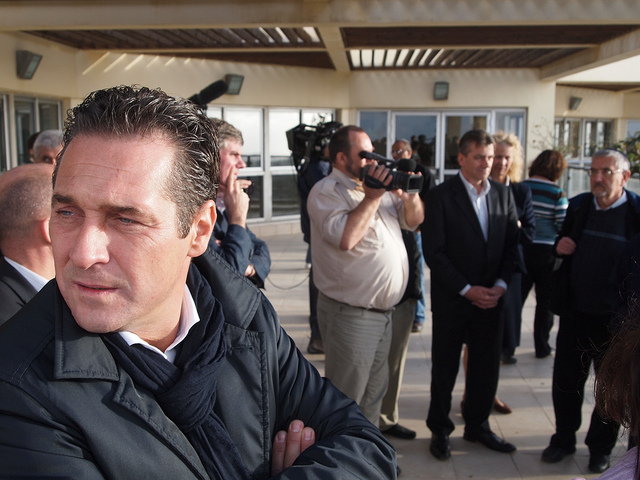 Norbert Höfer could be the next president of Austria. He won 36.4% in the first round of presidential elections on 24 April, the largest among the candidates. Höfer is the candidate of the Freedom Party of Austria (FPÖ), which is considered to be nationalist, far-right and anti-immigration. Green candidate Alexander Van der Belle won 20.4% of the vote and is the only remaining opponent. Up to this point, no Green Party candidate had ever gone to the second round of presidential elections in Austria. As neither of them obtained a majority, the two leading candidates will vie for the presidency on 22 May. The two finalists were followed in votes by Irmgard Griss, a former Supreme Court justice and the only woman candidate. She is an anti-corruption figure and ran as an independent candidate winning 18% of the vote, mostly from the political centre. Among eligible voters – the voting age is 16 – 68.5% cast their vote in the first round.

What happened to the governing parties? For the first time since World War II, socialists and liberals will not run in the second round for the presidency in Austria. The near 11% of the vote for each does not allow the socialist candidate and Labour Minister Rudolf Hundstorfer (SPÖ) and the liberal Andreas Khol (ÖVP), president of the National Council which is one of the two chambers of the parliament, to continue in the presidential race. Nevertheless, incumbent Chancellor Werner Faymann (SPÖ) and Vice-Chancellor Reinhold Mitterlehner (ÖVP) are not likely to reshuffle the government. Their mandate ends in 2018.

The refugee crisis and the terrorist threat played a key role in the success of the FPÖ candidate in Austria, similar to what happened in other countries in the European East, such as Poland, with the conservative Law and Justice Party or Slovakia, with the Slovak National Party, that are currently in the government. Last year, Austria registered about 95,000 asylum requests. The next presidential round will look like a for-or-against-refugees vote, with Van der Bellen the son of a migrant from Estonia and in favour of welcoming refugees, while Höfer threatens to dissolve the government if the parliament does not follow his lead regarding the migration issue. The president in Austria has primarily a representational role. However, voters seem to have voted for issues that interest them rather than for a person himself or herself.

Next month’s second round of presidential elections offers the Austrian voters only two choices—blue for the Freedom Party FPÖ and green for the Green Alternative. Will the latter manage to attract a broad enough coalition of voters, from the left to centre right, to win the election and save Austria’s honour abroad? If we look at France’s 2002 presidential elections, voters had to choose between far-right Front National leader Jean-Marie Le Pen and centre-right Jacques Chirac from Rassemblement Pour la République party. Chirac won with 82% of the vote in the second round. Nevertheless, the climate in France was different at that time than it is in Austria today.

Smear campaigns, threats and leaks: Austria’s general election campaign was not only the country’s longest ever, but its dirtiest too.