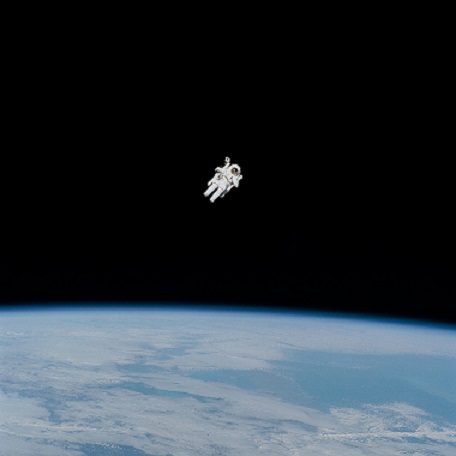 Photo by NASA on Unplash

In December 2019, President Donald Trump launched The United States Space Force, the first new US military service in more than 70 years. 5 months later, its division responsible for rescuing NASA’s astronauts during emergencies, will be assisting NASA and SpaceX during their first commercial crewed flight to the International Space Station on May 27th 2020. And the US is not alone. Countries such as China, Russia and Japan (to name a few) have also been increasingly investing in military and commercial activities in outer space. Outer space has been considered a global commons since the 60s, however these developments and the potential tensions that could ensue have revived old questions which need revisiting. Namely: who regulates outer space and what role will international law have in regulating future human activities in it? Why is outer space considered a global commons and why does it matter?

Global commons are physical or virtual areas, where resources are shared at the international level. Examples include the Antarctic, the high seas, and more recently cyberspace. Global commons are peculiar, as their shared nature inherently clashes with the way in which we usually regulate national territories. These areas do not fall under any national jurisdiction and are regulated by international law.

The exploration and use of outer space has been regulated internationally by the Outer Space Committee, which was set up by the UN General Assembly in 1959. It negotiated and drafted the 1967 Outer Space Treaty, which reflected the determination of states to make outer space a commons for all humankind. It provided that “outer space [..] is not subject to national appropriation by claim of sovereignty, by means of use or occupation.” It also forbade all weapons of mass destruction as well as the creation of military infrastructure in outer space, establishing that outer space should be used for peaceful purposes.

Yet, ever since Sputnik, human activity in outer space has not been so peaceful after all. It has since been increasingly used for military communication, signals intelligence, imaging, targeting, arms control verification and so on. The recent creation of the US Space force and the retaliation by Russia and China in developing technologies allowing them to disrupt or destroy US satellites, could very well provoke an arms race in space. This could have serious consequences as today outer space is of great importance for technological activities and scientific development. “Our daily lives depend on space. Every time you make a phone call, financial transaction or use Google Maps – it is dependent on satellite signals. In times of conflict, it would be easy to target those satellites. Space has the potential to be the new battlefield” explains Dr Cassandra Steer, executive director at the McGill Institute for Air and Space Law.

And these are not the only challenges. Indeed, activity in outer space is not only undertaken by states and the military but also by private corporations. It helps to know that the corpus juris spatialis does contain laws that can be applied to commercial undertakings in space. However, the issue is that such provisions relate to the prohibition of state appropriation of celestial bodies and do not forbid the commercial use of outer space resources. These are “enterprise rights” not “ownership rights” says Dr Leslie Tennen, partner at Sterns and Tennen and former Commissioner on the Arizona Space Commission. According to him, there are various situations where corporations use natural resources without having physical ownership of the areas such as offshore oil platforms, grazing rights, and more specifically for outer space: satellite orbits. This gap in the law creates uncertainty in relation to corporate undertakings in outer space.

As a response to these growing concerns, the Outer Space Committee proposed in 2018 a new Space2030 Agenda aimed at reinforcing international cooperation for the peaceful uses of outer space. Its objectives are to strengthen the role of the space sector as a major driver of sustainable development, to advance the societal benefits of space-related activities and ensure that all countries have access and can benefit socioeconomically from space science, technology and information. This initiative seems to be a step in the right direction. Given the current political tensions between the major space faring nations (i.e. Russia, the US, China, India and Europe) the Outer Space Committee will be a good forum for fostering such dialogue and encourage Member States to conduct bilateral, multilateral, regional and broader international space cooperation.

But is it enough? The more recent consolidated zero draft of the “Space2030” agenda and implementation plan in June 2019 still lacks practical measures and concrete deliverables that states can adopt. It mentions as its first objective the promotion of a sustainable development for the space industry, however it does not go further than that. There is no mention of any future global code of conduct to establish norms and standards to regulate corporate behaviour in outer space. The draft also lacks any reference to reporting obligations and what the indicators will be to track and assess the progress that will be made by countries in implementing the objectives of the Agenda. Also, many questions remain in relation to the enforcement mechanisms and whether there will be a sanctioning system in place.

These shortcomings will have to be considered in the upcoming negations of the Space 2030 Agenda to successfully address the concerns linked with human activity in outer space. After all, outer space is a common heritage of mankind. This requires cooperation to ensure a governance framework that encourages innovation and the long-term sustainability of outer space activities while preserving space for current and future generations.