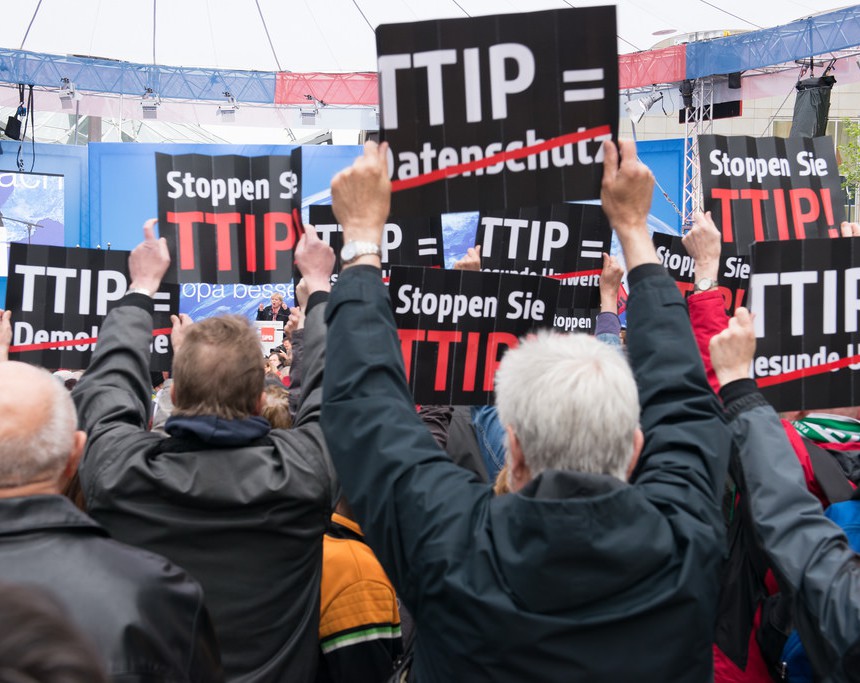 The decision has caused an angry session in Strasbourg. The United Left groups and the Greens have protested strongly and have blamed postponement of the vote on the fact that the large groups were worried that approval of a favourable position over the current TTIP negotiations would be jeopardized.

The political struggle has broken out over the limits on legal protection for foreign investors, after some Socialist MEPs made a pact with popular parties, liberals and conservatives to include in the report the controversial system of international arbitration courts (ISDS: Investor-State Dispute Settlement) for resolving disputes between multinational companies and governments.

This proposal is “subject to democratic principles and control, where all possible affairs are handled transparently by professional, independent and publicly appointed judges in open courts, and which includes an appeal mechanism to ensure consistency in judicial decisions and observance of the jurisdiction of EU and Member States’ courts”.

This mechanism has given rise to controversy in some European capitals due to the limitations on governments to be able to legislate in the public interest.

The postponement of the vote has been justified by the fact that the report by the German Socialist, Bern Langue, which was to be voted on Wednesday, received more than 200 amendments in the hours before the vote. According to the rapporteur, “the European Parliament will only succeed in giving a decisive message to TTIP negotiators if the resolution is supported by a large majority.”

While not binding, a resolution on the TTIP from all 751 seats which make up the European assembly would serve as a guide to European Trade Commissioner, Cecilia Malmström, in sealing a deal with the US. The Strasbourg chamber has the power to approve or reject it, but not amend any final agreement.

Proponents argue that the transatlantic pact will boost trade, job creation and economic growth. In contrast, its critics say it could undermine the decision-making capacity of Member States and affect the protection of job-related and environmental rights within the European Union.