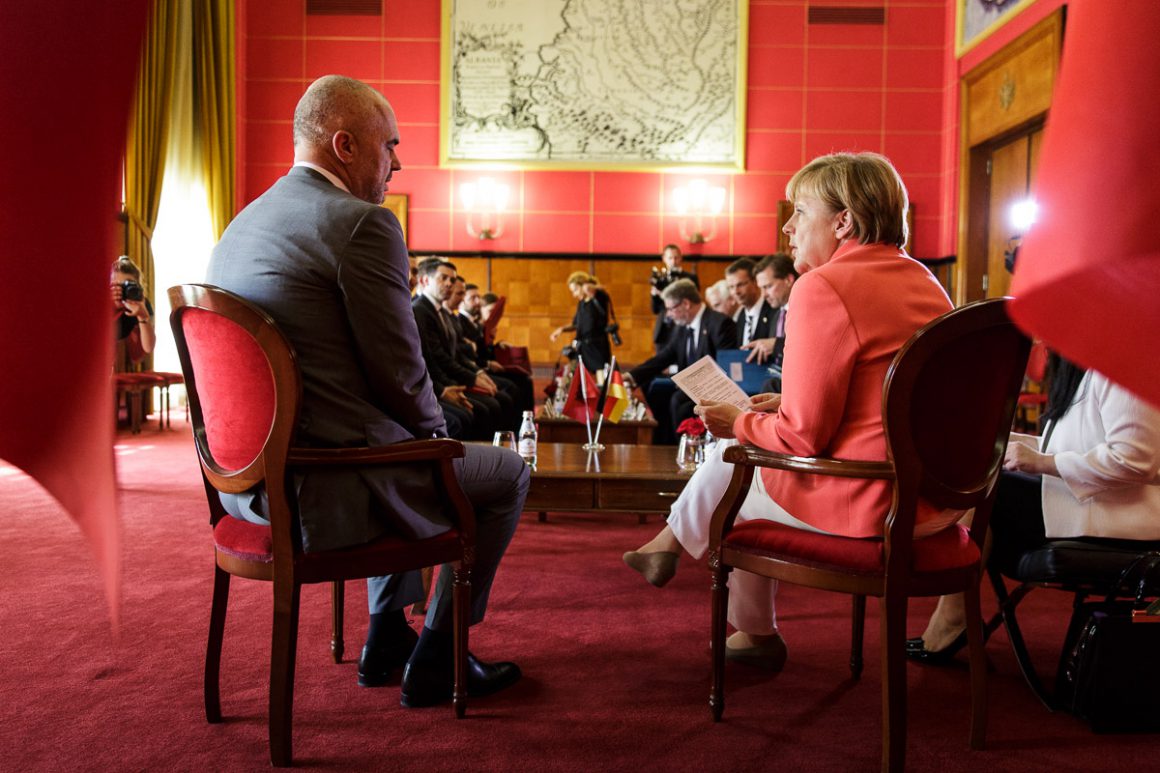 Taking time out of the Greek crisis, Chancellor Merkel set off on a tour of the Western Balkans (8-9 July 2015), reassuring the nations of Albania, Serbia and Bosnia-Herzegovina of her support for their eventual joining the European Union. The three Balkan countries have long been campaigning to be part of the 28-nation bloc and see their candidature jeopardized by the EU’s preoccupation with what is happening with Greece.

In order to alleviate fears of an EU about-face, Ms. Merkel stressed the importance of having the Western Balkan nations progress to full membership. She also made it clear that the painful reforms and social transformation these countries had to undertake as part of the accession process will pay off. Speaking in Belgrade, the German Chancellor stressed that “we are in a different situation [from Greece] here [in Serbia], in which the government is pursuing out of conviction a path that is not easy, but one which will— just as in Ireland, in Portugal, in Spain — yield success. I am firmly convinced of that.” She also spoke of the sharp increase in the number of refugees transiting through the Western Balkans and stressed that these countries should be helped. In an apparent reference to Hungary’s decision to erect an anti-migration wall on this border with Serbia, the Chancellor noted that “There is no point in every country trying to seal itself off from the others.”

While making her first stop in Albania, Ms. Merkel took pains to remove doubts that the European Union might have turned its back on the region: “May I tell you that it is in our own interests that our promise that the countries in the Western Balkans have a European perspective – that we realize this perspective, because that concerns our credibility.“ She assured her interlocutors that the accession process would take no longer than needed but noted that Albania would have to reach all required standards in order to become a full-fledged member of the European Union.

Angela Merkel, much like any other seasoned politician, knows very well that the Western Balkan countries can’t all be dealt with in the same way. The region is simply far too complex, with local enmities and expedient political interests adding to economic woes. The region has a history of ethnic strife that does not allow for coordinated progress towards EU membership, a malaise that diehard enlargement enthusiasts choose to ignore and hope to whisk away. And that is exactly the pitfall Ms. Merkel tried to avoid by wrapping up her Western Balkan trip with a visit to Sarajevo and a tribute to the victims of Srebrenica.

After urging Bosnian leaders to pursue reforms that would create jobs and bolster their country’s EU membership bid, Chancellor Merkel joined in observing the 20th anniversary of the Srebrenica massacre. Seeking closure and remembering Europe’s worst atrocity since the Second World War, Angela Merkel said that courage was needed from all side “to make sure that such horrible events never happen again.“