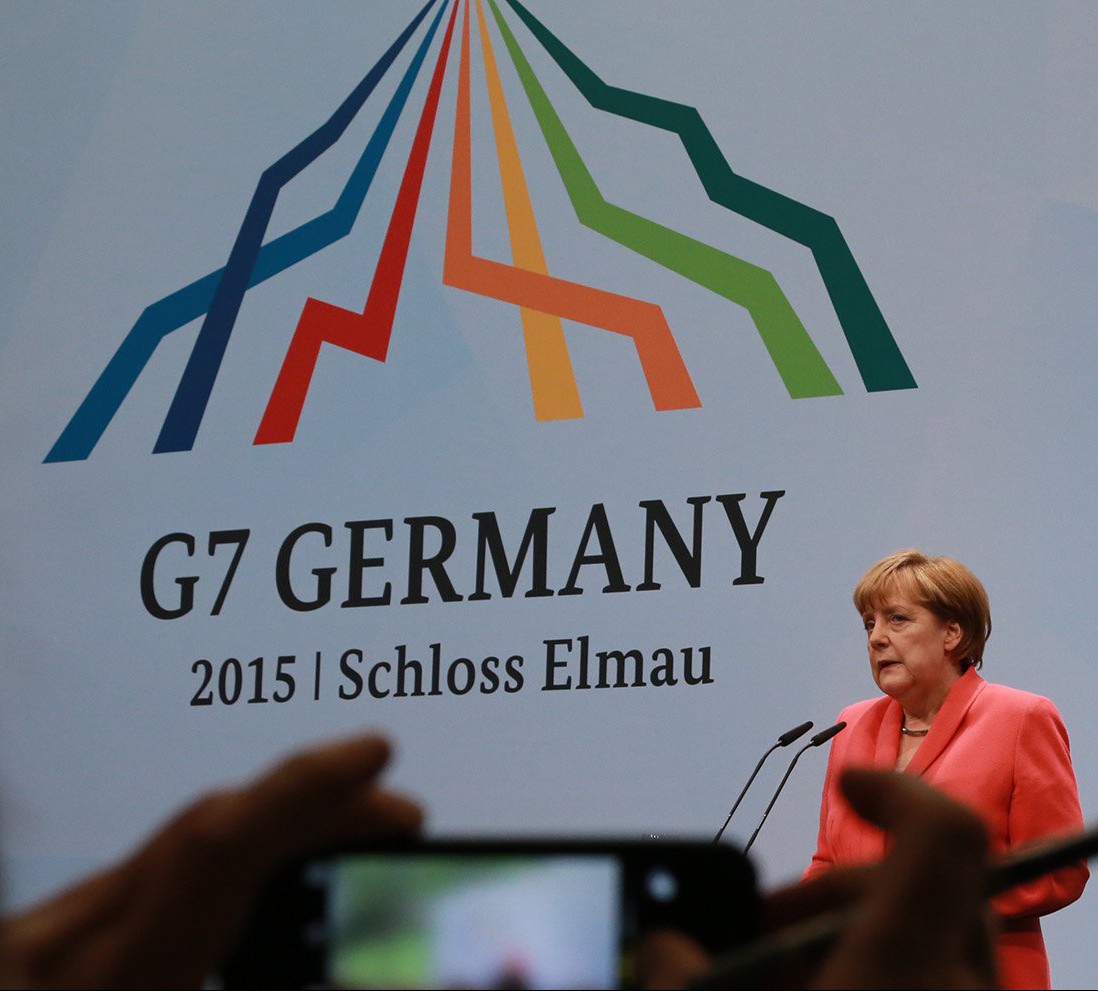 On the 7 and 8 of June, leaders of the world’s seven most advanced economies met in Schloss Elmau, Germany for their annual summit. These meetings include on their agenda the most complex challenges of our times and aim to demonstrate that, in the face of adversity, this powerful group of 7 stand together.  With the Alpine landscape providing a stunning backdrop for the talks, this year’s gathering was by no means short of noteworthy advances.

The G7 is an important political and economic gathering which attempts to address a wide range of the world’s most pressing issues. The advance of ISIS in the Middle East and the crisis in Ukraine dominated this year’s agenda with the earthquake in Nepal, the global economy, female entrepreneurship, nuclear proliferation, and the spread of Ebola and tropical diseases also discussed by the leaders. However, climate change has taken its place in the spotlight at this year’s summit with German Chancellor Angela Merkel viewed as leading the pack towards a head-turning commitment to “decarbonise the global economy”.

Environmentalists around the globe are surely celebrating as the world’s leading industrialised nations agreed to significantly cut greenhouse gases.  This will be achieved by phasing out the use of fossil fuels by the end of the century. The push came from Ms. Merkel, who persuaded the other G7 leaders to adopt ambitious emissions targets ahead of December’s Paris climate conference (UNFCCC COP 21).

For the first time, Canada, France, Germany, Italy, Japan, the UK and the United States, along with the EU that participates in the G7 meetings through the Commission and Council Presidents, have uniformly endorsed a target of 40-70% reduction in greenhouse gas emissions by 2050, compared to 2010 levels.

The response to the G7 move has been largely positive, with the European Climate Foundation quoted as saying this marks “the end of the fossil fuel age” and represents “an important milestone on the road to a new climate deal in Paris.” A spokesperson for the non-profit organization E3G stated that this was “a really helpful G7” and that “talking about the fact that they’re going to decarbonise the global economy” will prove advantageous to investors and businesses. Michael Jacobs, advisor to the Global Commission on the Economy and Climate, said that “to get the US, Canada and Japan to agree to this is a remarkable achievement by Angela Merkel and François Hollande, and a good sign for negotiations.”

In 1998, Russia formally joined the group, aptly renamed the G8. However, this is the second year that Russia has been suspended from attending the group’s annual meeting. At the end of the summit, President Obama led calls for sharpening existing sanctions against the Kremlin for its illegal annexation of Crimea and continued military involvement in Ukraine.

The Conference of the Parties (COP) to the UN Framework Convention on Climate Change (UNFCCC) is an annual event that has been attracting increasing attention in recent years, as the impacts of climate change intensify and are now visible virtually to all. The latest UNFCCC COP is taking place in Madrid, Spain, from 2 to…

.…And it is not just because of climate change. Increasing unrest around the world shows a deep dissatisfaction of large numbers of citizens with unpopular decisions and corruption that the ruling classes are engaged in. It is not just a new Arab Spring, although it is expressed in the Arab world too, notably Lebanon, Iraq…