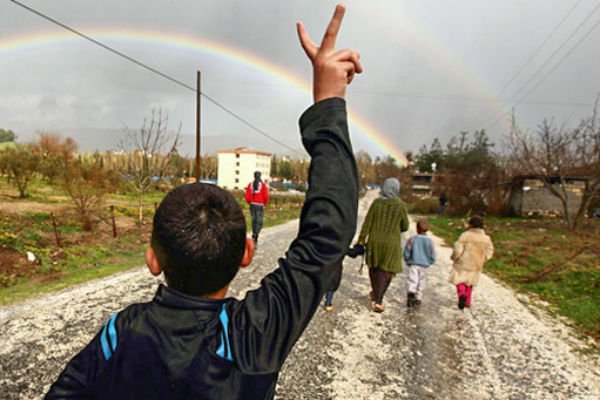 The refugee crisis has revealed rifts among EU member states trying to cope with the influx of asylum seekers who hope to make their way to the wealthier parts of Europe. EU leaders are acting in very different ways: some, albeit very few, are taking the humanitarian high ground, while others are either cherry-picking which refugees are permitted to enter their countries or closing their borders altogether.

According to the UN Refugee Agency, more than 4 million refugees have fled Syria since the onset of the war in 2011. Almost 1.8 million have fled to Turkey, 600,000 to Jordan and over 1 million have found relative safety in tiny Lebanon. In Europe, Germany is expected to take in around 800,000 asylum seekers, with the figure likely to hit 1 million by the end of this year. Germany’s decision to temporarily waive the Dublin Regulation in the case of Syrian Refugees has been met with mixed reactions. The European Union hailed the move, as weary refugees made their way to Munich after being stranded in Hungary. Angela Merkel said that Germany would be taking all the necessary measures to speed up asylum procedures but also made calls to other EU member states to step up to the plate and share the burden in a fair and just way.

Both France and Germany are urging the EU to embrace a more equitable distribution of asylum seekers and the establishment of a mandatory quota system which legally binds each member state to grant entry to a certain number of refugees. French president François Holland wants a “permanent and mandatory mechanism” to share refugees at the EU level. Yet the country’s reluctance towards hosting large numbers of refugees is evident, with a recent poll reflecting that well over half of its citizens oppose the German approach.  The French far-right leader Marine Le Pen was quick to score points with voters by speaking out against the Syrian refugees, claiming that “Islamist fundamentalism will grow even more with this uncontrolled immigration.”

More recently, countries from Central and Eastern Europe have come out against EU’s mandatory quotas, with some of them cherry-picking refugees based on their religious affiliation.  Late last month, Slovakia’s interior minister infamously said that his country is willing to take in 200 refugees but only if they’re Christians. The Polish prime minister followed suit describing Poland as a Christian country with a particular responsibility to help Christians. Even one of the EU’s newest member states has expressed opposition to joining the burden-sharing scheme, with Bulgaria’s prime minister Boyko Borissov concerned that accepting Muslim refugees could upset the country’s fragile religious make-up.  Similar statements have come from the Czech president and the Estonian minister of Social Affairs.  But probably the most blatant anti-refugee stance comes from the migrant-wary Hungary. The country has stepped up work on a border fence to help quell the flow of refugees crossing its border with Serbia and has been toughening its asylum laws.

Later this week, European Commission President Jean-Claude Juncker is expected to announce specific plans for tackling the wave of migrants. Binding quotas are expected to be imposed in order to distribute an additional 120,000 asylum seekers, expanding upon the need for the relocation of the already 40,000 migrants based on the scheme proposed in May.