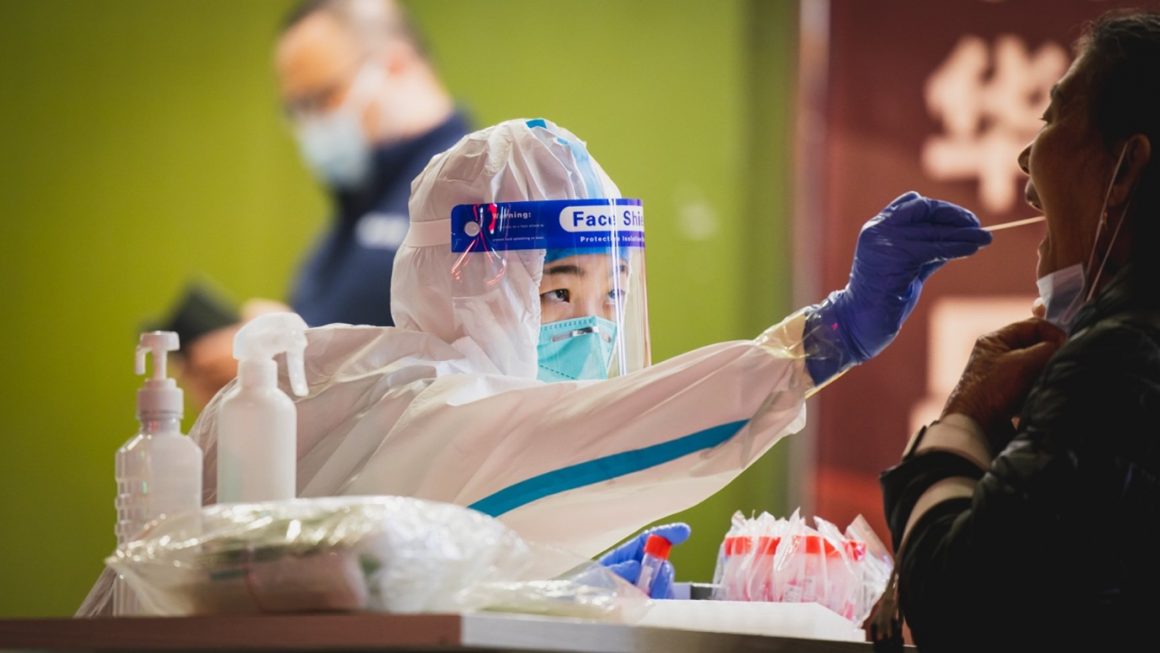 Xiaoxiao Cao is the Junior Associate of FOGGS. She is a graduate student from the School of Advanced International Studies (SAIS) at Johns Hopkins University, majoring in International Economics and International Development and minoring in Energy, Resources, and Environment (ERE). Her research interest lies in human rights and sustainable development.

Since the COVID outbreak in Wuhan in 2020, China has blocked its borders and implemented a zero-Covid policy. It has been proven effective in the past two years. China has successfully limited its cases to around 5 million, and the deaths to only 21,761. This is very low compared to America, whose cases have been up to 86.8 million, and the number of fatalities is around 1 million. This policy did save a lot of lives. And it has been seen as a success by China’s government and many Chinese people.

But what is the cost?

Let’s take a close look at the zero-Covid policy. What does it mean? In China, the policy consists of two major parts. “External prevention of new cases imported” and “Internal prevention of cases rebound.” The former requires strict border controls. Foreigners cannot enter China. Chinese people entering China from abroad must provide two negative PCR certificates and serum IgM antibody testing within 48 hours. And then, they need to undergo 14 days of mandatory quarantine at a hotel and seven days of home quarantine. This policy lasted for more than two years and has been changed into 7+3 recently, which is seven days of compulsory quarantine at a hotel and three days of home quarantine. At the same time, China has a “fused measure” towards airlines if their passengers are tested positive after arrival. For the same airline flight, if the number of passengers with positive PCR test results after entry reaches 5, the company’s route will be suspended for two weeks; if it reaches 10, the company’s route will be suspended for four weeks. At the same time, they have a policy of “one flight per week for one airline from one country”, and the passenger load factor of each flight shall not be higher than 75%. Due to this, the number of international flights to China is very low, and the price is stable and high, around $8000-$9000. The high price and long quarantine make many people wanting to go back to China feel overwhelmed.

Also, not all people are lucky enough to get their freedom after the 21-day quarantine. The following is an illustrative case: A Chinese lawyer Liangquan Xue works in California. He went back to China to visit his parents in January 2022. But two days after he arrived, he tested positive in the quarantine hotel. So, he was transferred to the hospital. And after six weeks of treatment and observation, he finally got freed. But only two days later, someone called him and told him that a man who rode with him on a bus had tested positive, so he was in close contact with the patient and needed to quarantine for up to 2 weeks. This is not the end of the story. After spending another two weeks in quarantine, he tested positive again. And then he needed to spend 2 weeks in hospital and 2 weeks in quarantine again. It was the 31st of March when all quarantine ended for him. But he was exhausted and decided to book a flight back to California. He spent almost three months in China but only got two days’ free time, and he didn’t get to see his parents.

Those who want to go back to China can’t go back, and those who want to go out of China can’t go out either. China implements a policy of not going abroad unless necessary or urgent. The National Immigration Administration strictly examines and approves the issuance of entry-exit passports for citizens. That is to say, people are not allowed to travel abroad unless they are going to study, work or visit family.

For “Internal prevention of cases rebound”, China has a complicated system. When a confirmed Covid case is found, an epidemiological investigation, isolation of close contacts, and control of the scope of the virus are carried out at the same time as medical admission to reduce the spread and the number of confirmed cases. This measure is complemented by a location tracking application called “Health Code”. The application automatically generates a QR code by filling in personal information such as health status, travel history, place of residence, and whether the person in question has been in contact with suspected or confirmed Covid patients. “Health Code” is required for people to go to other cities or go to offices, grocery stores, and public transportation. In some cities like Shanghai and Beijing, people must take a PCR test every one to three days to sustain their green health code.

But even with such strict measures, Omicron has caused a Covid explosion in Shanghai, causing around 0.6 million cases from March to June 2022. Shanghai and another 45 cities experienced complete or partial lockdown in the four months, bringing a massive cost to China’s economy and disrupting people’s lives. People were facing shortages of food and daily necessities, and in some places epidemic prevention personnel even broke into positive patients’ homes and killed their pets because they believed that pets could also spread the virus. The large-scale testing China currently conducts is very costly. The cost of PCR testing from the pandemic is about 300 billion yuan, around 44.8 billion USD, nearly half of which was spent in the first four months of this year. 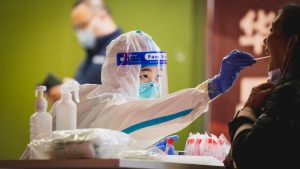 UBS has cut its forecast for China’s 2022 GDP growth to 3%, which is way lower than China’s 5.5% growth target set at the beginning of the year. The difficulties facing the nation’s economy are more significant than in 2020, at the start of the coronavirus outbreak, with indicators including employment, industrial production, power generation, and freight trending down in recent months. The urban unemployment rate hit 6.1% in April 2022, the highest since March 2020. The unemployment rate for the young people aged 16-24 was 18.2%, the highest since 2005, when the government began monthly tracking.

With such a massive cost to both individual freedom and the economy, the question is: Can China maintain the zero-Covid policy for much longer?

The answer is “it probably has no other choice but to do so”.

From the perspective of public health, the vaccination rate of the elderly and infants in China is relatively low, and the vaccines China uses have limited effectiveness against the Omicron variant that now prevails. An abrupt opening may expose China to a medical crisis if there are insufficient emergency beds. The situation in Hong Kong at the beginning of this year is a good example.

Before the pandemic, the number of ICU beds per 100,000 people in China was only about 5, far lower than Germany’s 24.6 and Canada’s 13.5. Even with rapid expansion in the past two years, it is not enough to bridge this gap. At the same time, China is also facing the highly uneven distribution of medical resources in urban and rural areas. These conditions all mean that China would suffer many deaths if it lifted the pandemic restrictions. 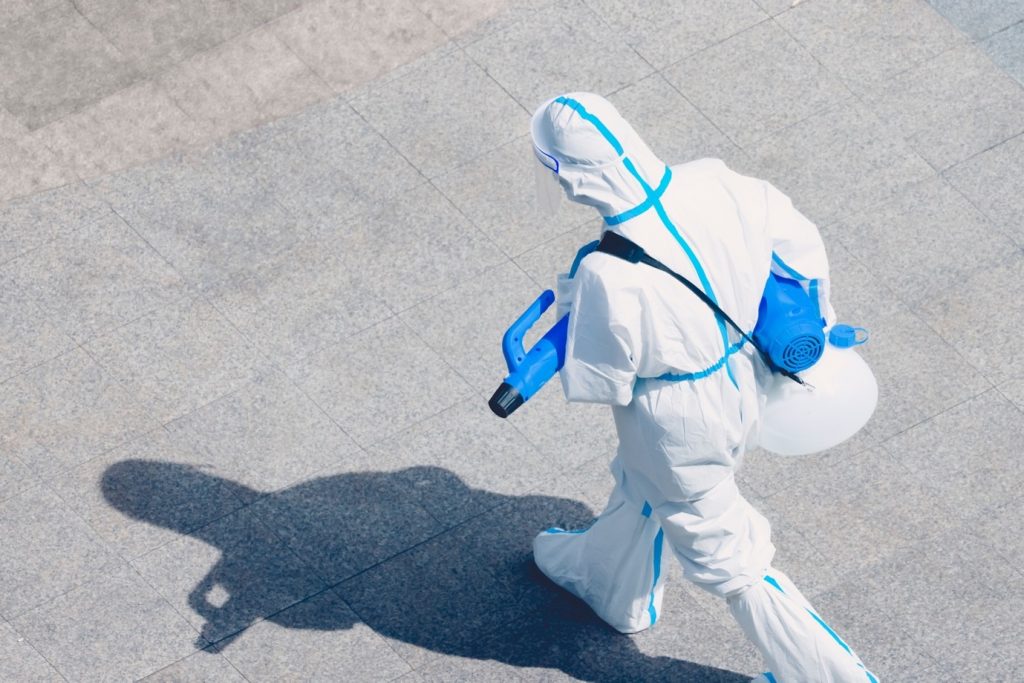 Also, China’s mainstream media is still in mass propaganda about the uncertain aftermath of the Covid virus, pointing to unknown long-term damage to the human body. Therefore, most people are still terrified and vigilant about the virus.

From a political point of view, fighting the pandemic is a political action and the determination with which it has been done is regarded as an outstanding achievement of the Chinese Communist Party (CCP). The CCP is expected to hold the 20th National Congress in October 2022, at which the new country leadership will be elected. Since China has amended the constitution and abolished the president’s term limit, the current leader Xi Jinping is expected to be re-elected for a third term. Therefore, the CCP wants to consolidate its legitimacy by successfully responding to the pandemic in the lead-up to the 20th National Congress. There is a view that after the 20th Congress, due to economic pressure, the epidemic policy may carry out some relaxation and do some opening under the premise of controllability. However, the possibility of a complete opening in the short term is slight.

Xiaoxiao Cao is the Junior Associate of FOGGS. She is a graduate student from the School of Advanced International Studies (SAIS) at Johns Hopkins University, majoring in International Economics and International Development and minoring in Energy, Resources, and Environment (ERE). Her research interest lies in human rights and sustainable development.

G20 leaders achieved no historic breakthrough in Buenos Aires. But at least the summit ended without any major damage to the global political atmosphere either.