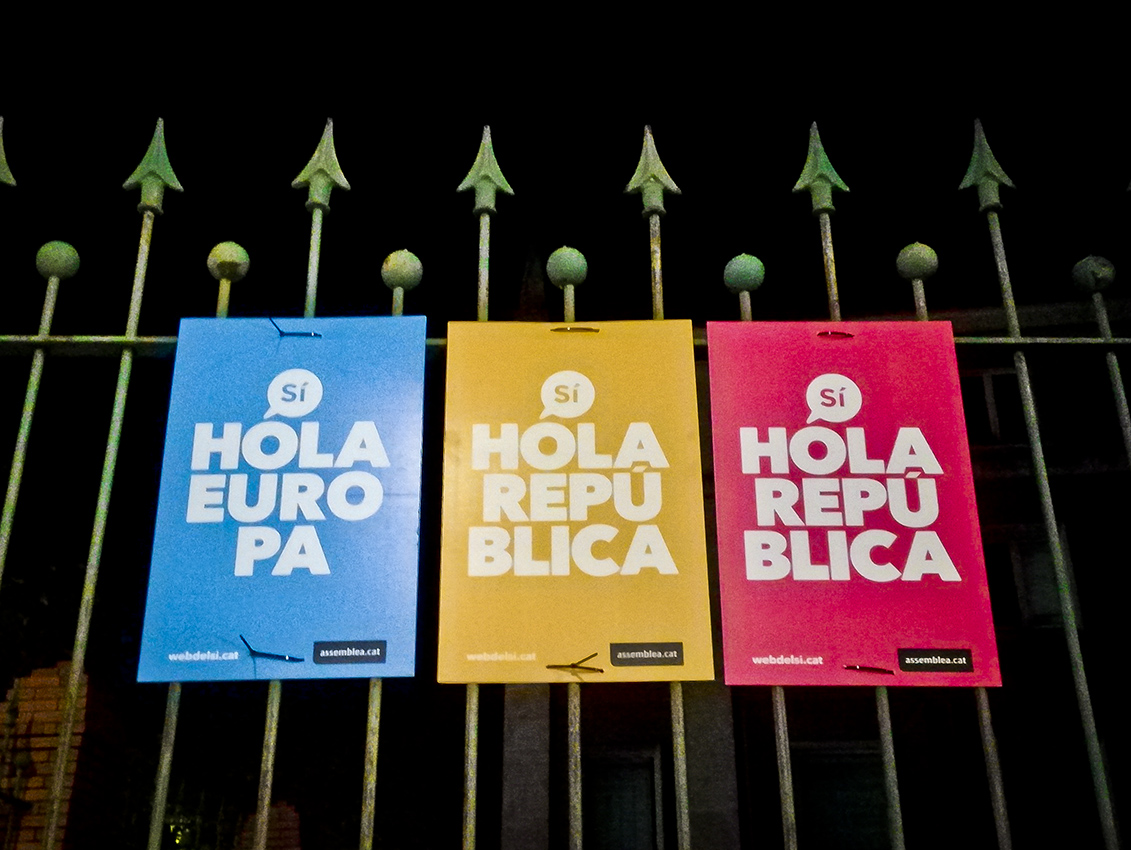 Europe needs to rethink the way it is governed, at all levels, otherwise Catalonia’s attempt to break away will just be a taste of things to come.

Last weekend was a dramatic one on the Iberian Peninsula. As the Catalans were voting on their independence, the Spanish government decided to crack down on the voters and peaceful protesters using violence and excessive force.

With almost 900 people injured and shameful pictures released by the media, one could wonder how all this was helping Mariano Rajoy‘s conservative government in its cause. Even if Rajoy was justified in his objections to the Catalan independence referendum, he has certainly lost people’s support not only in Catalonia, but in the rest of Europe too.

Madrid is correct in its claims that the referendum was unconstitutional by law. But laws are not written in stone. If circumstances or the will and needs of the people change, then reforms must follow new realities.

The Spanish government, after years of economic crisis, high unemployment rates, corruption, lack of opportunities for its youth and austerity, showed little competence in dealing with people’s needs. That gave the separatists a perfect platform to gain momentum and push for their cause, similarly to how, in other EU nations, we’ve seen the rise of “radical” political parties and movements.

As part of a larger political system, richer regions are obliged to support poorer ones. That is also the case in any given nation state. Take Finland for example. Its southern regions are much richer and more developed than the northern ones, to which they provide considerable financial support.

Such differences in the distribution of wealth and inequality can be blamed on a lack of resources or infrastructure in poor regions, as well as corruption and mismanagement. If each rich region wanted to break away from the poorer ones, we would not have a Europe of nations, but revert to the feudal, divided and fragmented continent of the past.

However, while from the outside it might seem a homogeneous country, Spain is in reality a multi-ethnic society that has never had a proper debate or soul-searching exercise on its identity. From the imperial days to the dictatorship of Franco, its peoples, it seems, have never had a chance to properly work out how to co-exist or manage their affairs.

And that perhaps is why the EU has remained so quiet during these days. If Spain – but also Belgium and the UK, some of the Union’s oldest member states – cannot function smoothly as a federation, how can Europe succeed in creating a far bigger, more diverse, integrated society and governance?

Can Europe’s unification project learn from the mistakes of Spain? If this country, which has existed in its current form for centuries, still fails to convince the Basques or the Catalans to accept their dual identity, what chance does the EU have?

Another major failure of the government in Madrid is that it failed to mobilise the Catalans who want to stay in the Spanish union. Instead, it seems to believe that relying on the fact that the Spanish constitution prohibits such referendums and issuing a violent crackdown on the voters would solve the problem.

But it backfired on them. Maybe it would be better if they allowed the democratic process to take place, yet become active in it by encouraging the majority of the people who want to remain in Spain to go to the voting stations and cast their votes against independence.

Only around 42% of the electorate voted, 90% of which supported independence. If the other 58% were motivated to take part, maybe the outcome would have been different. In addition, it could have started a positive campaign to convince the Catalan electorate, rather than arresting its elected officials.

It is regrettable that the people of Spain have been caught in a vicious internal power struggle between the local and central governments of their region. It is also sad to see that nationalism is rising in Europe in all forms. From Brexit to the Scottish and Catalan independence bids, the rise of far-right and Eurosceptic political parties, xenophobic, anti-immigrant and anti-refugee sentiments based on fear, the crisis in Europe does not seem to be subsiding.

A new form of governance

When will Europeans feel comfortable with multiple identities? One could be Catalan, Spanish and European, or Corsican, French and European. Instead of seeking constant fragmentation, perhaps we should allow more freedom and autonomy for people and regions, while maintaining a central form of government to coordinate, not dictate to its citizens.

The developments in Catalonia will no doubt be felt by the rest of Europe and the EU. Apart from any economic, social and identity turmoil or instability that will most likely spill over to other Spanish regions with the same aspirations, many other parts of Europe may soon be inspired to follow suit. Or they may simply lose the appetite for European integration, seeing the failures of the Spanish government.

Yet we need to remind ourselves of where fragmentation leads. We could see the “Balkanisation” of the Iberian Peninsula, which could cause instability for the region and Europe itself, in a period when we are only just coming out of a harsh economic crisis. It could take decades for Spain and Catalonia to settle their differences, even if the crisis does not escalate into an all-out conflict.

That could push the eurozone recovery further back, with consequences that will be felt in all other member states. Therefore, Europe must support and encourage the governments in Madrid and Barcelona to settle their differences – peacefully – once and for all.

Europe and its nations need to radically rethink the way they are governed in order to avoid similar crises in the future. It is time to stop burying our heads in the sand.